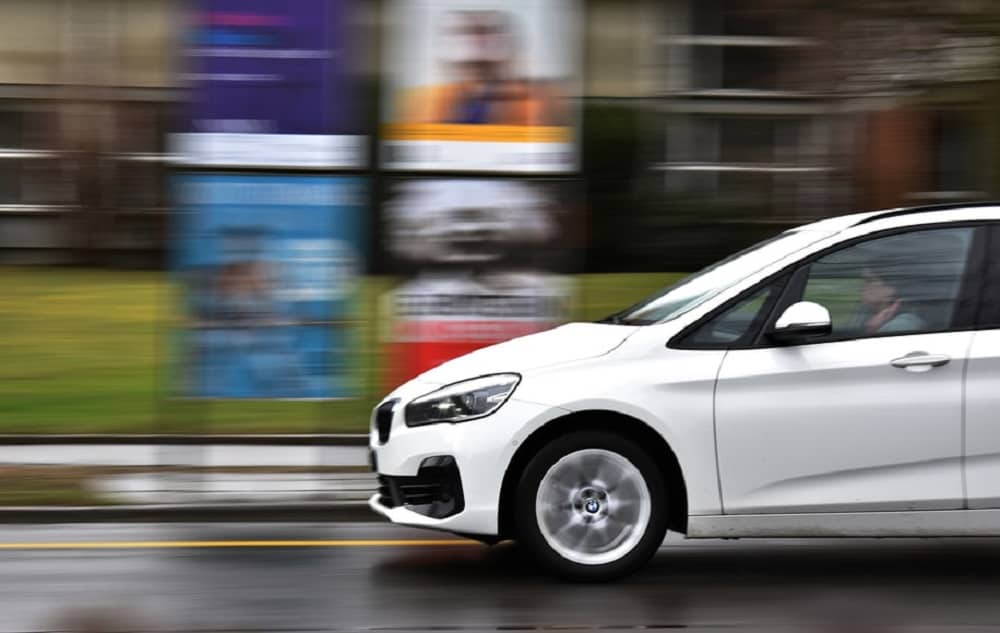 Mississauga is launching a road safety campaign to slow down speeders. (Photo: Unsplash)

Mississauga launched a road safety awareness campaign today in an effort to put the brakes on lead-footed drivers who’ve so far killed four people in the city this year.

“Collisions are preventable and any loss of life on our roadways is unacceptable,” said Mayor Bonnie Crombie, noting speeding continues to be a serious issue in the city. “In Mississauga, we’re continuing to take action to…keep all road users safe and reduce injuries and collisions on roadways. This year, we’ve lowered speed limits in neighbourhoods and school zones, and installed Automated Speed Enforcement cameras in specific areas of Mississauga.”

City officials say four people have been killed in speed-related collisions so far this year in Mississauga, and they’re working with the Region of Peel and Peel Regional Police to tell drivers to slow down.

“If you’re driving any amount over the posted speed limit or too fast for certain road conditions, such as bad weather or road construction, you’re speeding,” said Ward 9 Councillor Pat Saito, chair of the Road Safety Committee. “…speeding has consequences. Collisions result in injuries or fatalities, whether it’s another driver, passenger, pedestrian or cyclist. You may think speeding is fun and harmless, but it’s not. There are many families who have lost a loved one and many victims who continue to deal with life-altering injuries.” 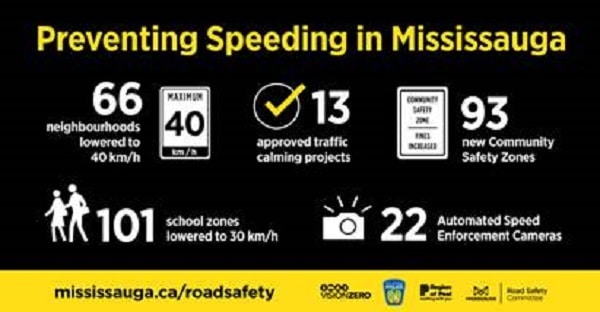 So far this year, Peel police have issued more than 7,450 speeding tickets and 285 stunt driving charges in Mississauga.

Penalties, even for a first offence, are severe. Immediate penalties include a 30-day licence suspension and 14-day vehicle impoundment. Fines range from $2,000 to $10,000 and six demerit points.

“Speed is consistently identified as a contributing factor to motor vehicle collisions. When driving, slow down, obey speed limits and give yourself and others a chance. Our shared goal: zero injuries and zero fatalities on our roadways,” said Peel police Road Safety Services acting Inspector Allan Villers.

This month, our Road Safety Committee is rolling out an awareness campaign urging drivers to slow down and follow the rules of the road to prevent collisions.https://t.co/zbso80ZKyc #VisionZeroSauga pic.twitter.com/LTBCGebQdu

Mississauga has implemented a number of speed-reducing measures across the city, and as of today has 11 Automated Speed Enforcement cameras operating in Community Safety Zones near schools. By December, the plan is to have a full complement of 22 cameras.

“We have multiple programs and initiatives to slow drivers down. This year, we’ve deployed more than 50 ‘slow streets’ and speed radar devices on 128 roads to make you aware of your speed, and designated 93 new Community Safety Zones where the speed limit has been reduced and the fines for speeding have been doubled,” said Geoff Wright, the City’s commissioner of transportation and works.

The “Slow Streets” initiative is a temporary traffic calming measure that involves installing barricades and signs on streets that encourages drivers to slow down and share the road with pedestrians and cyclists as well as other cars.