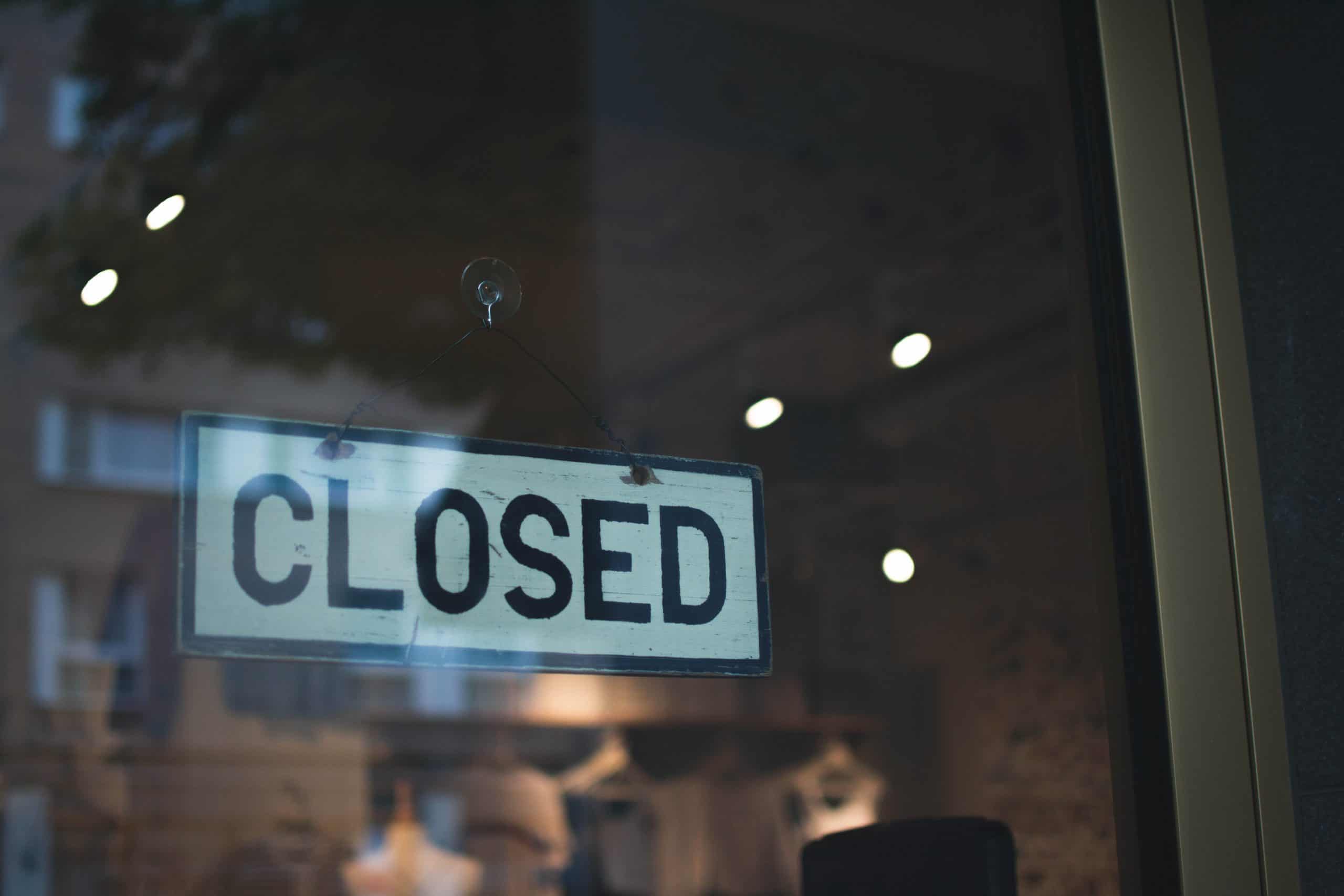 A little more than two weeks into “Stage 2 lite” in Mississauga, local restaurateurs are getting desperate for not only help, but answers as to why they’ve been targeted for restrictions despite abiding by COVID-19-related rules and regulations.

“Since March, we have seen a number of restaurants close their doors because of this pandemic. It has been heartbreaking to see so many great places and operators lose their businesses,” Vince Angheloni, owner of Solstice Restaurant & Wine Bar in Clarkson Village, told insauga.com.

“The announcement that was released [on Oct. 9] was a dagger to the Mississauga restaurant scene. Having just hours to prepare ourselves was an impossible task. Like many of our restaurant friends, we had thousands of dollars of product on hand to serve our guests for a busy Thanksgiving weekend.”

Although Dr. Lawrence Loh, Peel’s Medical Officer of Health, just announced that the Region of Peel (Mississauga, Brampton and Caledon) is officially in its second wave of COVID-19 after recording over 400 new cases over a two-day period, restaurants were never identified as a significant driver of virus transmission in Peel prior to the province suspending indoor drinking and dining earlier this month.

In fact, during an Oct. 8 press conference, Mississauga Mayor Bonnie Crombie said that most new cases of COVID-19 in Mississauga (and Peel overall) were linked to workplaces, household clusters and private social gatherings and not bars, restaurants, or gyms.

At the press conference, Crombie and Loh said that Peel’s situation differed from Toronto’s, where about 18 (44 per cent) of 45 community outbreaks recorded between Sept. 20 and 26 were linked to restaurants, bars and entertainment venues. Loh said the picture was different in Peel, a region made up of multi-generational detached homes and more outbreak-prone workplaces such as factories, manufacturing plants and warehouses.

Just one day later, however, Chief Medical Officer of Health Dr. David Williams announced that Peel, Toronto and Ottawa would be rolled back to a modified Stage 2 in a bid to stop the spread of the novel coronavirus.

Peel-area restaurants were told that indoor dining would be prohibited as of 12:01 am on Oct. 10, while York Region restaurateurs were given the weekend to wind down service when they were rolled back a week later.

On Oct. 9, the province said it was working with the federal government to make $300 million available to assist significantly affected businesses such as restaurants with fixed costs, including property taxes, hydro and natural gas bills.

At an Oct. 14 press conference, Crombie and Loh surprised some residents and businesses by speaking out in favour of greater restrictions on local bars, restaurants and gyms, citing potential spillover from Toronto as justification for Peel’s rollback.

Crombie also called for more GTHA regions to be rolled back.

“The reality is that closing businesses in one jurisdiction has the potential to cause a spillover effect in neighbouring regions. If businesses are closed in Toronto and not in Peel, residents may travel here to visit our bars, restaurants or gyms and cause our numbers to spike,” Crombie told reporters.

“The same could be said across the GTHA, which is why I asked the Premier [Doug Ford] to extend these restrictions to other regions that border Peel and Toronto.”

As of now, restrictions on indoor exercise and dining will be in place in Mississauga until at least Nov. 7, with no guarantee that Peel will return to Stage 3 after the 28-day period is up.

Restaurateurs told insauga.com that they feel unfairly targeted, especially since they were following rules.

“All week we heard Doug Ford, Bonnie Crombie and Dr. Loh say that the COVID transmission was not coming from restaurants in Peel and we would not need to close once again. Because of this information we proceeded to prepare for the weekend,” Angheloni says.

“Peel health had no answers for us we called to learn more.”

“I felt sad and frustrated,” he says.

“All my staff again will have to be cut hours. [We] didn’t have much indication [that it was coming].”

Tsouvallas thinks the rollback is unfair, especially since restaurants like his were complying with all health and safety protocols.

Tsouvallas, who says his restaurant is not receiving financial support at this time, is worried about the rollback lasting into and even beyond the coming holiday season.

“[I’m] concerned. I believe it will last longer than the holiday season, even until next spring,” he says.

“We felt like we had the carpet ripped from underneath us, all the hard work we put in over the course of Stage 3 to return to some level of normalcy had been taken away,” he says.

“We had no indication that a ban on indoor dining was coming. The one-day notice was quite difficult as we had a key wedding booked in the coming week. We were relying on the income from that event.”

Massimo Capra, a celebrity chef and owner of Capra’s Kitchen, says he saw more restrictions coming, but not quite so soon.

“I thought the immediate closure was very unfair considering it was Thanksgiving weekend and our fridges were fully stocked and we had a lot of reservations,” Capra said.

“We expected a closure given the conditions of the pandemic, we just didn’t foresee a quick order like that.”

Capra says the spur of the moment order seemed like a departure from the measured approach all levels of government had taken up until that point.

“I personally feel that the three levels of government are and have acted extremely well under the circumstances. This last move is a little absurd and, as I said, too quick considering the impact that it has on our business,” Capra says, adding that leaving nearby Oakville in Stage 3 further harms Mississauga restaurants–especially those on the Halton border.

“The problem is that just across the street in Oakville all is good and open, and for this reason our takeout is useless and all projected income is lost.”

While there has been talk about the province rolling Halton and Durham back, the Ontario government decided to hold off after receiving a letter from Halton leaders pleading for gyms, restaurants and other businesses to be spared due to lower numbers and more robust health care capacity.

Solstice’s Angheloni says the move to restrict Peel establishments is puzzling because the province has been unable to prove beyond a shadow of a doubt that restaurants are driving the high infection rates in Mississauga.

“There has been no data shared that restaurants are a problem,” Angheloni says, adding that his restaurant was doing its part to protect staff and diners.

“We added to our already strict cleaning procedures. All staff are required to wear masks, all touch surfaces are sanitized every 30 minutes and we fog the entire restaurant with a commercial machine two times per day. All guests are recorded for tracing and cutlery or glasses are only brought to the table once guests arrive.”

Some restaurateurs don’t just feel let down by the province, but by a city and region that they don’t feel is supporting them.

“[We] have asked for a tent or canopy but have to go through red tape.”

Capra also agrees that the city could be handling the crisis differently.

“I believe that the city should police more places where possible preventable infractions are committed, to this day I have not seen a health inspector come by.”

Others believe that the city has done its part and that it’s the province that isn’t listening.

“We feel like the Ontario government is not listening to what the Mississauga government has to say, even if they are advocating for us,” says Mondello’s Csuka.

Fortunately for some affected restaurateurs, financial support has helped keep them afloat, but fears of the shutdown lasting weeks or even months linger.

“Based on how case numbers are and if you look at how the initial lockdown happened in March, there is a high likelihood that this will move beyond 28 days. We really hope that this is not the case and that we can open our doors again at the beginning of November.”

Capra also says he expects not just a longer shutdown, but a series of rollbacks into 2021.

“From what I see around the world, I strongly believe that we will be closed now for a few weeks and then we will open through the holiday season only to shut down again in January,” he says.

At an Oct. 21 press conference, Crombie signalled that she will advocate for businesses desperate to reopen safely.

“I know many small business owners across Mississauga are very anxious about their futures. You have already sacrificed so much and now you’re being asked to do even more but I can assure you that we are monitoring our numbers closely and it is my hope that we will be able to return to Stage 3 shortly,” Crombie said, adding that she planned to ask for better oversight over lenders and insurance companies.

“I’ll continue to be a strong voice for our business community and will advocate for re-openings if, of course, we’re able to do so safely. I’m urging the prime minister and premier, along with Mississauga MPs and MPPs, to speak to the heads of the major financial institutions over the issue of small business loans being recalled and insurance being cancelled or dramatically increased. This simply cannot happen.”

Crombie also said that that the city will soon unveil a plan to extend Mississauga’s expanded patio program, as patios are allowing some restaurants to continue to serve dine-in customers in some capacity.

As far as patios go, some local restaurateurs are taking advantage.

“Yes, we will be trying to keep a winterized patio, but more as a holding area for people picking up and deliveries,” says Tsouvallas.

Others, however, say it’s not worth it.

“Our patio is too small to be profitable during social distancing,” Csuka says.

As for how diners can support restaurants through the next few weeks, most say that people can help out by ordering takeout and delivery while being mindful of the major charges some delivery services collect.

“The 20-30 per cent charges [by delivery companies] seem obscene due to the fact that the customer is already paying a delivery fee amongst other fees to receive their food. I believe 15 per cent would be a reasonable charge,” says Csuka.

“[But customers can help by] ordering takeout when they can. This helps keep moving product and for us to be able to keep a few core employees on.”

“We tried a delivery service and abandoned it immediately, everyone has the right to do business but even in regular times those fees are ridiculous,” he says.

“[Customers should] just remember we exist and continue to support our takeout as much as possible.”

Angheloni says that while leaders recognize that lives are at stake, he hopes they also consider the impact the shutdown is having on livelihoods.

“Mississauga has restaurants that have been open for over 40 years. Not very many cities can say that. We have a rich history of amazing dining experiences here. This is part of our past and our future,” he says.

“We can’t allow more people to lose their jobs.”