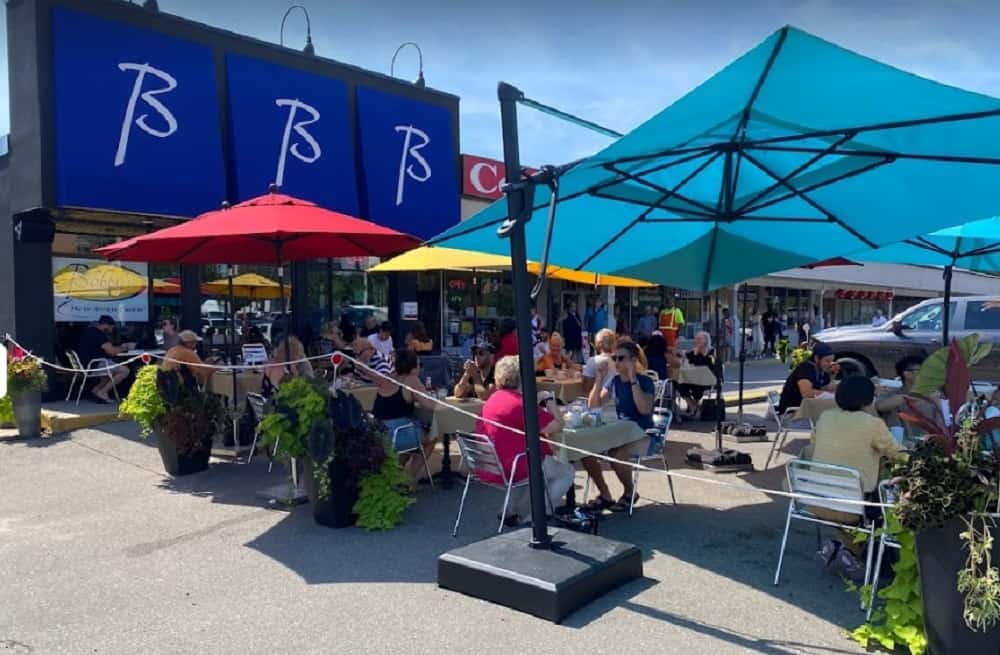 Dozens of Mississauga restaurants that have been allowed to set up temporary patios to help them recover financially from the COVID-19 pandemic can continue to do so for at least another two years.

City of Mississauga councillors, who earlier amended the City’s Temporary Use Bylaw to allow the patios to stay until Dec. 31 of this year, were initially considering a recent staff recommendation to let the restaurants keep the extra seating until the end of December 2022.

However, in seeking to make it easier on the businesses to plan and budget, councillors decided instead to extend the date an extra 12 months to Dec. 31, 2023.

And at that time, or sooner, they’ll consider another option presented by staff—to make the patio allowances permanent.

In tabling the amendment at a recent meeting of the City’s planning and development committee, Ward 1 Councillor Stephen Dasko said businesses he’s heard from in Port Credit told him the extension to 2023 would allow them to plan more effectively.

Dasko, who said the relaxing of the bylaw to allow the patios has proven successful to date, noted the restaurants and other businesses “…have been completely turned upside down since COVID-19 hit…and they’re looking for a little more certainty to plan with.”

Ward 5 Councillor Carolyn Parrish said that allowing the patios has brought about many compliments from people who described the atmosphere in the city as “really exciting.”

She added that in her previous travels, she noticed “…all the old cities in Europe, the streets are full all the time, even in rain and snow…” and that if Mississauga “wants to be an exciting city, we have to relax these rules.”

More practically speaking, Parrish said that business owners “who have made expensive purchases to open the patios need to know they can at least use them until the end of 2023.”

Describing the temporary patio program as a big success in Streetsville, Ward 11 Councillor George Carlson offered his support to the extension.

“The only thing was sometimes the (restaurant area) would be a little messy on the Monday morning…but they’re only messy because they’ve been busy and hopefully making some money. So, that seems like a minor problem,” he said. “Our uptight system we’ve cultivated since who knows when, maybe it’s time to relax the rules a little bit and let people enjoy the outdoors in this wonderful country of ours.”

In his report recommending that the City allow the patios to remain longer, planning and building commissioner Andrew Whittemore said the bylaws for outdoor patios and outdoor businesses “need to be extended to continue to support Mississauga’s businesses…” as they recover from the pandemic.

Beyond 2023, staff is “considering options for the long-term regulation of patios and/or outdoor recreational/entertainment establishments,” the report reads.

In his report, Whittemore noted that, to date, 24 patio permits have been approved to allow temporary patios on a public right-of-way.

But interest among business owners is likely much greater than that.

“Since temporary patios on private lands do not require a patio permit, it is difficult to determine the total number of temporary patios across the city,” the report reads. “However, approximately 100 inquiries were received regarding the temporary patio program, which indicates significant interest and success with the program.”