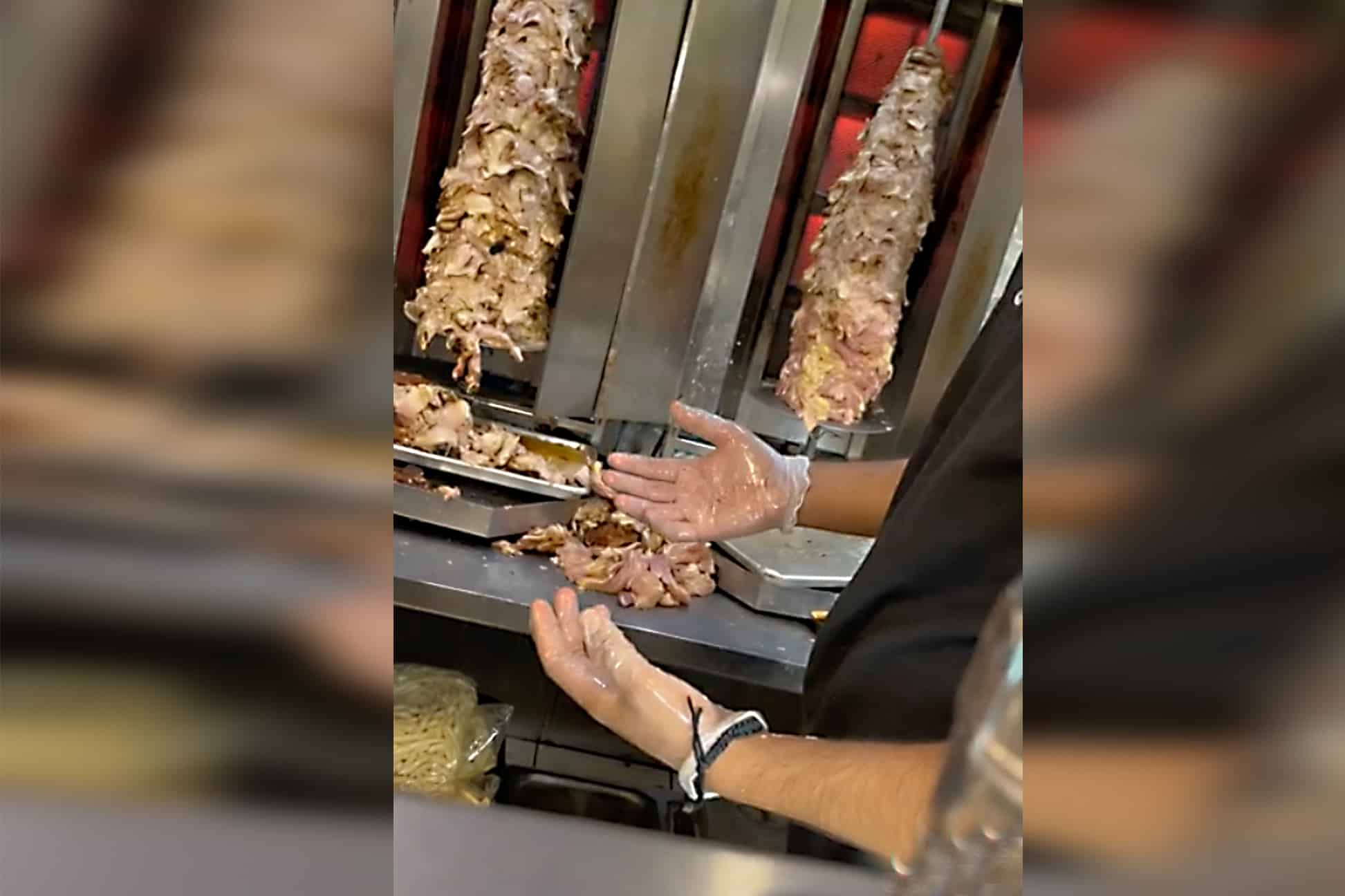 A staff member at a restaurant in Mississauga was caught on video mixing raw and cooked meat.

The video first posted on TikTok is now also on Reddit. It shows a staff member working with meat at Lazeez Shawarma at Mavis and Eglinton in Mississauga. He tosses what appears to be raw chicken into cooked chicken.

The customer filming on his phone comments on how the cooked meat is being mixed with the raw meat.

“That’s disgusting,” the customer says. “That’s not how you handle meat.”

Another person can be heard apologizing.

He has spoken to the owner of this shop.

“I already told the franchisee if he’s not going to fix his act I’m going to shut him down,” says Rana.

Lazeez has 52 locations in Ontario and this is the first time something like this has happened, he says. This particular location has been open for five years, he says.

He says the staff member in the video is a student and he has been fired. And he has asked the owner to have a staff meeting to review policies and procedures.

Lazeez Shawarma opened its first location in Mississauga in 2013.