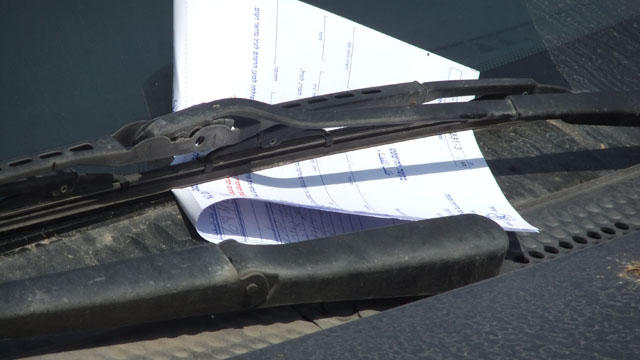 According to a recent Canadian Press article, Ontario has given municipalities the power to deny speed demons with unpaid tickets licence plates.

According to the article, Ontario cities are owed a whopping $1.4 billion (collectively, not individually, to be clear) in unpaid fines for provincial offences.

Now, the Liberal government is moving to give cities a little more power in this arena and the new policy should come into effect in May.

The policy will affect anyone with unpaid speeding or careless driving tickets. As of now, plates can only be withheld from people who have committed “vehicle-based offences” and have subsequently obtained fines for parking and red light camera infractions.

The CP reports that the Association of Municipalities of Ontario has been asking the government for more more tools to collect outstanding money for over 10 years. Since some fines date back 50 years and cannot be collected, the provincial government is making the policy retroactive seven years.

According to the article, about one-third of the defaulted fines are from the past seven years. While municipalities can’t recoup all outstanding money, the policy should help in some capacity.

“If they’ve managed to navigate the system to their benefit up until this point in time, it’s that much harder now for them to do it,” said Transportation Minister Steven Del Duca, as reported by The CP. “With any system that government puts in place there will always be those who will find creative ways to avoid playing by the rules, I suppose, but this is another opportunity for us to be able to get those fines collected and make sure people get a clear message that they can’t continue to act in this way.”

As of now, people who fail to pay traffic tickets face licence suspension as a consequence. This will be an additional headache, the province hopes.

The change is part of the province’s Making Ontario’s Roads Safer Act.