Mississauga residents will have their say on e-scooters 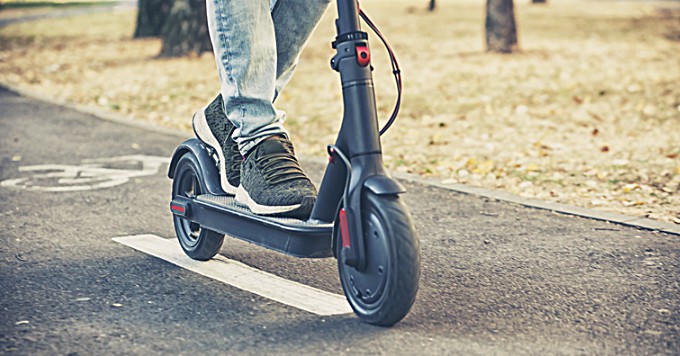 City of Mississauga officials want to know what people across the city think of e-scooters.

In the early stages of a five-year provincial pilot project launched last year to determine if the motorized devices are suitable to be operated on roadways, the City is seeking feedback to help chart the future course of its transportation system.

Essentially, City officials want people to share with them their experiences either operating an e-scooter in Mississauga or interacting with those using the two-wheeled, battery operated devices.

Responding to the growing popularity of e-scooters for both basic transportation as well as recreation, the Ontario government unveiled the pilot program in January 2020. It allows for the operation of e-scooters, which the rider operates while standing, so long as municipalities opt in to the program by adopting or amending their bylaws to regulate their use.

Under the pilot, the devices, which are equipped with a hand brake, lights, bell and kickstand, are allowed on roads with a posted speed limit of up to 50 km/h as well as all cycling infrastructure such as multi-use trails and bike lanes. However, they are prohibited on sidewalks, roads with speed limits above 50 km/h, city park trails and the Mississauga Transitway.

Furthermore, riders must be at least 16 years old and must wear a helmet up to age 18. Passengers, as well as actions like pushing or towing another person, are not allowed. E-scooters are allowed on MiWay buses, as long as there is space and accessible seating and aisles aren’t blocked. They are not allowed on the bike rack nor can they be ridden on the bus.

City officials offer several tips for operating e-scooters: travel in the same direction as vehicle traffic; travel on the shoulder of the road where no bike lane exists; signal intention to turn using on-board lights; obey all traffic signals and signs; and be constantly aware of surrounding traffic, especially at intersections.