Mississauga residents urged not to feed the coyotes 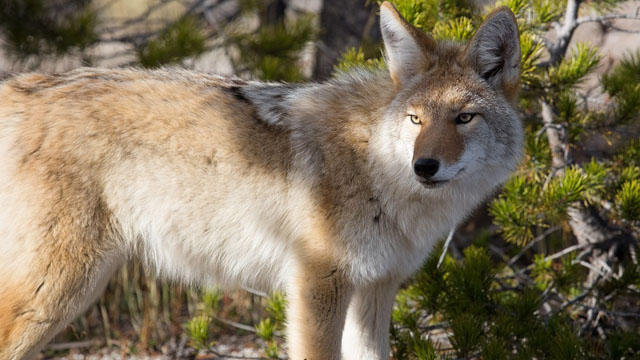 As Mississauga’s Animal Services officers strive to prevent coyotes from attacking small pets or even harming people, they have a clear message for residents.

Don’t feed the coyotes—or any other wildlife, for that matter.

Jay Smith, City of Mississauga manager of wildlife services, said while ongoing efforts to educate people about coyotes and other wildlife in the city have successfully driven the message home to many, others aren’t complying.

Some people purposely feed coyotes, a definite no-no and an offence subject to a $300 fine. Earlier this year, City Council upped that penalty from $100.

“People are either fearful of coyotes or they want to see them up closer, so they’ll feed them…throw food off the balcony (into greenspace areas). It’s a mixed response,” said Smith, adding that while the increased fine may deter many, his department is focusing more on educating residents to the pitfalls of feeding coyotes and other wildlife such as skunks and raccoons.

In many cases, he noted, people aren’t purposely feeding coyotes and other animals. Garbage not properly sealed/contained or birdseed falling to the ground from back yard feeders provide a tasty treat for unwanted animal visitors.

Last year, the City introduced an online coyote sighting/incident reporting tool for residents. The sightings/incidents are tracked on an online map.

“It’s a great tool. It’s eyes on the road for us,” said Smith, noting that the increase in reported sightings brought about by the online system doesn’t necessarily mean there’s more coyote activity.

In a report to General Committee earlier this year, Smith noted that, “Within the last year, reported coyote sightings have increased by more than 50 per cent in Mississauga. This is largely due to the launch of our coyote sightings interactive map. However, with increased sightings, changes to the Coyote Management Program are needed to address conflicts. This includes the widespread issue of wildlife feeding that leads to unwanted coyote activity.”

Smith added that while the commitment to keeping greenspaces in Mississauga is good for people, “it’s also good for coyotes, and other wildlife.

“People just need to know that we do have coyotes in the community,” he continued. “And precautions need to be taken.”

“The foundation of (the program) is to promote safe and harmonious communities for people and pets to coexist with coyotes,” said Smith. “It’s important for the public to understand the City’s role in its education and response efforts, as well as increasing awareness about coyotes in an urban city.”

Officials say if you encounter a coyote, do not feed it and stay calm and wait for it to go away. Further, do not turn your back and run, but rather look as big as you can, make noise, clap and wave your arms. If you have a flashlight, shine it at the coyote. If you have an umbrella, open and close it to make noise.

To protect your pets from coyotes, stay with them in the back yard, and keep dogs on a leash (no longer than six feet) while walking. And keep cats indoors.