Mississauga Residents Furious About Paid Parking on Some City Streets 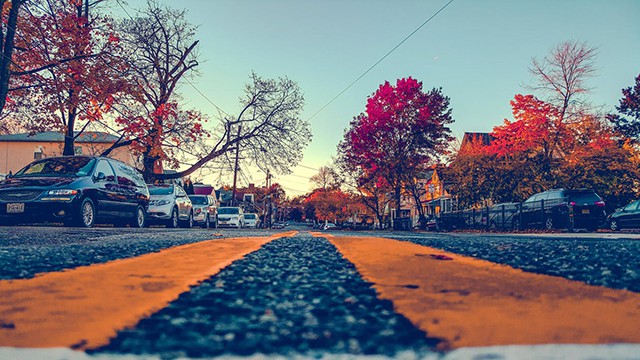 With the city embracing massive (and largely beneficial) infrastructure and development projects, it’s no surprise that it has to shake up decades old policies surrounding parking–but that doesn’t mean all residents are happy with the changes.

The City of Mississauga recently announced that residents can expect some parking changes and restrictions going forward, an announcement that came after the city confirmed that paid parking would be enforced in some parts of Streetsville beginning in 2018.

The city recently took to Twitter to remind residents that, as of now, paid parking is in effect in the quaint neighbourhood.

And a lot of residents are not happy about it.

A Change.org petition with over 1,500 signatures is asking Mayor Bonnie Crombie and Ward 11 Councillor George Carlson to remove parking meters from Streetsville immediately.

The petition, launched by an organization called Streetsville Strong, says that residents and small businesses alike are displeased by the meters

“Merchants and residents share a common vision of Streetsville,” the petition reads. “We see our ‘village in the city’ as a place that is customer friendly and accessible to all. This is a critical part of what makes Streetsville financially viable and enjoyable to visit.”

The new parking meters, the organization argues, will drive customers away from Streetsville “in droves”–customers who they claim will eat, shop and play elsewhere in the city (although they won’t be able to pay without parking in Port Credit, as parking metres have been dotting Lakeshore Rd. for sometime now).

Streetsville’s paid parking initiative, which was officially announced in November 2017, will roll out in two phases. The first phase includes Queen Street South between Barry Avenue and Kerr Street and Municipal Parking Lot #9 located at Queen Street and Pearl Street.

According to the city, Queen Street South on-street paid parking will be in effect from Monday to Saturday from 10 a.m. to 9 p.m. and on Sunday from noon to 6 p.m.

Off-street paid parking in Municipal Parking Lot #9 will be in effect from Monday to Saturday from 6 a.m. to 9 p.m. and on Sunday from noon to 6 p.m.

The cost for parking on-street and in Municipal Parking Lot #9 will be $1.50 per hour for the first two hours and $2 for the third hour. Parking will be allowed in these locations for a maximum of three hours.

The petition calls out the Streetsville BIA for not taking action on the parking roll-out and claims that Carlson said the meters could bring in up to $100,000 a year.

“Ward 11 Councillor George Carlson (who is also a BIA Director) informed me that the meters will bring in $100,000/year, meaning, they are destroying small business traffic and our community so this money thirsty government can gain a measly $100k a year!?,” the petition reads.

“Mayor Bonnie Crombie, you have a lot of answering to do!,” the organization writes, before saying that residents and businesses were not adequately informed.

The city announced its intentions to introduce the meters in the fall.

“The City’s Municipal Parking team worked closely with the Streetsville Business Improvement Area (BIA) on the implementation of a paid parking plan and agreed that it was necessary for businesses to thrive. Money received through paid parking will be used to offset costs of implementation and operation of paid parking infrastructure.”

It’ll be interesting to see what other parking changes and plans are introduced going forward, but it’s not surprising to see a rapidly urbanizing city adopting a distinctly urban approach to street parking.