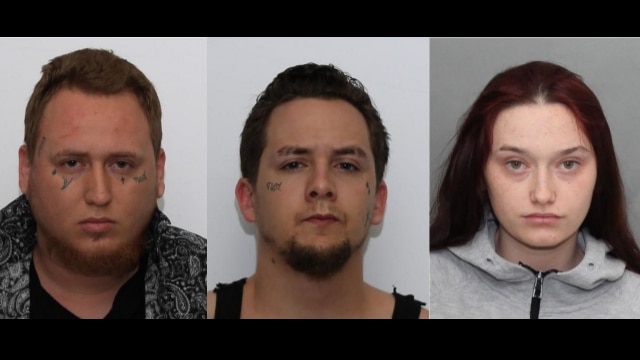 Toronto police allege that a 21-year-old woman was forced to work in the sex trade by two men and a woman. Police say the woman was trafficked by all three suspects in the GTA.

The woman was forced to follow rules imposed on her by the two men and the woman, say police. Further, police allege that the suspects demanded the victim turn over all of her earnings to them.

According to a recent release from Toronto police, “the two men and woman used deception, false promises, intimidation and fear to exercise control over the actions and movements of the 21-year-old woman.”

The release reads the one of the men sexually assaulted the victim on several occasions.

Toronto police say that the three suspects were located and arrested in Peel Region on Thursday May 10, 2018.

Daylo Robinson, 27, of Mississauga, was charged with:

Tyler Vickers, 27, of Mississauga, was charged with:

Rebecca Horton, 22, of Mississauga, was charged with:

“Police would like to encourage all affected individuals to come forward and report Human Trafficking occurrences to police,” reads the release.

“We want to make sure that everyone has access to support services and an exit strategy, regardless of their decision to proceed criminally.”