The City of Mississauga needs to get on board with what has become arguably the fastest-growing sport in North America, a deputation told councillors yesterday.

Speaking on behalf of the Pickleball Mississauga Association (PMA), Susan Marlow and Rene St. Cyr pointed out there are no dedicated City-run pickleball courts available to the huge number of residents who’ve taken up the increasingly popular badminton/table tennis/tennis-like game that can be played by people of all ages.

“Mississauga is significantly lagging behind in providing courts. Oakville has 12 (dedicated courts run by the Town), Hamilton has 18, Brampton has four, Burlington three and Niagara-on-the-Lake, with a population of 18,000, has six. Mississauga has zero,” Marlow, PMA president, told City Council.

“It’s the fastest-growing sport in North America, but Mississauga doesn’t have the facilities to support it.” 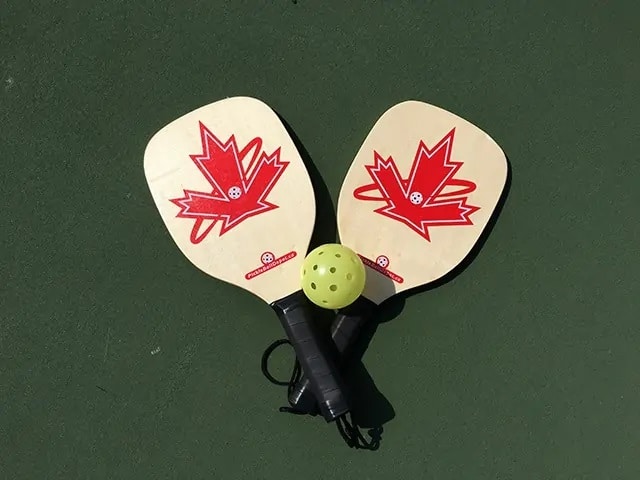 She said the game, which is played using a wiffle ball on a badminton-size court with a racket larger and more durable than a ping pong paddle, has significant physical and social benefits, and can be played by people of all ages.

“It keeps people active and keeps youth off the streets, and it’s easily learned,” said Marlow. “This is a sport that you can’t ignore.”

Marlow and St. Cyr, PMA vice-president, suggested new pickleball facilities would also pay off for Mississauga in terms of tourism.

“These days, many people, before they travel, ask if there are pickleball courts available where they’re going,” she said. “People can pack a racket and a pair of shoes and away they go.”

City officials say there are currently 62 courts lined for pickleball in Mississauga, nearly half of which are lined for both pickleball and tennis.

Four outdoor courts at West Credit Secondary School in Meadowvale, a collaborative effort between the Peel District School Board and Saito, is a good start, the City says.

When those courts are not being used by students, residents have access on evenings and weekends.

The City first introduced public outdoor pickleball courts at Mississauga Valley Community Centre in 2016. Pickleball lines were painted onto the tennis courts there.