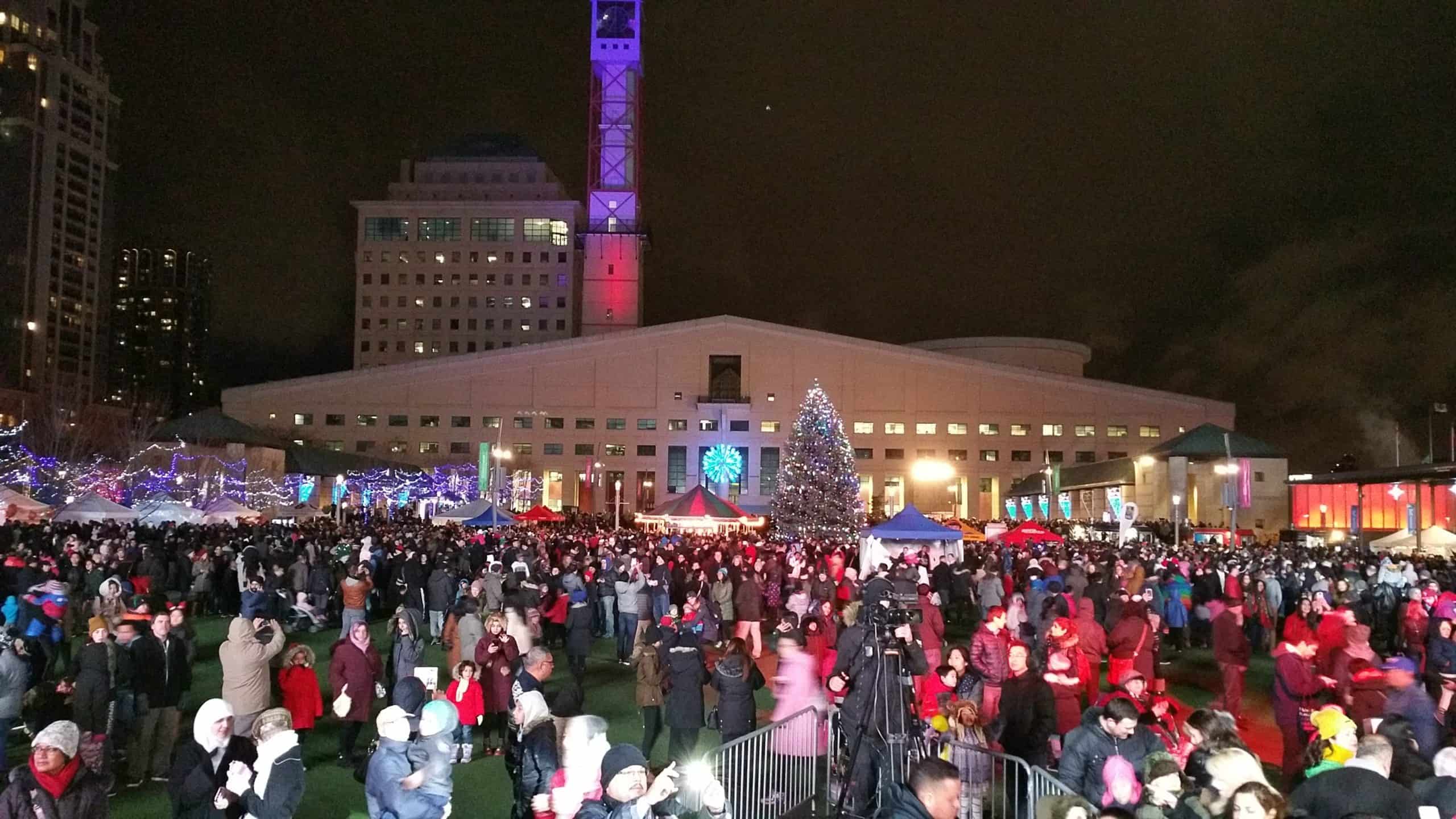 Life isn’t back to normal just yet for Mississauga residents, but at least one holiday season tradition is booked and ready to welcome the public.

Mississauga’s annual Light Up the Square event is set to kick off on Nov. 20 with the lighting of the huge Christmas tree at Celebration Square.

Crombie added the event, which starts at 7 p.m., is open to the public.

The tree lighting kicks off the multi-week festival of night lights event, which continues until Dec. 30 at Celebration Square.

Earlier this year, the City of Mississauga’s Public Art Program invited artists from across Ontario to submit proposals of new or existing light-based artwork to be part of the multi-week event.

The City put out the call for small-, medium- and large-scale works in a variety of media that centre around the themes of hope and renewal.

As far as other large-scale outdoor events are concerned, such as New Year’s Eve celebrations, City officials say they’re still in the planning stages with announcements expected in the coming weeks.

Crombie said last week the City is looking at when large community events can once again be held as municipalities across Ontario emerge from more than a year of COVID-19 pandemic restrictions.

“Given large sports venues can (now) have tens of thousands indoors for a game, if things remain stable (with COVID-19 numbers), it’s only right we can once again start coming together to celebrate as a community,” she said. “While I’m not sure we’re quite ready to host thousands of people in the (Celebration) Square for New Year’s Eve, we are working on some fun and safe festivities for the days leading up to New Year’s Eve.”

Community Services staff at the City said the logistics involved with such large events are significant.

“Large public events take quite a bit of planning ahead of time. The decision to proceed or not to proceed with large, in-person events was made months ago while the fourth wave (of the pandemic) was still evolving,” staff said in a statement. “We do know how important it is for the residents to get back to normal and with big gatherings now permitted, we are working through details of what we can do with shortened timelines. Information about seasonal events, like New Year’s Eve, will be coming soon.”

City staff added Mississauga is planning to host an in-person Remembrance Day ceremony, and officials are working on details of that.

“In regards to other seasonal events, announcements and details will be made in the coming weeks,” the City said.