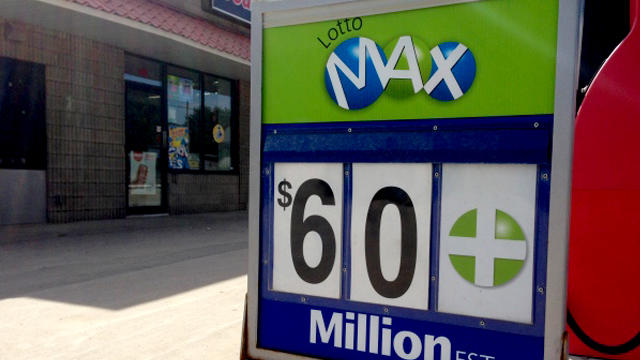 We’ve said it before and we’ll say it again–we’re probably one of the luckiest cities in the GTA.

Our hashtag-blessed city is home to yet another lucky lotto winner. This time, an $100,000 Poker Lotto top prize went to 43-year-old Mississauga man Garizaldy Victorio.

The lucky winner checked his tickets following the draw.

“My winning ticket was the second ticket I checked. At first I thought I only had four out of the five cards and I was still happy because I would have won $500. When I finally realized I had all the right cards, I was in complete shock. I asked my dad to check my ticket to be sure. He said, ‘Did you just win $100,000?’ I said, ‘I think I did!’ It was so exciting.”

The next day, Victorio scanned his ticket at a ticket checker.

“Then I went back to the store where I bought my ticket. The retailer scanned it at the terminal. Next she started screaming. She kept saying, ‘I’m so happy for you!’”

Now, Victorio plans to use his winnings to pay some bills, buy a phone and treat his mom to some of his newfound fortune.

“I bought a new car on Saturday and won my prize the following Tuesday. What a great week! I guess I can put some more money towards my purchase. Winning the lottery feels great! I’m liking the start of 2017,” he said.

Poker Lotto is a lottery game that offers both instant in-store wins of up to $5,000 and nightly prize draws of up to $100,000 with each $2 ticket. It uses playing card symbols rather than numbers.

The winning ticket was purchased at Kang Duo Inc. on Burnhamthorpe in Mississauga.