A Mississauga man is enjoying a great start to the summer after walking away with a generous lotto win.

OLG recently announced that Shamill Ranmall won $100,000 with Encore. He matched six of the seven winning numbers on his selection. 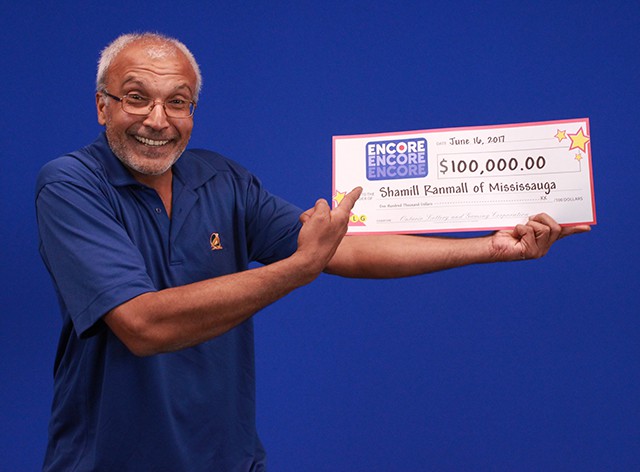 “I’m the kind of guy who buys my lottery tickets and forgets about them,” Ranmall told OLG while at the OLG Prize Centre in Toronto. “I bought this ticket in early January, tossed it in my office desk drawer and never gave it another thought.”

OLG says Ranmall and his wife run an auto body repair business and he leaves her in charge of collecting and checking the tickets.

“She was on her way to pick up our son from school when she checked the ticket. A short time later I received a photo of the validation slip that read $100,000. I thought it was a joke!”

His wife, however, assured him it was real.

“That was the best early Father’s Day gift ever!”

Ranmall said he’s excited to be able to help his family with his winnings.

“This win means we can help our children with their continued education and support them in whatever they choose to do,” he says. “Winning the lottery is exciting and unbelievable. In an instant, we have this windfall.”

The winning ticket was purchased at Esso on Dixie Road in Mississauga.