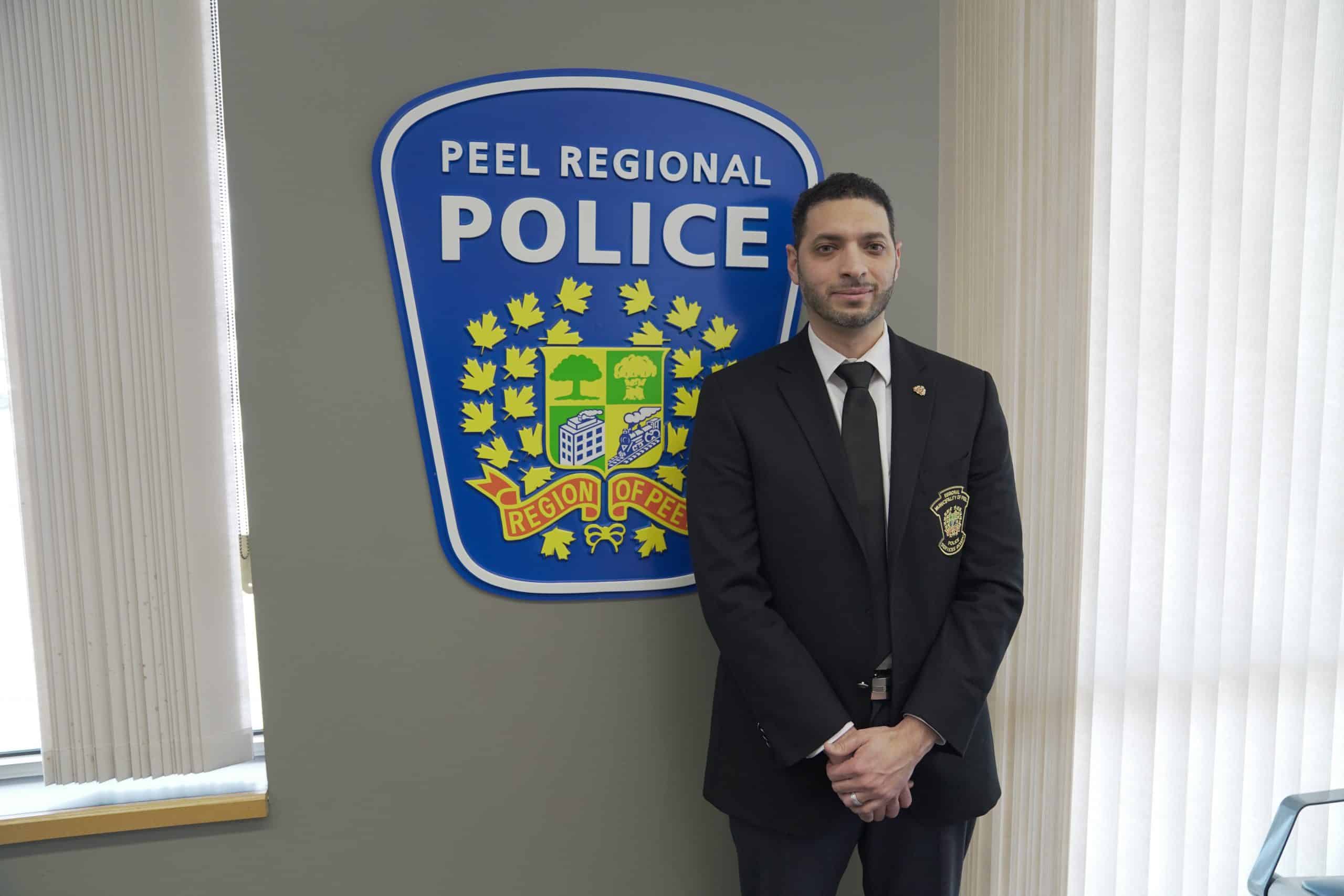 Mississauga man Ahmad Attia, who was elected chair of the Peel Police Services Board at its January board meeting, is confident that Peel Regional Police is well on its way to becoming a more modern, fair and innovative police service.

“I have first hand witnessed across the world [situations] where law enforcement and justice systems are not set up to protect civilians,” Attia told insauga.com.

“They can persecute people. I’ve come to really appreciate that Canadians are very blessed and we probably have the best justice system in the world. We truly have a law enforcement system with officers that show up every day to protect residents in Peel.”

Attia, who joined the board in 2019 as the citizen appointee for the Region of Peel, is the CEO of crisis management firm Incisive Strategy, a company that focuses on human rights and social justice causes. Attia also serves on the board of the Muslim Council of Peel.

Attia, who lives in Mississauga with his wife and three children, was born and raised in the city. He attended Gordon Graydon Memorial Secondary School and went on to study computer engineering at the University of Toronto.

A dedicated volunteer and a strong advocate for social justice, Attia acknowledges that the police service has room to change and grow.

“There are areas we can do better on. I took interest in Peel police and being a community activist who volunteers in Mississauga, friends recommended that I put my name forward [to get on the board].

“Crombie and Brown have been very vocal on reform and championed the call to do better in our police service, and the momentum from that commitment started two years ago. I’m taking on the chair [position] to continue that mandate and make sure we have adequate policing in Peel.”

While residents and civilians have always been concerned about policing and the impact inequitably applied laws can have on racialized and vulnerable community members, concerns about violent interactions between police officers and civilians–particularly civilians of colour–made headlines following the police-involved killing of George Floyd, a Black man who died after a Minneapolis officer kneeled on his neck in the summer of 2020.

In Peel, residents have demanded reform in the wake of a number of police-involved deaths, including the deaths of Ejaz Chaudry, Jamal Francique and D’Andre Campbell.

Chaudry and Campbell were fatally gunned down by police during mental health-related calls.

“We committed to change even before these incidents,” Attia says.

Attia says that Peel police, along with the board, recently signed a memorandum of understanding (MOU) with the Ontario Human Rights Commission (OHRC). Going forward, the police service will work to develop legally binding remedies to target systemic racism in the department and foster community trust.

“The community and the public has called for change and we have done a lot of listening,” said Peel police Chief Nishan Duraiappah in an Oct. 2020 statement.

“To say we are going to make changes and not do it is the gap that persists.”

Attia says Duraiappah, who joined the service in 2019, is committed to change.

Attia says the board and service are focused on rebuilding trust.

“In areas of systemic racism, the main action is the MOU and it’s important because both the chief and board acknowledge that systemic racism exists in policing and must be eliminated,” Attia says.

“Peel police voluntarily committed to a legally-binding set of recommendations. It’s built on a collaborative approach between police, the OHRC and the community. We’ll come out with a framework for ending systemic racism that will help other police services.”

Attia also said the police service is hoping to modernize the way it responds to mental health-related calls.

Attia says the board has regular discussions with regional partners to address mental health calls and look at preventative approaches and risk interventions that can occur before police are called to the scene of a mental health crisis.

“When it comes to incident response, we want to make sure it’s the right people responding to these calls,” he says.

“We’re also looking at the opportunity for body-worn cameras to allow a mental health professional to advise a police officer live.”

When asked about community advocacy groups that have called for the police to be defunded, Attia says the board is committed to listening to the community.

“We’re very committed to listening to the community and engaging with the community. It’s not just one-time events, it’s ongoing consultation. That could be in advisory councils, soliciting feedback, etc. Our mandate is community service. People want to feel safe and properly served by their police service and they want to make sure their voices and concerns are being heard,” he says.

Attia says that the officers he hears from seem to be on board with Cheif Duraiappah’s and board’s plan to make Peel police more trusted and innovative.

“Morale is high on the front lines. It has been a difficult year for our police members under COVID-19 and with everything else that’s been happening, but everyone is very committed to the direction,” Attia says.

“This is an ongoing process and it’ll always require review and change, but I’m confident we’re moving in the right direction. We’re hearing good feedback from other police services and people are interested to see what Peel police is doing. If we move in this direction, we’ll be the best police service in Canada and maybe even the world.”

Editor’s note: A previous version of this article said that Jamal Francique was killed during a mental health-related call. He was shot during an investigation into drug and firearm activity. We regret the error.