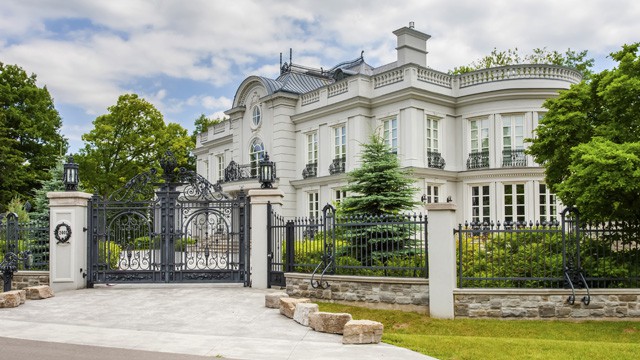 You knew it was expensive to live in Mississauga. With detached houses costing buyers anywhere from $800,000 to $1 million and compact condos selling for over $400,000, residents are turning to the rental market and being equally as disappointed to see that prices are no more kind there (in some cases, two-bedroom suites can cost close to $2,000 a month).

But while most people understand the GTA is a costly place to call home, some might be surprised to find out that Mississauga is one of the most expensive cities in all of North America.

According to data by real estate company Point2Homes, it’s the fourteenth most unaffordable real estate market on on the continent.

“Having recently hit its lowest level in the past decades, housing affordability is definitely a highly discussed topic for Canadians today,” writes Point2Homes in a recent report. “With this in mind, our team of researchers looked at the 50 most populous cities in North America to determine the affordability ratio for each. Based on the numbers, Mississauga is the 14th most unaffordable real estate market on the continent.” 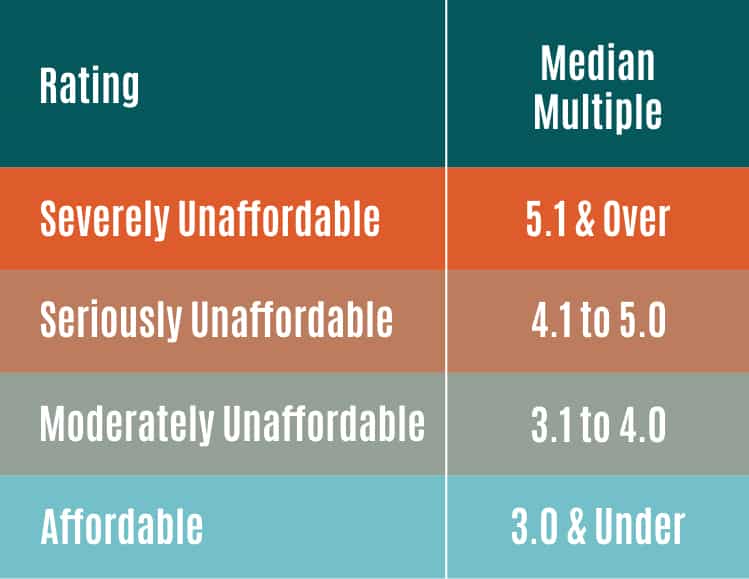 Data shows that with a median multiple of 7.4, Mississauga is a “severely unaffordable market,” coming in fourteenth in the North American ranking and third in Canada–after Vancouver and Toronto.

But while the numbers aren’t great, people can still take comfort in the fact that Mississauga is more affordable than Toronto and significantly more affordable than Vancouver (which is actually number one on the list). It’s also cheaper–which shouldn’t surprise anyone–than such famous cities as San Francisco, Manhattan, NYC, Boston, San Jose and Seattle.

According to Point2Homes, it would take 10 fewer years to pay off a house in Mississauga than it would in Vancouver. That said, the report notes that, when looking at the raw numbers, Mississauga’s median family income stands out – it’s bigger than the income in Los Angeles and even New York.

If a Mississauga resident were to put their entire income towards their home, it would still take close to a decade–7.4 years–to pay it off.

Of course, this report isn’t the first to notice how unaffordable Mississauga has becom.

The City of Mississauga’s Planning and Development Committee recently adopted the city’s first housing strategy: Making Room for the Middle: A Housing Strategy for Mississauga.

According to the strategy, there’s a pressing and dire need to create affordable housing for middle income earners who are in danger of being priced out of the city.

According to the draft, a home is considered affordable when its inhabitants spend 30 per cent or less of their earnings on housing costs. In Mississauga, 1 in 3 households are spending more than 30 per cent of their income on housing and research suggests this number will rise.

Middle income households typically net between $50,000 and $100,000 a year and middle income earners include nurses, teachers and social workers. When people in this income bracket decide to try to purchase a home, they can typically afford to pay between $270,000 and $400,000–meaning their only options are condos and a limited selection of townhouses.

As far as rent goes, the city says the average rental unit costs $1,200 a month and that rental inventory is 1.6 per cent (which is troublingly low).

So, what has the city proposed to do?

The city is also going to welcome a more affordable units in Mississauga’s City Centre neighbourhood.

With the Hurontario LRT coming, there’s a chance property values along the LRT corridor will increase, potentially pushing people out of the area. The city is also tackling other major development projects, including complete redevelopment of some waterfront areas in the Port Credit and Lakeview neighbourhoods.

While the city is certainly doing its part to address affordability, it remains to be seen how the housing market will react to a bigger and more sophisticated and urbane Mississauga.

Perhaps the worst is yet to come.