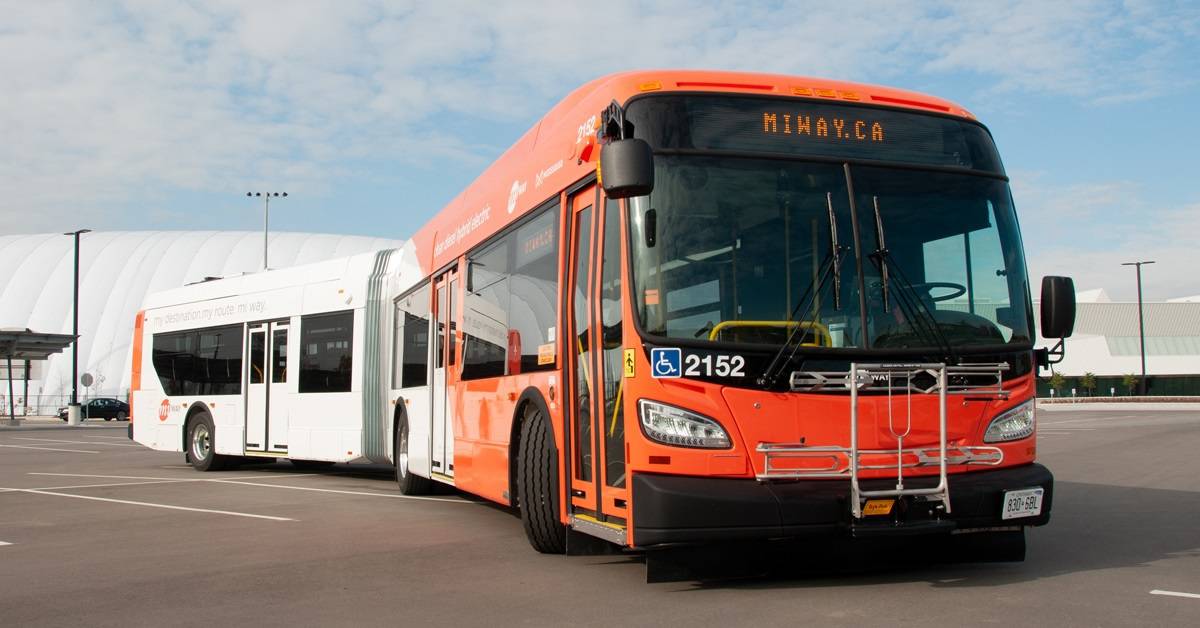 Mississauga is adding five new hybrid-electric buses to its public transit fleet as it continues to put more environmentally friendly vehicles on the road.

The additional 60-foot, second-generation hybrid-electric MiWay buses give Mississauga 41 hybrid buses among its fleet of more than 500. The plan is to keep adding new buses until no diesel-fueled vehicles remain.

One of the new transit vehicles is already in service, with the other four expected to be on the road in early 2022.

Moving forward, as the City of Mississauga implements more components of its Climate Change Action Plan (CCAP), MiWay officials will also continue to explore other options for zero-emission buses such as hydrogen fuel-cell electric buses.

The update on the new buses was presented to Wednesday’s meeting of General Committee as part of the first progress report from staff to councillors on the City’s Climate Change Action Plan, approved in 2019 as Mississauga’s first comprehensive plan on climate change.

Of the 89 actions in the CCAP, about 65 per cent are either underway or ongoing, and two actions are completed, staff said.

“Municipalities like Mississauga are experiencing the impacts of climate change firsthand, with extreme weather like heat waves and storms every year. We recognize our role in fighting climate change and reducing greenhouse gas emissions,” said Mayor Bonnie Crombie. “Having an annual report to track our progress allows us to be transparent and accountable in meeting our targets. We’ve already replaced some of our buses with hybrid-electric buses, installed more bike lanes and developed a Green Fleet and Equipment Policy and Electric Vehicle Charging Station Standard for the City. However, we cannot do this alone. We need our communities, businesses and all levels of government to come together to reduce carbon footprints while continuing to advocate for climate action across all sectors.”

Mississauga’s CCAP presents a 10-year roadmap with two main goals: reduce greenhouse gas emissions by 40 per cent by 2030 and 80 per cent by 2050; and increase the City’s resilience and capacity to withstand and respond to climate events.

“The City has laid the groundwork for climate action to help lower carbon emissions in Mississauga,” said Jodi Robillos, Mississauga’s commissioner of community services. “While the City has made progress, we also recognize that climate action needs to accelerate in order to meet our targets and limit the impacts of climate change. This includes reducing our corporate emissions, with a focus on our two largest sources – City buildings and transit operations.”