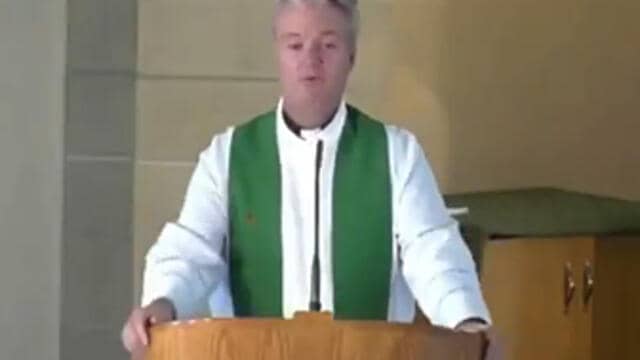 On Friday, the Archdiocese of Toronto stated that it had accepted the resignation of the pastor who made comments last Sunday about the “good that was done” by the Catholic church in residential schools in Canada, which were a state instrument of an ongoing cultural genocide against Indigenous peoples.

“We apologize for the pain caused by his recent remarks,” the archdiocese said.

Regarding Msgr. Owen Keenan, Pastor of Merciful Redeemer Parish in Mississauga, Ont. Cardinal Collins has accepted Msgr. Keenan's resignation as pastor and placed him on an indefinite leave of absence. We apologize for the pain caused by his recent remarks.

The Dufferin-Peel Catholic School Board said on Thursday that it contacted the archdiocese immediately after learning of Keenan’s remarks.

Keenan has issued a statement of apology that acknowledged that his remarks might have re-traumatized survivors.

“I am deeply sorry, embarrassed, ashamed and shocked at the revelations of abuse, destruction and harm done in residential schools across this country,” he said. “As a Catholic and a Priest, I in no way condone the residential school system, I regret deeply that these places existed, and I lament the harm that was caused. If and when I get a chance to meet survivors, I will seek their forgiveness.”

Keenan will be on an indefinite leave of absence, the archdiocese said.

For more than a century, Indigenous children were forced to attend the residential schools. In 2015, the Truth and Reconcilation Commission said Canada had committed cultural genocide against Indigenous peoples.

The Canadian government operated them in partnership with the Anglican, Catholic, Methodist, and Presbyterian churches, among others. The Catholic church ran the majority of the schools, but has never apologized for its role or released records from the schools , which would aid in identifying the children found in the unmarked graves.

The remains of at least 1,300 children have been found at sites in British Columbia, Manitoba and Saskatchewan during the past few weeks in searches led by First Nations.

Peel Regional Police are investigating vandalism at Merciful Redeemer. Graffiti was spray-painted on the building.