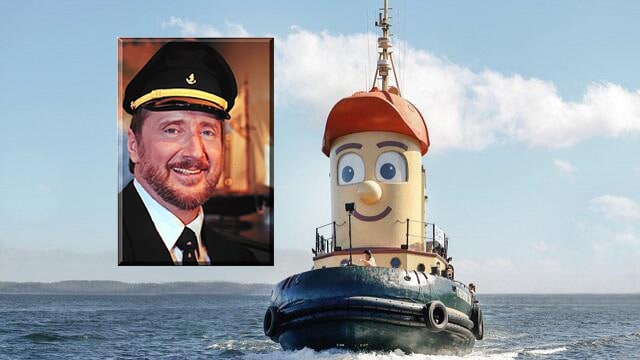 During its eight year run on the CBC and PBS, the host of the children’s television show was Mississauga’s Denny Doherty.

Doherty served as the Harbourmaster in the series and provided the voice for the entire cast of characters.

Originally from Halifax where Theodore Tugboat was fictionally located, Doherty is most famous for being lead singer in the Mamas & the Papas, the 1960s pop group that had world-wide hits with California Dreaming and Monday, Monday. He died in 2007.

Theodore’s stop in Mississauga came on his voyage to the Port of Hamilton which will become the little tugboat’s permanent home.

(Photo: Mississauga’s Denny Doherty (inset) was the Harbourmaster and voiced all of the characters on Theodore Tugboat)