Mississauga Planning to Buy Up Homes to Create “Central Park” 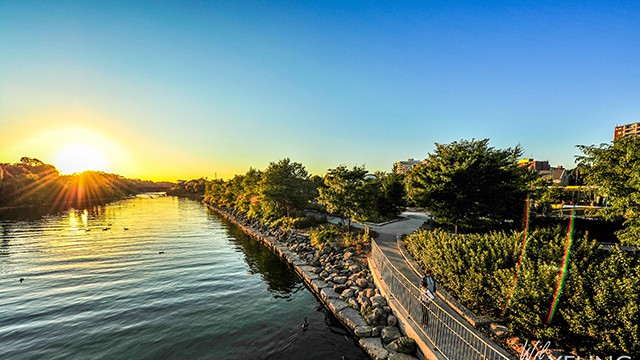 Recently, news broke that the City of Mississauga is in talks with homeowners in the Cooksville Creek corridor area regarding a bold proposal to purchase a number of homes to create what some people are calling the city’s very own “Central Park.”

While the plan is very much in its infancy, the city has confirmed that Mississauga was given the go ahead to commence discussions and move forward on the initiative back in June.

“We’re just at the stage of issuing letters to property owners for them to indicate their interest,” says Laura Piette, Director of Parks and Forestry with the City of Mississauga, who said she cannot reveal exactly how many properties the city hopes to purchase.

“This is very confidential. It’s between the city and property owners.”

If property owners are interested in selling their homes and land to the city, Mississauga will have the houses appraised before purchasing the properties at fair market value.

Although the initiative is new–and quite significant–Piette says some homeowners have expressed interest.

As for what the future park (which probably won’t be called Central Park, to be clear) will offer, Piette says residents can expect typical outdoor space amenities.

“The parkland is all in the floodplain, so it’ll be used for public open space, tree plantings, a network of community trails,” she says. “It will evolve and it is a long-term plan.”

While the proposal might seem surprising, a number of factors have prompted the move. Piette said that the lack of parkland in the Cooksville area has been a well-documented problem for some time–and one that’s been discussed more frequently since the Hurontario LRT was announced.

“The LRT is part of it, but clearly our downtown deficit was noted before the LRT,” she says.

As for when the proposed park could theoretically take shape, it’s much too early to say. That said, conversations are happening.

“It’s a long-term plan being managed between property owners and the city,” says Piette.

We’ll keep you posted on details as they emerge.