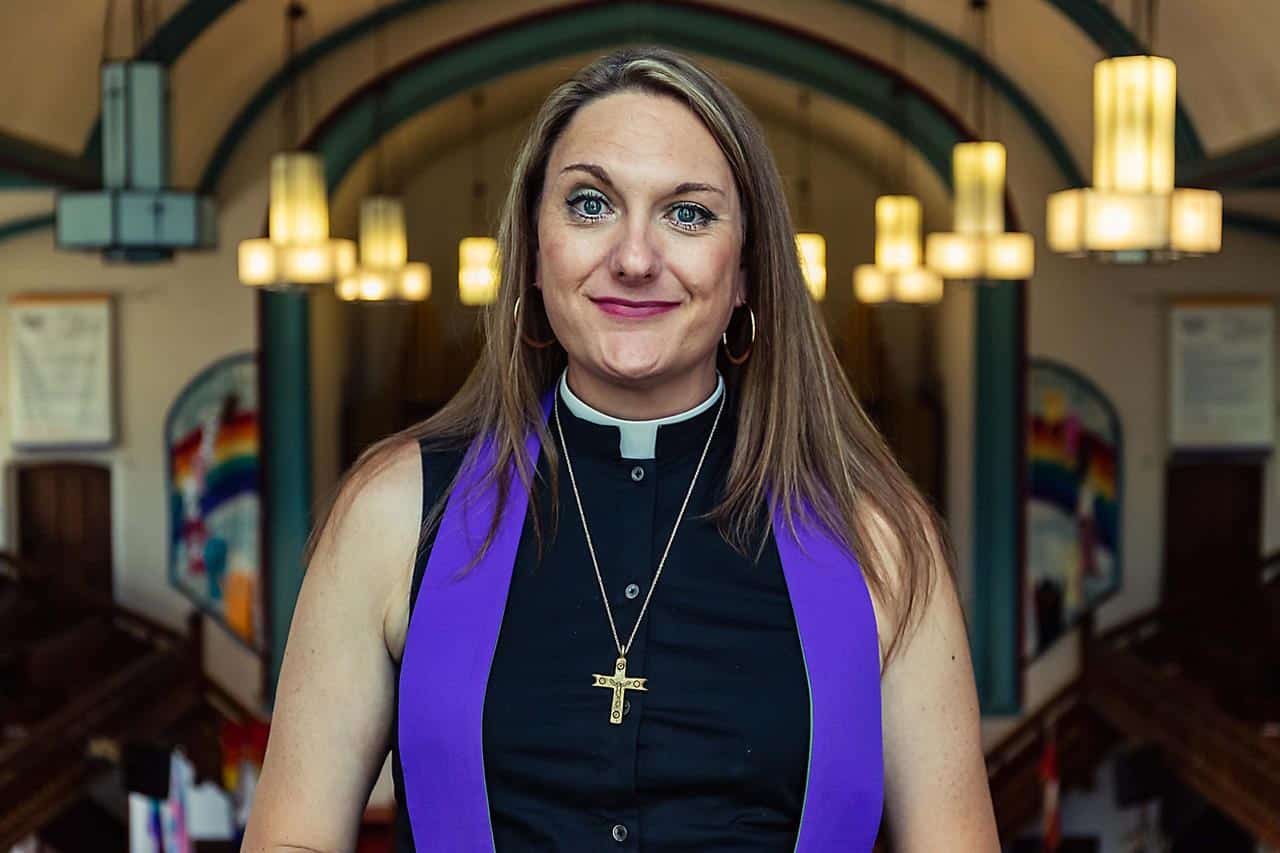 An Ontario pastor who was fired from a Mississauga Baptist church after coming out as transgender has filed a lawsuit for wrongful dismissal, alleging her termination was spurred by discrimination.

Rev. Junia Joplin presented as male when she first took on the job of lead pastor at Lorne Park Baptist Church in 2014, and continued to do so until she came out to the congregation in a live-streamed sermon in June of last year.

In a statement of claim not yet tested in court, Joplin says she received support from some members of the congregation and other Baptist churches and organizations after her announcement.

However, the claim alleges that in the days that followed, the Mississauga, Ont., church unilaterally suspended her from her duties and gave no date for her return.

The lawsuit alleges Joplin was then subjected to an “unfair process” that saw congregants question her in a series of virtual town halls and, in July 2020, vote to end her employment.

Lorne Park Baptist Church did not immediately respond to request for comment. The church said in a statement last year that Joplin had been fired for “theological reasons.”

In an interview this week, Joplin said her firing, and the way it was carried out, left her with “a kind of anxiety around church work and church life” that she had never felt before.

“Those were very much my first steps into social transition. That’s a hard place to be, I think just about any trans person will tell you that can feel frightening, feel vulnerable. It’s a time when support is is so essential and, unfortunately, for a lot of us we don’t get it in places like our workplace,” she said.

“But for that to happen within that context of a caring community — I think one of the toughest things for me was knowing that I’m going through one of the most consequential and difficult seasons that I’ll ever go through in my life and I’m pretty much isolated from my faith community, from the place that I would most naturally go to for support.”

Joplin said she hopes the lawsuit will help make Canada a more inclusive and safer place for trans people.

During her tenure at Lorne Park, Joplin had “pursued a progressive and LGBTQ+ inclusive ministry” with the church’s support, the lawsuit alleges.

As well, the Canadian Baptists of Ontario and Quebec, with which Lorne Park Baptist Church is affiliated, has ordained women for more than 70 years, the document says.

In a series of virtual town halls with the congregation, Joplin was asked to answer “difficult and (in many cases) deeply personal” questions regarding her transition, her coming out, and the possible impact of those things on the church and its members, the claim alleges.

She was otherwise instructed not to discuss those matters with the congregation, it says.

Members of the congregation were later asked to vote whether Joplin’s employment, which had previously been for an indefinite term, should be reduced to an 18-month contract or eliminated altogether, the lawsuit alleges.

Those who voted to fire Joplin were then asked to specify whether their choice was based on religious belief, the document says.

Fifty-eight of the 111 voters opted to end her employment, and of those, 50 said it was “fully or in part” due to a religious belief, it says.

The lawsuit, which seeks nearly $200,000 in damages, alleges the church breached the Human Rights Code, whichprohibits discrimination in employment on the basis of gender identity, gender expression, sex and other grounds.

It argues that while the code allows religious organizations to give preference to those of a similar creed, that exemption only applies when creed is a occupational qualification, and it does not allow discrimination on the basis of gender identity or expression.

“LPBC did not perform a close and careful examination of the nature and essential duties of lead pastor or demonstrate an honest, good faith, and sincere belief that Rev. Joplin lacked a qualification that was reasonably necessary in relation to those duties,” the claim alleges.

If the court finds the exemption does apply, the lawsuit argues it should be ruled unconstitutional because it “unreasonably and unjustifiably limits the right to equality” enshrined in the Canadian Charter of Rights and Freedom.