St. Catharines restaurant robbed at gunpoint by a thief on a bicycle
Border workers, some based in Mississauga, say job action will start Friday
St. Catharines power outage affects over 1,000 homes and businesses
Mississauga, Brampton services will be affected by new federal holiday in September
Government warns 7 more flights with COVID-19 landed at Pearson Airport in Mississauga

The Mississauga church pastor who was held captive by the North Korean regime for over two years has finally made his way back home to Canada—and his church.

Hyeon Soo Lim returned this week and was in attendance on Sunday for the regular service of the Light Presbyterian Church up in the Malton area of Mississauga. After the sermon and the church hymns were over, Pastor Lim got up to say a few words. Lim, 62, spoke entirely in Korean, but the church provided a general translation of what he was saying on the large screen in front of the church.

First, Lim thanked the Canadian government for their efforts in getting him out of North Korea.

“I am so grateful that God has allowed me to be here with everybody today. I want to earnestly thank Prime Minister Trudeau for helping in my return home. I also extend a very special thanks to Special Advisor Daniel Jean and the delegation for securing my release. In addition, thank you for Minister Freeland, former Minister Dion, Senator Yonah Martin and all the incredible staff in Ottawa. I also want thank the Swedish government for being Canada’s protecting power in North Korea, and for playing a critical role in my release.”

“I am grateful for my church community. I’m indebted to all the churches in Canada, the United States and in Korea — the many friend around the world who have prayed daily for two years and seven months until the moment I was released and returned home. Through those prayers and the efforts of all involved. I finally came home yesterday (Saturday, August 12) landing at 10 am on Canadian soil. It still feels like a dream. Truly this is all by the grace of God. I was sentenced to death by North Korea but that sentence was commuted to life of hard labour. That too, was by God’s grace and gave me tremendous peace.” 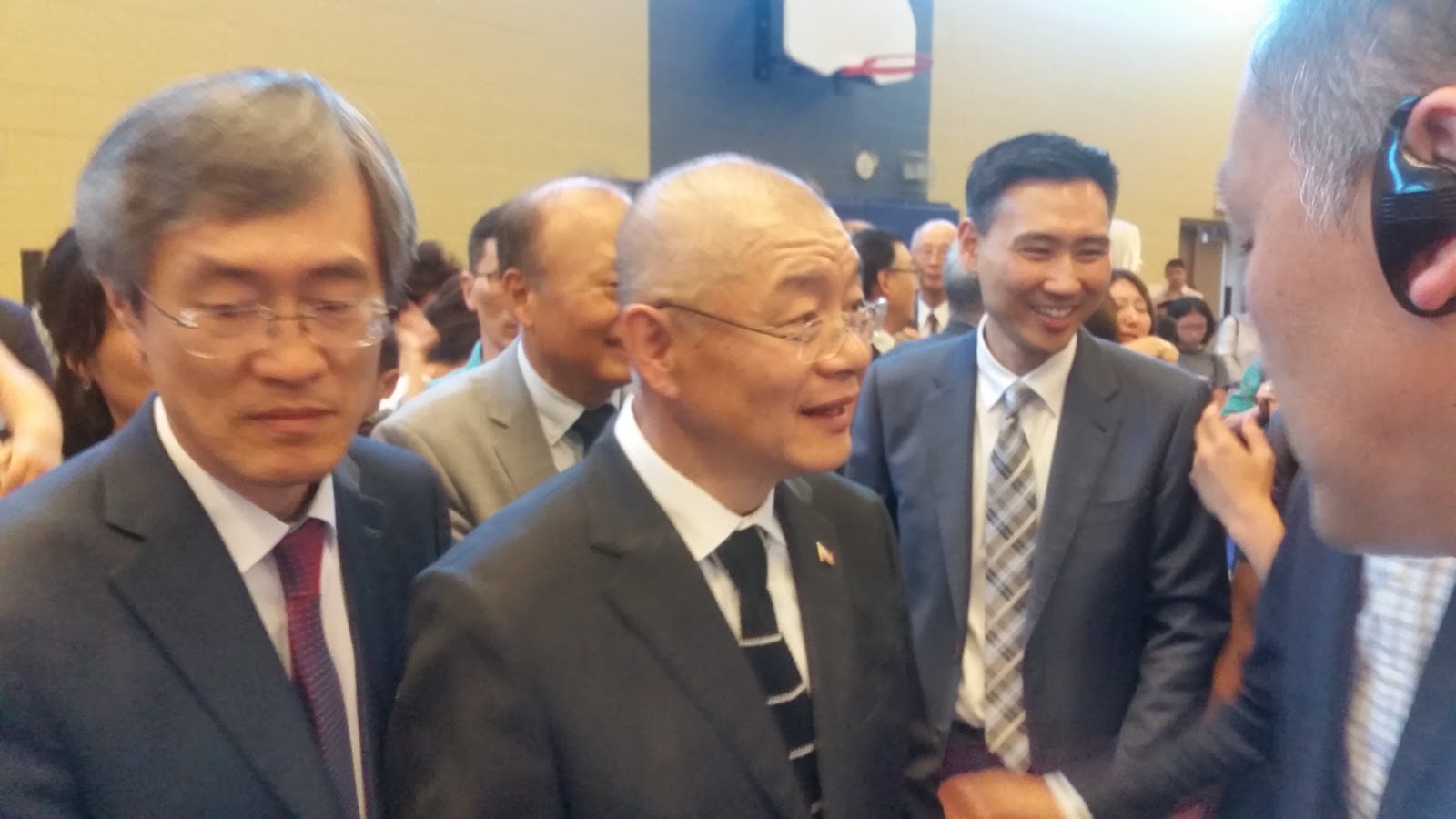 The pastor then described some of the details of what he was put through by the North Korean regime.

“From that moment though, there were days of overwhelming loneliness. From the first day of my detainment until the day I was released, I ate 2,757 meals in isolation by myself. It was difficult to see how and when the entire ordeal would end. But this isolation also gave me the opportunity to send an extended time of solitude with God.”

“During the winter, I had to dig holes that measured a metre wide and deep. The ground was frozen. The mud was so hard that it took two days to dig one hole. It was incredibly challenging. My upper body was sweating, and my fingers and toes were frostbitten. I also worked inside a coal storage facility, breaking apart frozen coal.”

“I read over one hundred books on North Korea and watched 300 films. I began to grasp and gain a better understanding of the 70 year history that formed the nation. I also read the Bible in both English and Korean five times and memorized over 700 Bible verses. I worshipped alone for 130 Sundays.”

“While I was labouring, I prayed without ceasing. There were difficult moments but it was during these times that God gave me the strength to persevere and endure. While there were moments of discouragement, resentment, and grumbling, that soon changed into courage, joy and thanksgiving. I learned to accept all of this as a form of God’s love and discipline to make me stronger. By God’s perfect and sovereign timing, I was released, returned home and here with you today.”

After the official translation on the screen was completed, Lim continued in Korean while family spokesperson Lisa Pak translated for representatives in the media. She said it took three days to get Lim back into Canada, but before that he was sent to the Sheraton Hotel in Guam to recuperate before boarding the plane. One of the shocks to the pastor was the sudden change in being in complete isolation for over two years, and then suddenly staying at a hotel like any conventional tourist.

Pastor Lim ended the church service with the Benediction, praying for God’s blessings for both North and South Korea.

Insauga spoke briefly to the current pastor of the Light Presbyterian Church, Pastor Jason Noh, who preached the main message for the service before Lim spoke. He told insauga that throughout the two and half years, there were a lot of tears and prayers and sadness but also hope that Lim would one day return to Canada and to his wider church family.

Noh spoke to Lim over the telephone while he was on the plane back, and said he was in good spirits, cracking jokes and was generally happy. Noh said Lim had lost a lot of weight, and his fingers are still not working properly (Lim said he got frostbite during the winter months), but overall Noh said mentally, physically, and spiritually Pastor Lim was feeling well, and after the service while greeting churchgoers, Lim showed little signs of struggle as he made his way around to greet people.

The Light Presbyterian Church conducts regular missionary work around the world; even today there was a blessing for missionaries being sent to Haiti—but there won’t be any more visits to North Korea anytime soon. Pak told insauga that all missionary work to North Korea has stopped since Pastor Lim’s detention. Because of the sudden end of their work, the church left several ‘assets’ in the ‘Hermit Kingdom,’ such as an orphanage, a seniors’ home, a tofu and noodle factory and material supplies for people in North Korea, such as diapers and rice. Various educational programs, such as English language courses, were terminated as well.

Lim gave some brief remarks, translated into English by Pak, after the church service was over. He was somewhat shocked by all the media attention. While his primary language was Korean, Lim spoke a few words in English at the request of one of the reporters. He said he was just happy to be back with his family and friends, and was incredibly proud to be a Canadian.

There will be more time for more questions afterwards, but suffice it to say Sunday was just a day of celebration of the return of Reverend Lim to Canada. The only thing left to say is…. 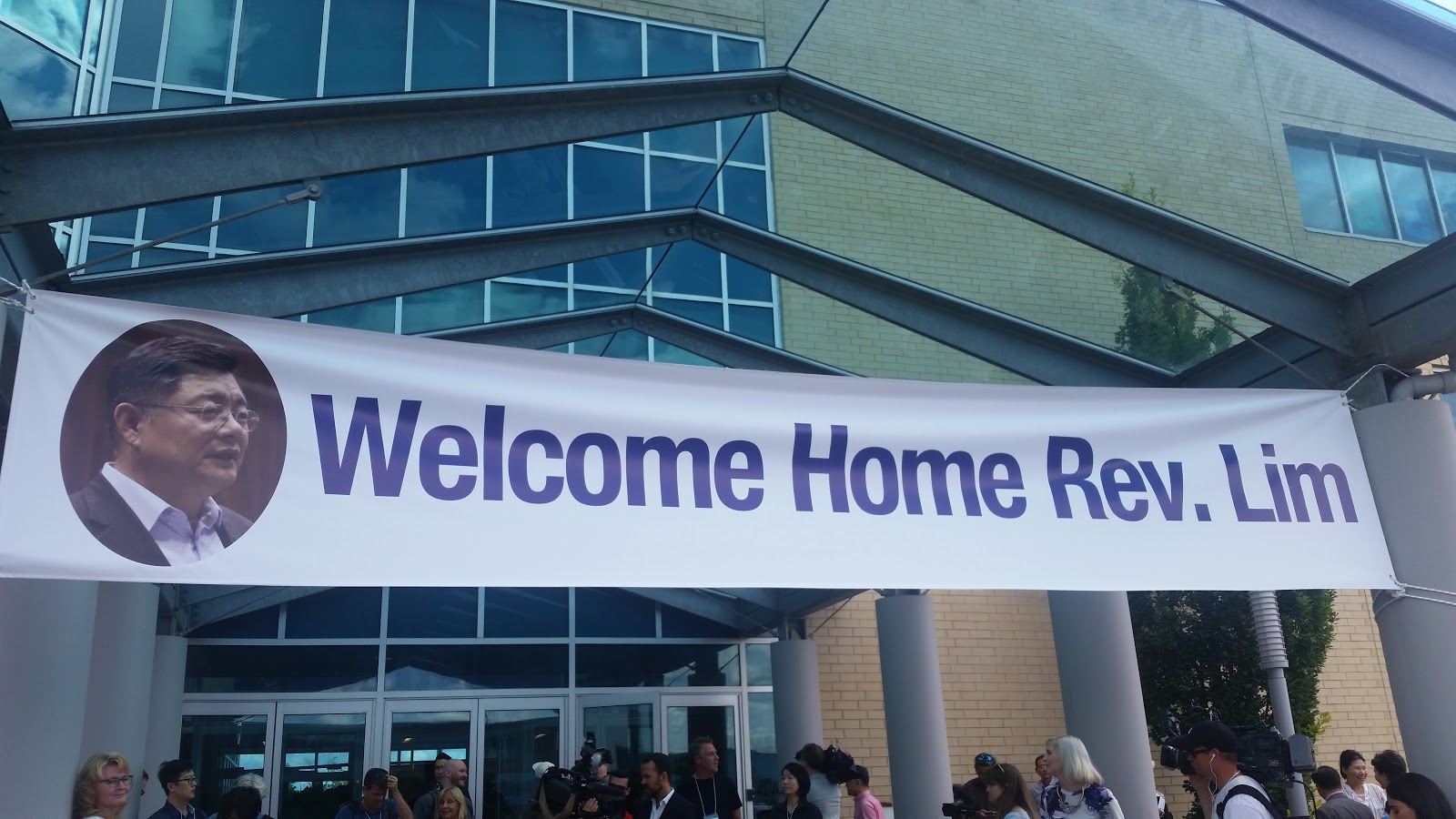 Greek Palace reopening on Rymal Road in Hamilton
Don’t call it a comeback — Greek Palace has been satisfying soulvaki cravings in Hamilton for years.
END_OF_DOCUMENT_TOKEN_TO_BE_REPLACED