Mississauga parks give people the chance to play chess 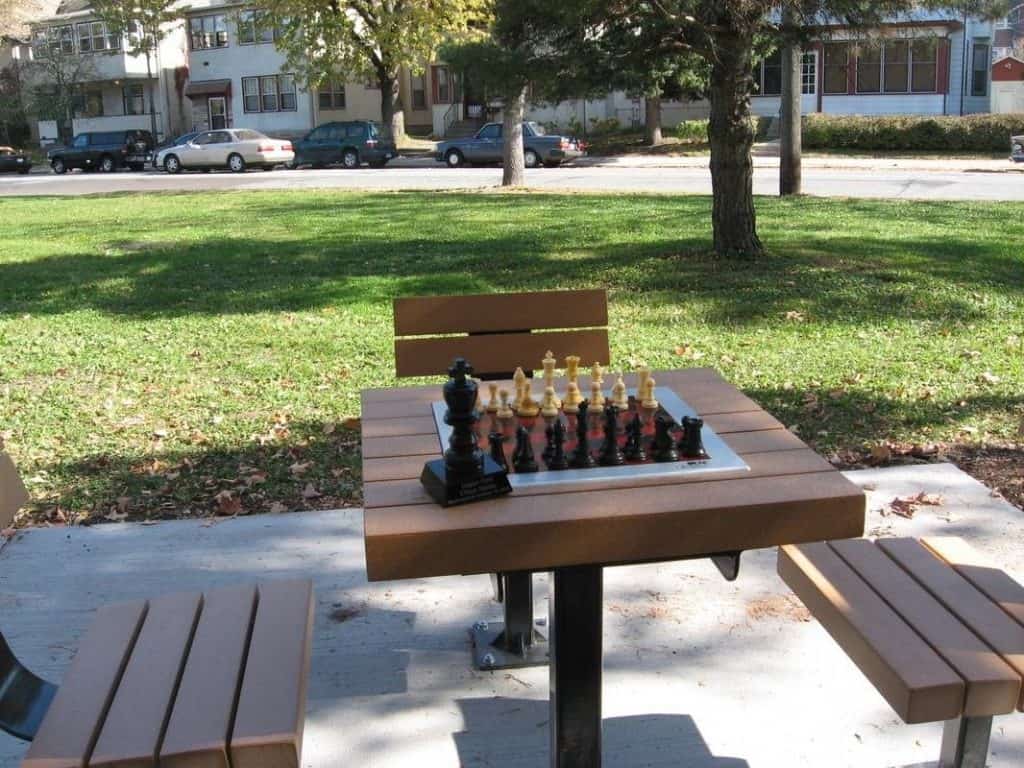 A ribbon-cutting ceremony taking place this weekend at a park in southeast Mississauga will officially give area residents even greater access to one of the world’s oldest and most popular games of strategy.

New outdoor chess tables will be unveiled by City of Mississauga officials on Saturday (Sept. 24) at Ron Searle Park, located just east of Dixie Rd. and south of the QEW.

The unveiling will take place at 1 p.m. Ward 1 Councillor Stephen Dasko, members of the Orchard Heights Homeowners’ Association and a representative from the Mississauga Chess Club will be on hand.

Similar chess tables and benches are also being set up at a number of other Mississauga parks, most notably in the southeast part of the city.

They will soon offer visitors/chess lovers the opportunity to sit down and enjoy one of the world’s most popular games of strategy.

Dasko has pushed for chess tables in parks in and around the Port Credit area.

He posted a message to Facebook last month saying that they’re coming soon.

“Very exciting to see the pads for the chess tables being prepared,” he wrote at the time, noting chess tables will soon be available to the public at Helen Molasy, Hiawatha, Ron Searle, Laughton Heights, J.J. Plaus and Westacres parks in his ward, which covers southeast Mississauga.

To the northwest, in the Cooksville and surrounding areas of Ward 7, chess tables are either being put in or are already available at three parks: Carriage Way, Gordon Lummiss and Iroquois Flats parks.

Some outdoor chess tables, such as those at Meadowvale Community Centre and Scholars’ Green Park in the downtown core, have been around for years.

City officials say chess tables are not a standard feature in all, or even most parks. They are installed at select locations, with the support of funding from the federal government.

Known for centuries as the “royal game” because of its popularity among the nobility, according to Encyclopedia Britannica, chess first appeared in India about the 6th century AD and by the 10th century had spread from Asia to the Middle East and Europe.

The game experienced explosive growth in interest during the 20th century and today is played by men, women and children in huge numbers around the world.