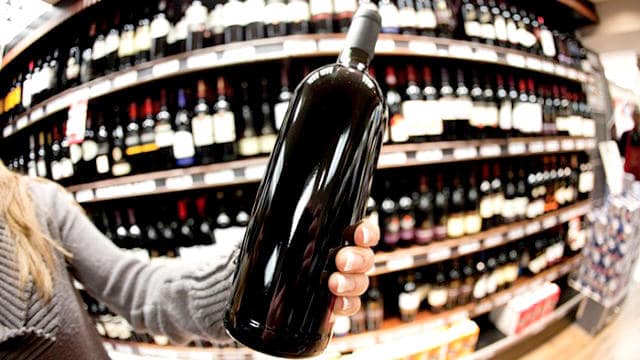 Late last week, we learned that Ontario selected the first grocers that could sell both domestic and imported wine in up to 70 grocery stores across the province starting on Oct. 28 (and that several of the grocers have locations in Mississauga).

While the news is certainly good for both wine lovers and independent wineries who will be granted the opportunity to, ideally, sell more varieties of their product in more locations, it’s really just a step in the right direction.

“It’s a start,” says Marcel Morgenstern, director of sales with the Niagara-on-the-Lake-based PondView Estate Winery and Burnt Ship Bay Estate Winery. “It’s something that the end consumer has been asking for and the government made a good start with beer. For us, it’s exciting to reach more people in areas we didn’t have access to before.”

Right now, the LCBO offers a sizeable (and commendable) wine selection that spans the globe and has recently given consumers more options with its new online ordering system. That said, it’s important to note that not all LCBO locations are created equal (some have more selection than others) and even though Mississauga boasts a few generously-sized stores, other Ontario cities have fewer choices when it comes to choosing the perfect vino for a meticulously planned dinner party.

“It’s a step in the right direction,” says Morgenstern. “But it’s not opening up the total world of wine to the consumer. We’re only talking 70 grocery stores across Ontario. This is not private enterprise selling wine, these are licenses given out by the LCBO and they control all the purchasing and distribution. We welcome this opportunity to reach people who can’t buy our product in their local LCBO, but I think we can do much better going forward.”

If a consumer wants to buy PondView or Burnt Ship Bay products, they can do so at the LCBO — but their choices are limited. Right now, the LCBO carries PondView’s Lot 74 cabernet merlot, Burnt Ship Bay’s cabernet merlot and a small selection of other vinos produced by the wineries. While people can indeed buy some of their wines in store or online at the LCBO, they don’t have access to much — especially considering that PondView alone produces dozens of varieties. Other independent – and often family-run — wineries are in the same boat.

“Not all products are distributed by the LCBO,” says Morgenstern. “The LCBO has to meet targets for sales and price points and it’s not a specialized market. In other North American jurisdictions and in Europe, you can find some unique wine stores that specialize in, say, Italian or North American wines. The LCBO has more mass-market appeal. With wine in grocery stores, we’ll see more products not available at the LCBO. But we also hope to see more specialization and more opportunities for consumers to access more wine from [local] wineries. It’s hard to travel to wine country and some people are still not comfortable ordering online.”

Fortunately for wine aficionados who are okay with e-commerce, it is possible to access wine that’s not available at the LCBO without traveling to Niagara-on-the-Lake or Prince Edward County. PondView, for example, operates a wine club that allows members to receive up to six bottles monthly or biannually. Other notable wineries, such as Peller Estates, also operate wine clubs.

That said, it’s hard to know what’s out there if you’re not seeing it locally and not everyone thinks to scour the web for wine clubs in far off cities.

“Wineries can make more products available through online ordering,” he says. “I can get wines to Mississauga consumers the next day. We can do it on Amazon turnaround times. The LCBO online ordering system is also a step in the right direction, but [it can take longer] and people want wine within 48 hours.”

So, how could the LCBO — and the province in general — improve? By opening the wine market to small business owners and consumers (and by listening to customers).

“I think the consumer has to make it clear that the issue is having more access to a better selection of beer and wine. This already happens in Canada in provinces like Alberta and B.C. and Quebec. The LCBO is great and we like working with them, but for other wines, there should be more specialized channels. They should give licenses to people who want to open wine stores. This won’t hurt government revenue and it’ll create more jobs. Privately owned and run wine stores should be looked at very seriously. So far, they have eluded us in Ontario.”

It is true that privately owned and operated wine stores are common in other places and rarely — if ever — harm the delicate fabric of civil society. It’s also true that people have never been more aware of the importance of supporting local businesses. If an independent wine store popped up in Mississauga and sold domestic wine exclusively, it would likely do well. It also would benefit both the municipal and provincial economies.

“In Europe, the world still functions with privately operated wine and beer stores. If it happens in the rest of the world, why can’t Ontarians be trusted? [Selling in grocery stores] is a step in the right direction, but we’re not done modernizing the liquor laws in this province. But the next step should be easier because the world won’t end when people can buy groceries and a nice bottle of wine.”