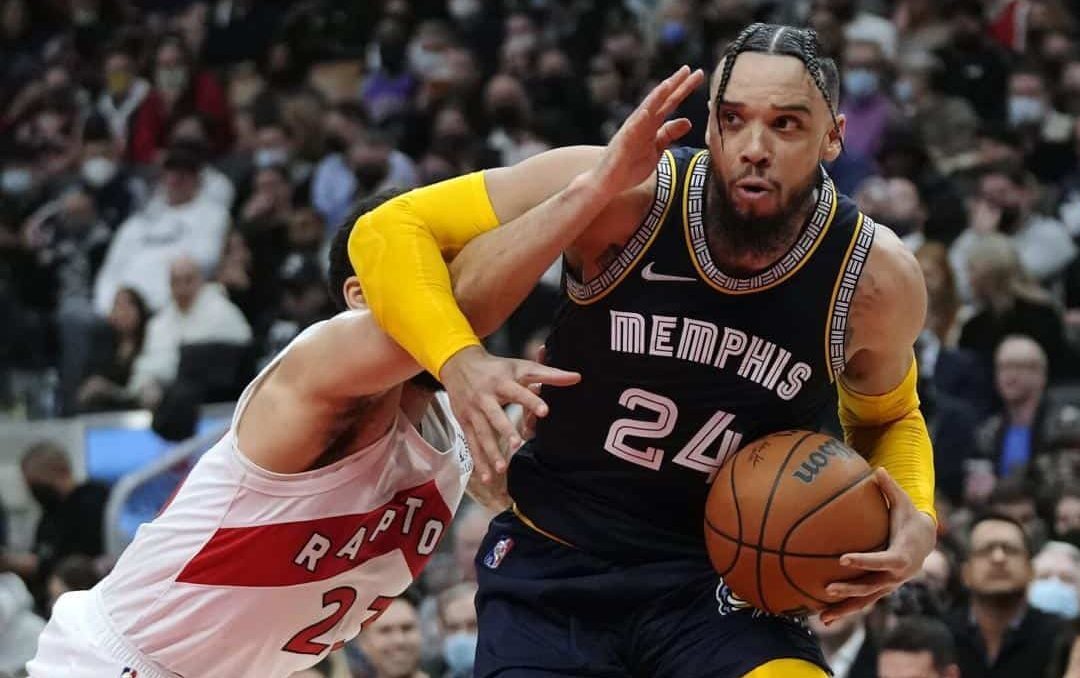 One of the NBA’s most active trash talkers, Mississauga native Dillon Brooks, led his Memphis Grizzlies to a win over the host Toronto Raptors last night—and he wasn’t shy in doing so.

Dillon Brooks, a 6-foot-7, 225-pound small forward in his fifth season, drained 17 points in his team’s 98-91 road win, the Grizzlies’ first victory in Canada since 2013. It was Brooks’ first time playing on this side of the border in more than three years.

After sinking a 3-pointer in the fourth quarter, an animated Brooks shook his head repeatedly and the TV cameras caught him bounding downcourt while yelling and crowing at the Toronto crowd.

“This is my house! My house!” Brooks, a 2017 second-round draft pick of the Houston Rockets, screamed.

That spirited, good-natured declaration was also aimed at one particular person, a fellow Canadian, on the Raptors’ bench—Toronto’s basketball development consultant and community ambassador Jamaal Magloire.

Magloire, a Toronto native who played 12 seasons in the NBA, including one all-star campaign, had reportedly yelled earlier at Brooks: “This is our house!”

Post-game, the Mississauga native was decked out in a fur coat and his customary oversized sunglasses as he spoke to the media.