UPDATED: Mississauga native’s Raptors debut will have to wait as tonight’s game postponed 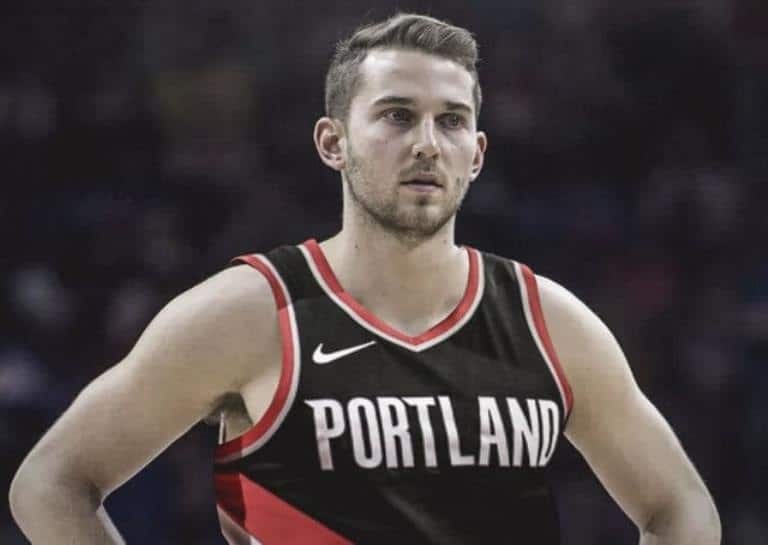 Mississauga native Nik Stauskas has been signed to a 10-day emergency contract by the Toronto Raptors. (Photo: Celebtap)

UPDATED: The Toronto Raptors announced today that tonight’s scheduled game in Chicago against the Bulls has been postponed.

Mississauga native Nik Stauskas is getting another shot at the hoop, and he’s getting the opportunity very close to home.

Stauskas, the eighth overall pick in the 2014 NBA Draft who has yet to pan out, was signed yesterday to a 10-day emergency contract by the injury- and COVID-19-riddled Toronto Raptors.

The 28-year-old shooting guard has travelled with the Raptors to Chicago, where the club had a date tonight with the Bulls before the contest was postponed. Barring any more COVID-related cancellations, Toronto will visit Cleveland for a game on Boxing Day and return home to host the Philadelphia 76’ers on Tuesday night.

Stauskas, who attended Loyola Catholic Secondary School in west Mississauga before going on to star with the NCAA’s Michigan Wolverines, was signed from the Grand Rapids Gold of the NBA G League.

Toronto is calling up Nik Stauskas of @NBAGrandRapids from the @nbagleague, league sources say.

More NBA from me: https://t.co/LGN9cV7Dif

Since being drafted in the first round by the Sacramento Kings seven years ago, Stauskas has gone on to play for the 76’ers, Brooklyn Nets, Portland Trail Blazers and Cleveland Cavaliers.

In addition to Stauskas, Brandon Goodwin, a 26-year-old guard from the G League Westchester Knicks (97 games of NBA experience), and 6-foot-7 forward Juwan Morgan, a former college teammate of the Raptors’ OG Anunoby who has been playing with the Maine Celtics, have also been added to the Toronto roster.