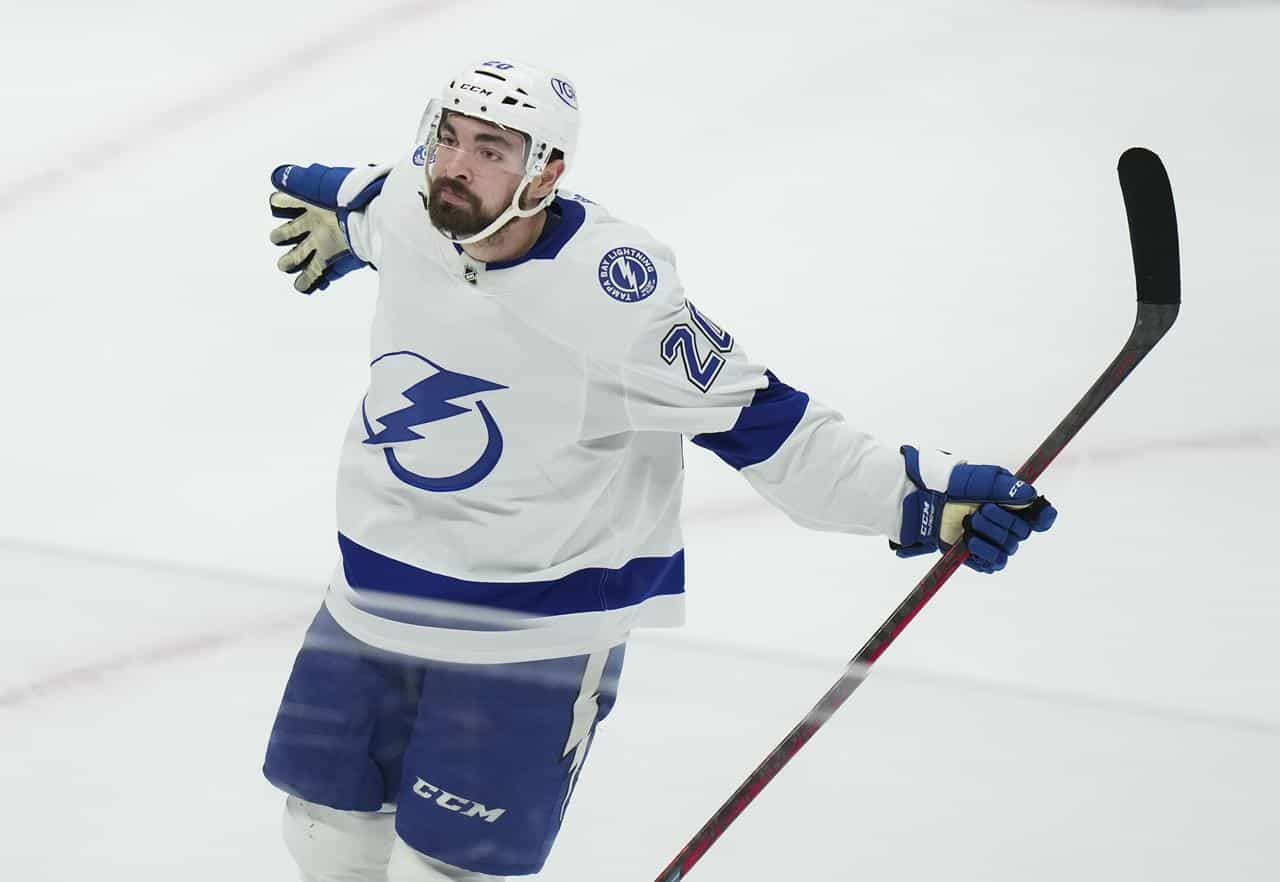 Mississauga born and raised Nick Paul scored twice, including an incredible individual effort on the winner late in the second period, as the Tampa Bay Lightning defeated the Toronto Maple Leafs 2-1 in Game 7 on Saturday to win their first-round playoff series 4-3.

Morgan Rielly replied for Toronto, which hasn’t moved onto the second round since 2004 and is now 0-9 in elimination games over the last five post-seasons after also losing Game 6 by a 4-3 scoreline in Tampa two nights earlier.

Despite their best efforts, the Leafs were once again unable to push through and finally flip an long, ugly narrative of playoff failures for a franchise that has now lost its last seven series, including six straight dating back to 2017.

Toronto is now 7-3 all-time at home in Game 7s, including a loss at Scotiabank Arena last season after blowing a 3-1 series lead against the Montreal Canadiens.

Down 1-0 after 20 minutes Saturday, the Leafs appeared to tie the game at 11:28 of the second when John Tavares roofed a shot on Vasilevskiy, but the goal was waved off after Toronto defenceman Justin Holl was whistled for interference.

Campbell had to make a couple of desperation stops on the ensuing penalty kill to set the stage for Rielly’s equalizer off a setup from Mitch Marner and Auston Matthews to score his third of the playoffs at 6:35 to send the crowd of 19,316 into a chaotic frenzy.

The goal was the first surrendered by Vasilevskiy and the Lightning in their last six series-deciding games.

William Nylander then missed high on a breakaway and the Tampa goaltender robbed Matthews with the Leafs buzzing.

But Paul scored his second of the night — and second ever in the playoffs — with 3:28 remaining in the period on a terrific play where he kicked the puck from his skate to his stick.

Tampa nearly made it 3-1 late in the period when Kucherov hit Campbell’s post from the slot.

Vasilevskiy was under siege throughout a Leafs’ power play just over six minutes into the third, but kept the home side at bay despite some furious pressure.

Toronto continued to press inside an anxious, tension-filled rink as the clock ticked down.

The Leafs, however, just couldn’t find a way through with Campbell on the bench for an extra attack to complete another chapter of playoff disappointment.

Both teams had terrific opportunities for early breakthroughs, but Vasilevskiy and Campbell were there at every turn.

Tavares nearly blew opened the scoring on a great chance in close where Vasilevskiy shot out his left pad before the 2019 Vezina Trophy winner denied Marner.

Campbell then held the fort on a Lightning power play on a couple of great looks for the visitors.

Brayden Point, who scored the winner in Tampa’s Game 6 victory to extend the series, was injured late in the first when his right leg got caught underneath him as he fell to the ice. The winger — in agony as he headed down the tunnel to the locker room — tried to return for the second period, but shut it down after a brief shift.

The Lightning went up 1-0 moments after Point went down in the first when Paul, who had a number of chances in Game 5 with his team ahead before Toronto roared back, scored his first.

Campbell made the initial stop on Ross Colton’s one-timer off the rush that nicked Rielly’s stick, but the rebound fell to Paul at 1:36 as Toronto surrendered the first goal for a fourth straight game.

The Lightning were playing in just their second Game 7 since the start of the 2020 playoffs after defeating the New York Islanders 1-0 on home in the semifinals last June.

Toronto’s last Game 7 at home with fans — the club’s 2021 loss against Montreal was played in front of 550 health-care workers because of COVID-19 restrictions — since 2004 when Joe Nieuwendyk scored twice to oust the Ottawa Senators.

The Leafs didn’t make the playoffs again until 2013 when they collapsed in Game 7 against the Boston Bruins. The club’s new generation made the playoffs for the first time in 2017, but has suffered a string of heartbreak that continued Saturday night.

This report by The Canadian Press was first published May 14, 2022.