However, from my experience with past town hall or public meetings pertaining to issues like immigration and citizenship, people too often assume the minister can instantly solve their specific immigration case file. Perhaps anticipating this confusion, organizers advised anyone with a specific case to speak to staff from the MP’s office to book an appointment.

But still, people came regardless of that advance warning. That may explain why attendance ended up being standing room only, so much so that organizers had to bring in additional folding chairs to accommodate more people. Apparently, these guys learned a little bit from the last time they tried organizing a town hall to discuss an important issue, as the organizers were adamant about making sure they could make use of every available seat in the room. 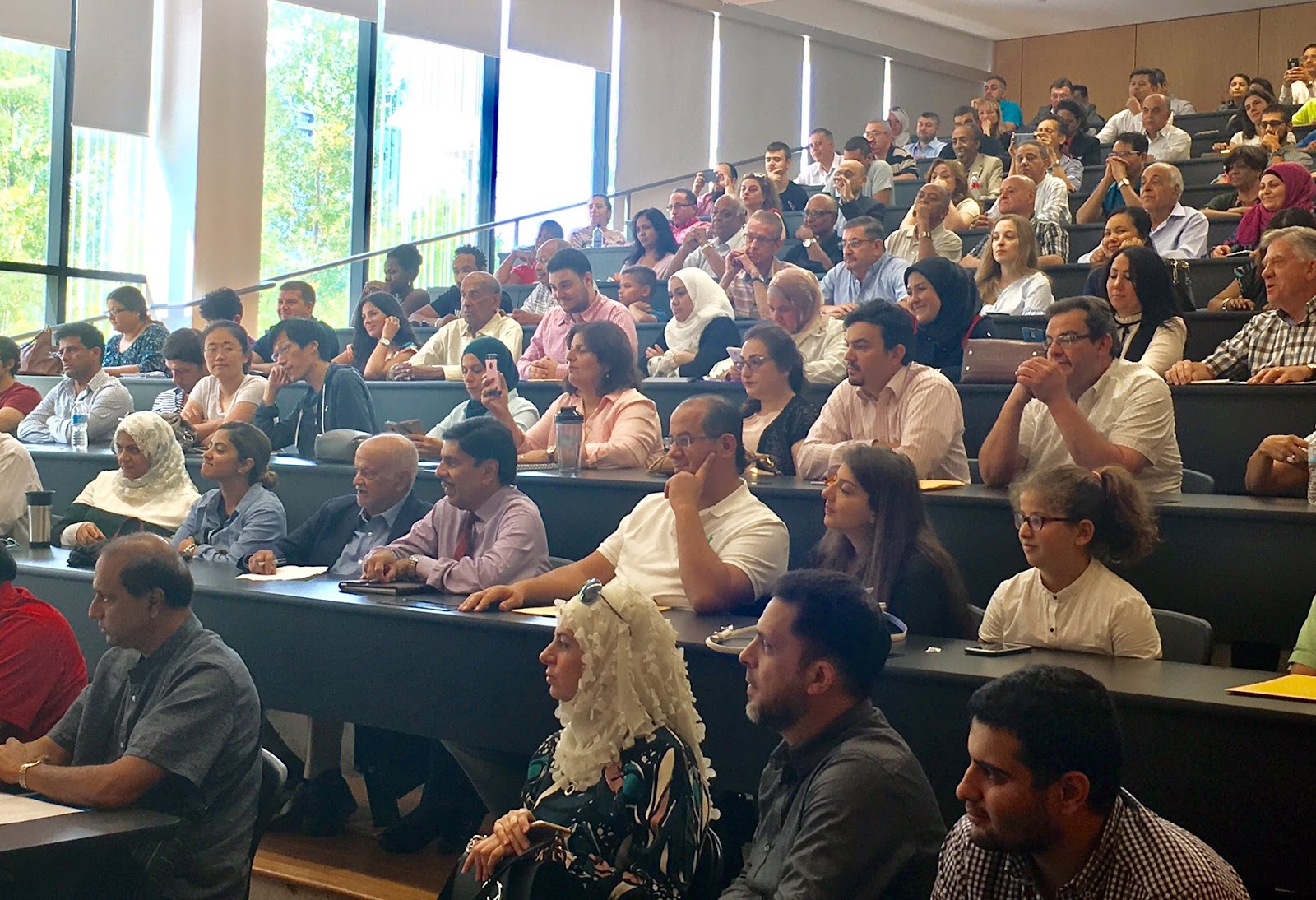 Minister Hussen began with some brief remarks, as the intention was to have this town hall allow people to pose questions. Hussen said part of the government’s agenda is not just about policy, but improving client services and making sure that the right outcomes and experiences with the system leave people with a pleasant feeling and not frustration. He also said it was important to conduct these kinds of consultations to make sure the government gets things right on the immigration file. 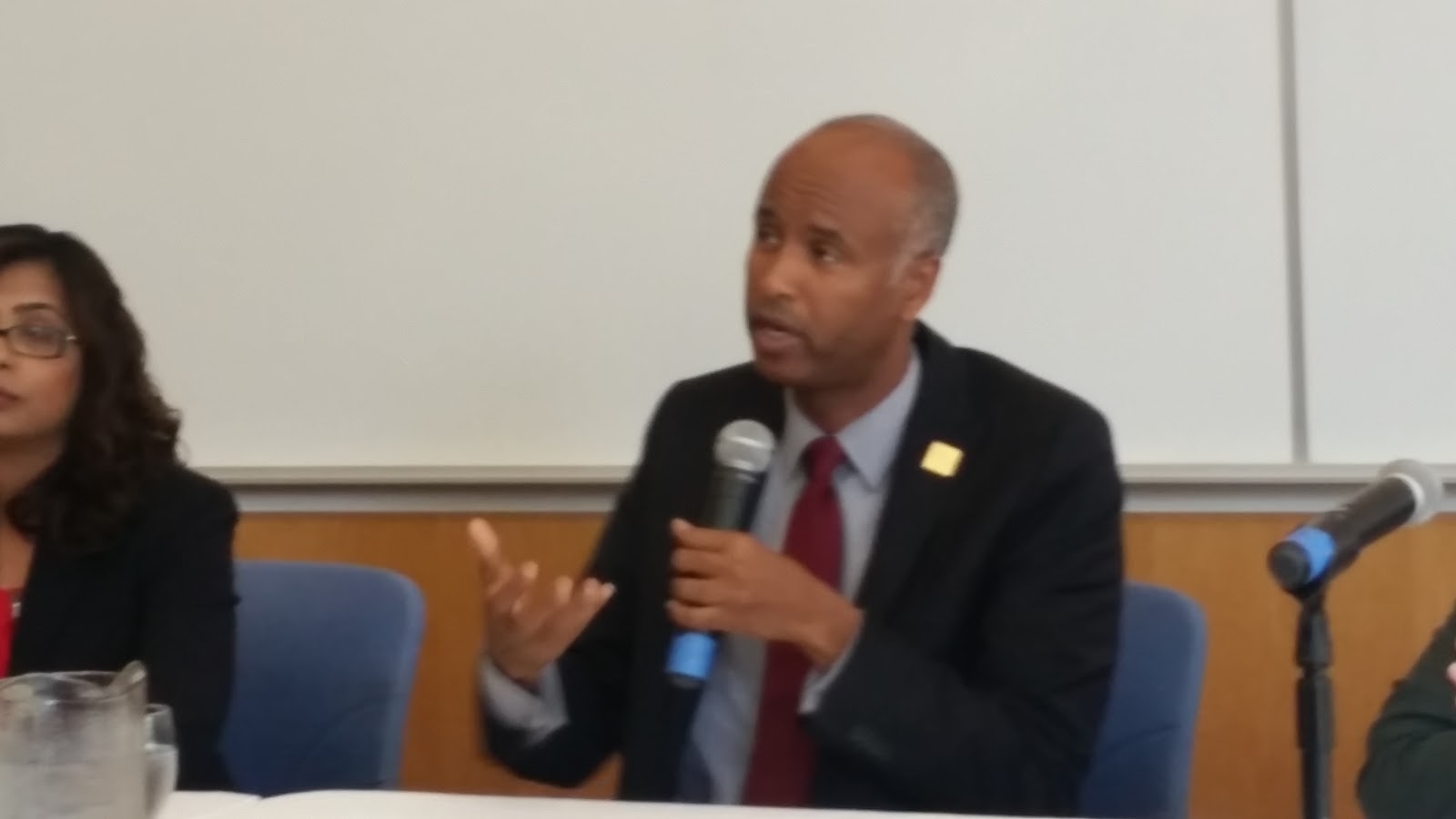 Hussen also said when the Liberals came to power, the immigration system was broken and blamed the last government for failing on a number of fronts, such as temporary foreign workers, refugees, client services such as renewing permanent residents (PR) cards. There was no imagination or consultation with the business community from the Tories, but the good thing is that Canada still attracts people who want to come live and work here. However, when you have double digit growth in applicants, that puts a strain on the system.

The minister outlined some initiatives that have been implemented since the Liberals took office in 2015: 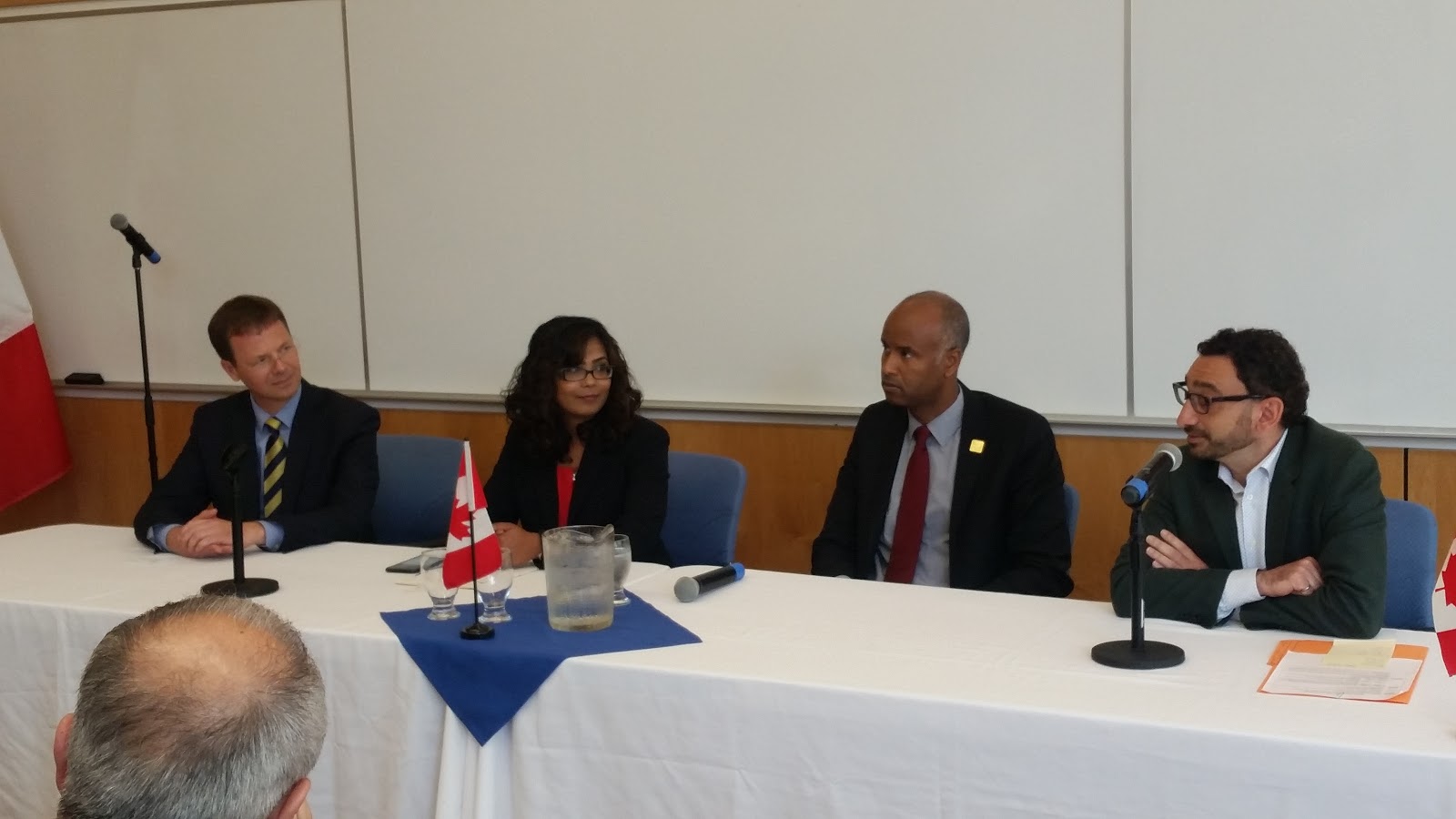 Minister Hussen and his fellow Liberal colleagues from Mississauga then sat down to take questions from the audience. One of the first ones that stood out came from Mississauga resident Elias Hazineh, who asked Hussen why refugees are prohibited from bringing their spouses or partners once they come into Canada.

This following video is Hussen’s response to Hazineh’s question and a few others.

Another resident had asked why the travel advisory on Pakistan is still in place from the previous Conservative government, as it’s causing problems for businesses in Pakistan wanting to do business in Canada because there have been fewer VISAs accepted from Islamabad. Hussen put out a statistic that gets rarely mentioned: 85 per cent of applicants get accepted; it’s only the 15 per cent that people pay attention to and after awhile the perception gets ingrained that immigration applications keep getting rejected.

Someone else asked why the Mississauga office is “too slow” in comparison to the one in Edmonton in terms of processing applications. Another resident complained about the website not showing enough information and wanted more confidence in knowing the status of applications. Hussen replied that he is not familiar with the Mississauga processing centre being too slow, saying that the government is experiencing a great volume in all lines of business everywhere, so it’s not really a matter of geography.

Hussen said that PR cards actually fall under the portfolio of security, which is overseen by the Public Safety Ministry. But the minister also didn’t know that child documentation took up to six months, which is concerning, so if they can produce a document within 24 hours or a few days that would be good idea. The backlogs are also a priority, as he said earlier when talking about eliminating spousal backlogs. Hussen said the Liberals inherited 60,000 caregivers backlog; that number has now gone down to 20,000, as well as a number of other backlogged applications.

Local Mississauga businessman Zoheir Hasanbhai had a question concerning international students (for full disclosure, Mr. Hasanbhai has been a family friend of the writer for many years) and how students were limited to seeking employment, rather than being allowed to be more entrepreneurial and creating employment.

In response to Mr. Hasanbhai’s question on international students having more opportunities at entrepreneurship, Minister Hussen said he likes the Nova Scotia’s provincial program that allows international students to start a business, which the minister said would be a good idea to emulate across the board. There was another question about some backlogs at the Immigration and Refugee Board (IRB) and the need to allow for more hearings, which Hussen said was going under a third party review to improve the process.

The status of refugees and how they would be allowed access to basic services came up during this exchange:

One of the final questions to Minister Hussen concerned Bill C-6 and the changes from it in comparison to Bill C-24, brought in by the previous Conservative government back on June 2015. Someone asked when Bill C-6 takes effect, should people expect the backlog to jump up again? This is Minister Hussen’s answer:

The Minister’s rushed ending was due to the fact he had to appear in another town hall on immigration policy in Brampton the same day. Although there were substantive questions raised by the audience members, it looks like the most important thing for a number of them was getting their immigration cases addressed, as this lineup that formed outside the auditorium showed. 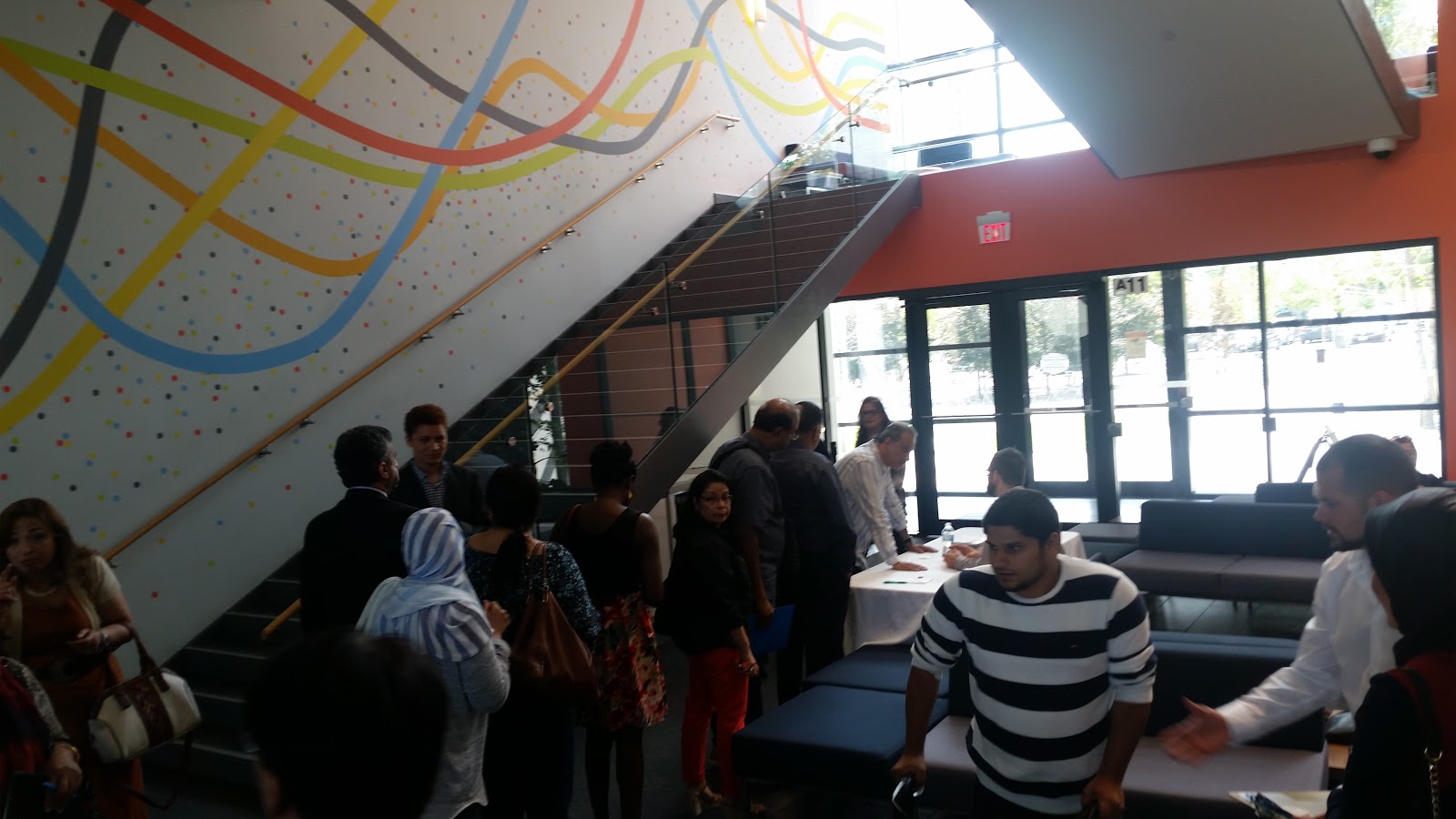 Immigration may be an important issue for Canada as a whole, in terms of contributing to economic growth and diversifying the social fabric. But at the end of the day, immigration to the average person in Mississauga is really about getting cases for spouses, relatives and friends sorted out through the complexities of the federal bureaucracy.