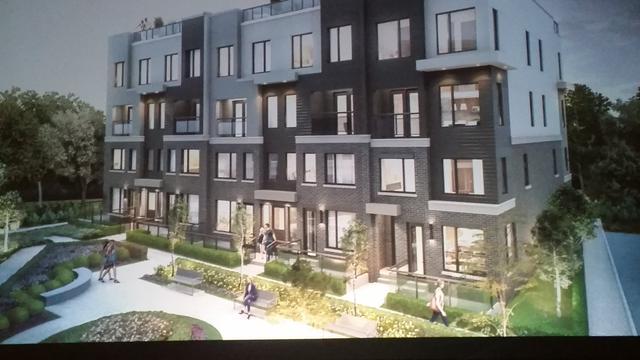 A provincial Mississauga MPP made some controversial remarks during a breakfast meeting he hosted last week discussing the recently released 2018 Ontario Budget.

During this breakfast meeting at Mondello Ristorante, Mississauga Streetsville MPP Bob Delaney was peppered with questions about the tripling of Ontario’s debt, estimated to be around $312 billion this year. That means about $12 billion will be allocated to servicing that debt. Last week’s budget included plans to expand dental care, pharmacare, seniors home care, as well as other spending measures ahead of a June provincial election. The government had projected the first surplus they had in several years, only to put the province back into deficit spending for another six years to further their spending.

According to ratings agency Moody’s Investor Service, Ontario’s debt level is “among the highest” of all the sub-sovereign jurisdictions in the world.

In response to a local reporter asking why it took the government 15 years to implement these programs only now with an election coming up, the MPP said that accusation “was bulls**t” and proceeded to declare that “he was proud to be part of a government that tripled the debt.”

Bob Delaney’s exchange can be heard on this clip (his remarks start around 6:40)

In subsequent interviews, Delaney denied having made these statements before the audio recordings surfaced. He then said his words were taken out of context, but it seems in the last few years, Delaney has been associated with a number of controversies (full disclosure: I volunteered on Bob Delaney’s 2007 reelection campaign).

Who could forget the infamous 2016 incident in which Delaney called the police on a mother of an autistic child who protested outside his constituency office? The mother, Melanie Palaypayon, was protesting the Ontario government’s lack of intensive behavioural intervention (IBI) funding for children aged five and older. Delaney was ordered by Premier Kathleen Wynne to apologize to Palaypayon and the government ended up extending the IBI funding.

There was another incident at an interfaith bridge building event when anti-Islamic protesters showed up and started shouting down the presenter, Mississauga MP Iqra Khalid, over her private members bill condemning religious discrimination, including Islamophobia. The meeting was held up then cancelled when the protesters continued with their “performance.”

Speaking of performance, I went back and watched the video, and there was a segment with the woman with the handmade sign proclaiming how she was insulted as a Canadian and whose father fought on Vimy Ridge for the right of freedom of speech in Canada. Delaney was present and confronted the woman, and in somewhat dramatic fashion, goes “My grandfather fought there, don’t you dare desecrate that battle, with your garbage here…”

I don’t doubt either the woman or Delaney’s personal histories with family who fought in previous World Wars, but it seemed that both of them really cranked up the rhetoric by conveniently using those personal stories to play for the cameras. Also present at the meeing was locally known anti-Islam provocateur Sandra Solomon, so the event was quite YouTube worthy from the start.

Finally, there is this little known exchange Delaney had with former Ontario Ombudsman Andre Marin. Marin tweeted that Delaney, during a meeting with him, told Marin that his office was more opulent than the Oval Office. Marin later went on to run as a PC candidate in Ottawa after leaving the Ombudsman’s office.

Saying you have a better office than the current occupant of the White House may be hazardous to one’s health (or Twitter feed), but having the guts to say something like that smacks of sheer arrogance to say the least.

Despite having been an MPP since 2003, Bob Delaney has never been in cabinet, under Dalton McGuinty nor Kathleen Wynne, even though he’s been in the Legislature longer than Finance Minister Charles Sousa or Seniors Minister Dipika Damerla. After the string of controversies including his latest moment of proudness at indebting Ontario’s future generations, who can blame the premier for keeping Delaney far away from the cabinet table?

Ironically enough, Delaney’s outburst may have been an inadvertent admission of truth on the part of his government: that they believe in deficit spending, borrowing and taking on debt in order to fund social programs for “the greater good,” even though Wynne spent the better part of the past week dodging the whole ‘debt’ question.

This might help him in reelection in June if he is running again, as some people might appreciate a politician for speaking so bluntly (however, he may have screwed up that narrative with his backtracking during the media circuit in the afternoon).

The MPP boasted that he would gladly go door knocking on the 50,000 homes in Mississauga-Streetsville campaigning on how proud he was of tripling the provincial debt by spending taxpayers’ money on all these programs.

Would you be voting for Bob Delaney as MPP in Streetsville again if you live in his riding?