A federal Member of Parliament from Mississauga has taken to spoofing a popular segment from an American comedy show to highlight the amount of vitriolic and insensitive tweets that get sent to him on a daily basis.

Omar Alghabra, the Liberal MP for Mississauga Centre, posted a video on YouTube of himself reading ‘mean tweets’ sent to him on Twitter. Alghabra was recently reelected in the October 21 federal election.

“Mean Tweets” is a popular segment introduced in 2012 by comedian Jimmy Kimmel on his show Jimmy Kimmel Live, where a host of celebrities and other famous people in music, film, TV and sports read tweets sent to their Twitter accounts out loud on air, followed by often hilarious responses to said tweets from that person.

Celebrities who have participated include comedian Will Ferrell, actresses such as Julia Roberts and Scarlett Johansson, actor / wrestler Dwayne ‘The Rock’ Johnson and football player Rob Gronkowski. Former US President Barack Obama even did an entire special segment of Mean Tweets on Kimmel’s show.

Here are some of the tweets Alghabra read in his spoof:

In another tweet, the sender photoshopped a meeting Mississauga MPs had with Prime Minister Justin Trudeau and Mayor Bonnie Crombie, dubbing it the “Mississauga Sharia Court”. 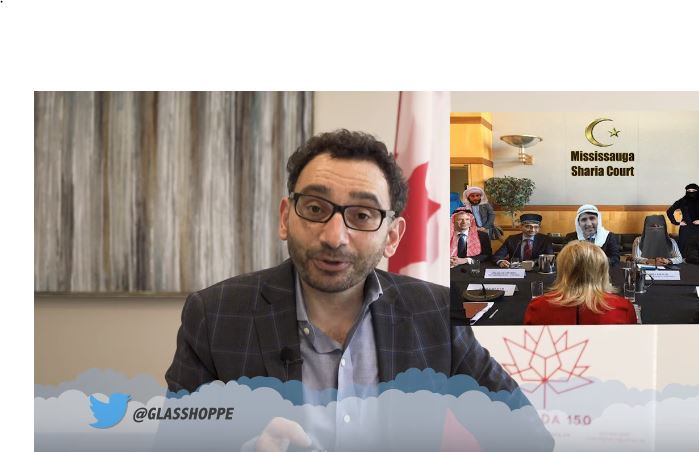 But Alghabra does end his video saying that most of the tweets he gets centre around thoughtful conversation but that the social media platform is susceptible to abuse. And at least one set of tweets were more positive on a more personal nature.

To which someone named “@Targaryen” replied.

At least some good came out of it!

Do you think politicians reading ‘mean tweets’ sent to them on social media is effective or even necessary?

5 unbuilt projects that could have changed...
Top 5 Chicken on the Rocks in Mississauga
Five fun things to do this weekend that are...
Top 5 chicken sandwiches in Mississauga
5 fun ways to make the most out of your...
END_OF_DOCUMENT_TOKEN_TO_BE_REPLACED

A popular fusion restaurant recently opened up in Mississauga
While COVID-19 has been tough for most businesses, it’s nice to still see some new and unique restaurants popping up in the city.
END_OF_DOCUMENT_TOKEN_TO_BE_REPLACED