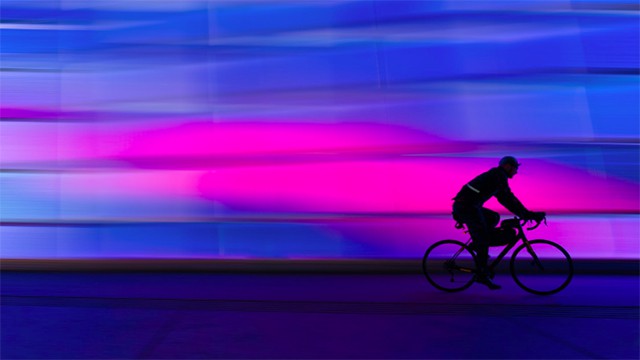 The Mississauga Moves transit project is now towards the end of phase two of the three-phase planning process and an update was provided at a recent general committee meeting at City Hall.

Last spring, the Mississauga Moves project was introduced to council and is a project that will deliver the city’s first Transportation Master Plan. The freedom to move is among one of the many pillars of change for Mississauga and this plan will shape how individuals will move around Mississauga from today until 2041.

The project is part of a larger Strategic Plan that is shaping the priorities, processes and direction of the City.

The Strategic plan prioritizes budgets and resources to the best possible projects such as land use planning, infrastructure, service delivery and asset management. The overall goal and vision statement for the Strategic Plan is to make Mississauga an innovative, vibrant, diverse, safe and connected community and a place where people choose to be.

The Mississauga Moves project is now in the second phase of public engagement. The first phase occurred from spring 2017 to spring 2018, and over the course of the year, the information that has been gathered shows some interesting insights on Mississauga.

One of the questions that was brought up during phase one was, “How do we move?” Studies show, not surprisingly that individuals within Mississauga move predominantly by car, with 86 per cent of individuals using vehicles, 10 per cent using public transit and 4 per cent walking or cycling. What was interesting, however, for car ownership is Mississauga is third only to Toronto and Hamilton with lowest number of cars per household. 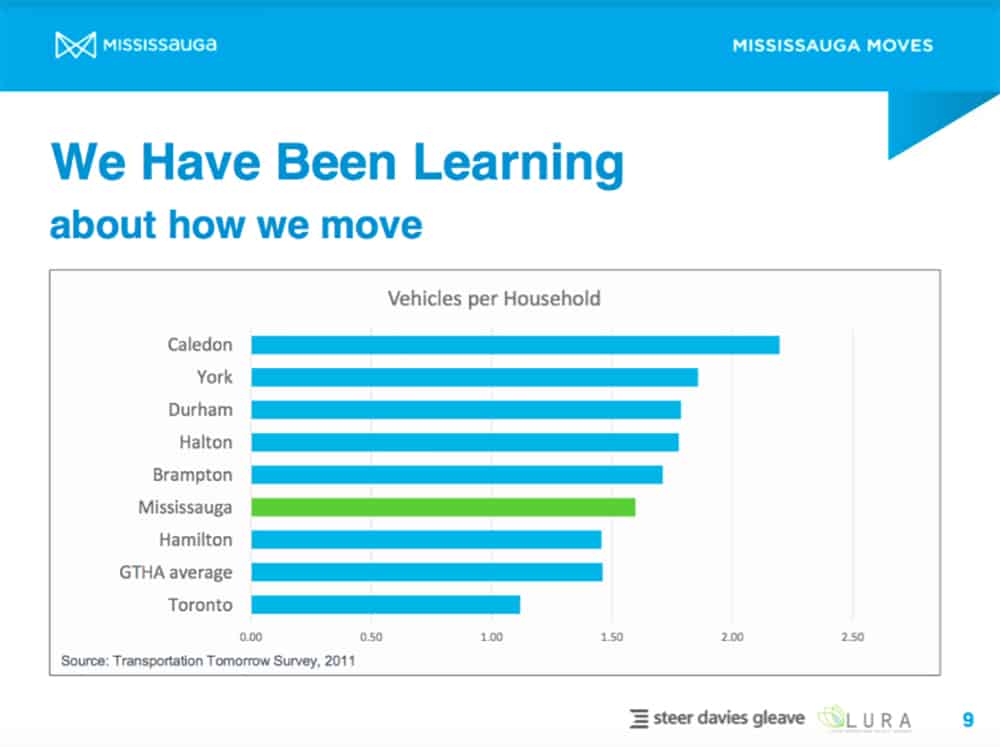 Another way to look at transportation is asking why individuals within Mississauga move.

Michelle Berquist, Project Leader for the Mississauga Moves transit project discussed the statistics behind an average weekday and transportation. Over 2.0 million trips are made in Mississauga on an average weekday, 10 per cent of those trips are related to movement to and from school, 38 per cent is travel to and from work and the remaining 52 per cent related to trips for other purposes.

“When we’re making these plans, it’s important to remember that it’s not just about rush hour and commuting, it’s about all the trips that make up our daily lives and fill our roads,” says Berquist. “Of course we do look at community as a special area of interest…we do know that the commuting patterns are changing as the nature of work is changing.” 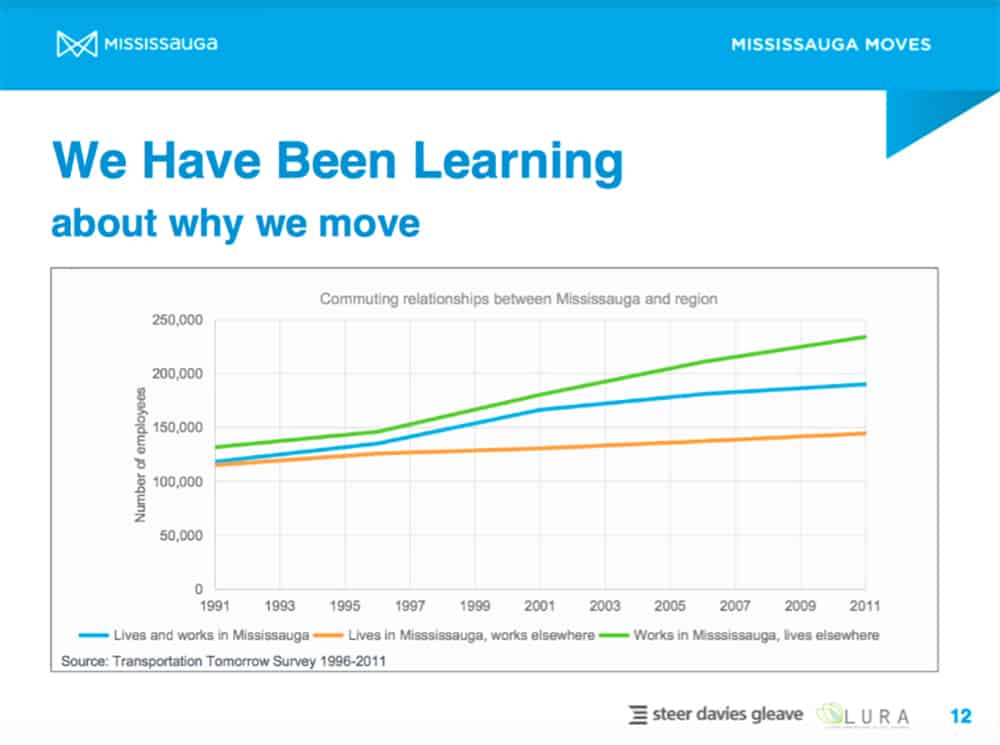 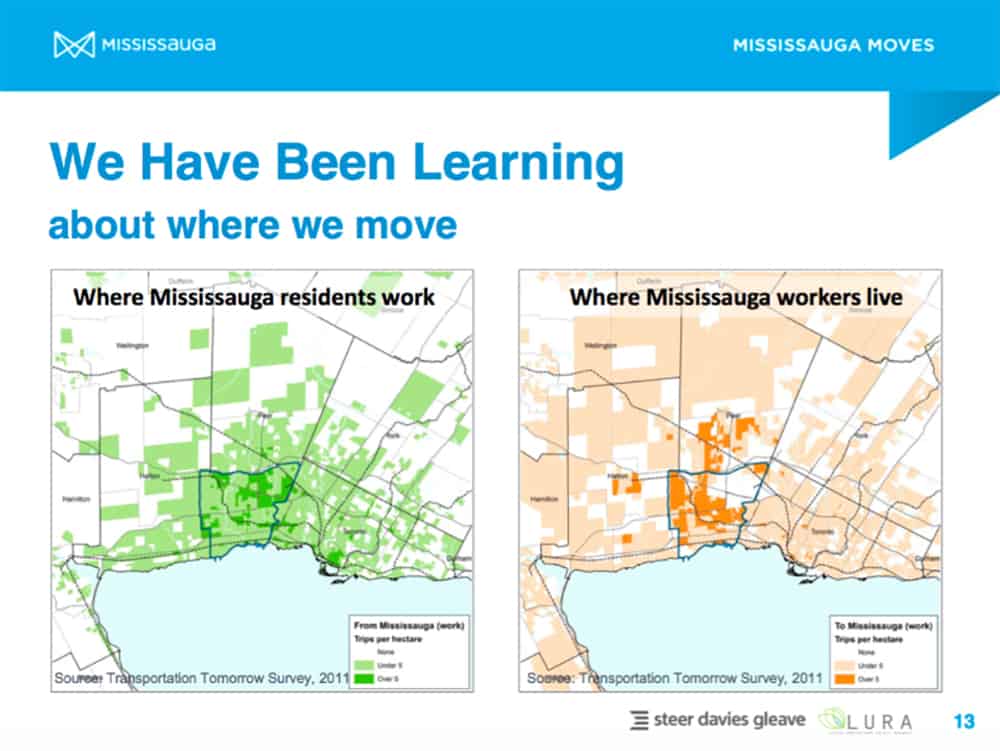 “This really illustrates that Mississauga is a centre of a big region of employment and a lot of our transportation needs are driven by not just the people who live here those also coming to work,” says Berquist.

Phase one of this project included establishing the goals of: integration, connectivity, safety, inclusion, resilience and health, and a vision statement. The vision statement is, ‘Mississauga will be a place where everyone and everything has the freedom to easily and efficiently get anywhere at any time’.

There are a couple of driving questions that are set in place for phase two part of the project:

There are several ways that you can get engaged in Mississauga Moves. There is already an online survey available for individuals to provide input and there will be several pop-up engagement sessions throughout the summer.

This is a great opportunity for those interested to get involved in the planning and strategic goals for transportation in Mississauga.

More information will follow as this project moves towards phase three.