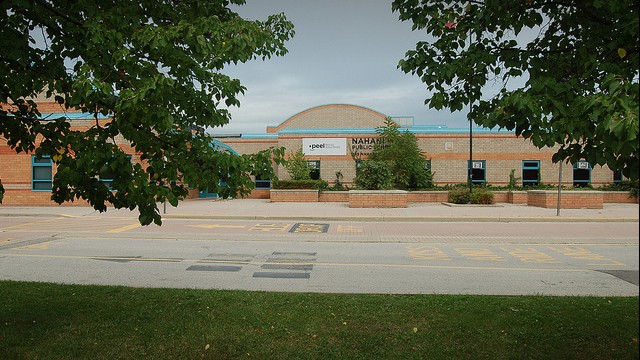 The mother of a six-year-old girl who was handcuffed after police were called to her school is claiming that the incident was unjust and potentially racially motivated, CTV News reports.

According to multiple news outlets, Peel Regional Police officers were called to Nahani Way Public School in Mississauga in September 2016 after the young girl in question began acting out and could not be calmed by school staff.

According to a City News report, the girl, who has been attending the school for two years, has had “an ongoing series of behavioural issues and conflict within the school” and has been suspended a number of times. City News reporter Cynthia Mulligan also added that the girl has a difficult home life, as her mother has cancer and her father passed away when she was just six months old.

According to CTV News, police said it was necessary to handcuff the child because she was a danger to both herself and others and that they, along with school staff, tried other de-escalation techniques before deciding to restrain her with cuffs.

The girl’s family and their lawyer, Donardo Jones, believe such use of force on a “48 pound child” was unnecessary and excessive. The mother told CTV News that she was “outraged” when police called to tell her that they had to handcuff her child.

The September incident marked the third time police were called to the school to deal with the girl.

“With regards to the kicking and punching and the violent actions, they had to restrain her to ensure everyone’s safety,” Peel Sgt. Josh Colley told CTV Toronto.

Now, the African Canadian Legal Clinic is filing numerous complaints against the school board and police, including human rights complaints, on the grounds that the incident occurred because of anti-black racism.

“Had she not been an African-Canadian child, I strongly, strongly believe this would not have happened,” Jones told CTV News.

While police are reviewing the incident, Sgt. Colley told the news outlet that, “it’s an insult to think that someone would say that race played a part in the way that we dealt with the situation.”

The African Canadian Legal Clinic says it is seeking an apology and that it wants everyone involved to be held accountable for what it calls “abusive actions.”

According to the article, the child has since been moved to another school.