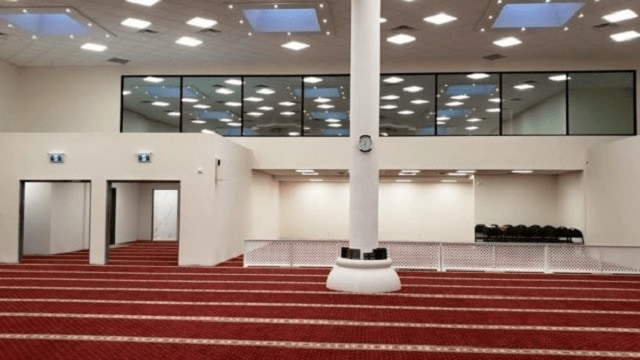 A mosque in Mississauga will soon double as a pop-up vaccination clinic, the Muslim Association of Canada (MAC) recently announced.

The Islamic Community Centre of Ontario, located at 2550 Dunwin Dr (near Winston Churchill at Dundas St W), will offer the vaccine to residents 18+ who live in a hotspot.

The use of the mosque is the result of a partnership between the MAC, Peel Public Health, and the province.

During the pandemic, the organization says they’ve been working closely with the government on community education and public policy consultation, and they’ve offered the use of their mosques from Windsor to Ottawa as vaccination clinics.

More details on registration for vaccination appointments at the mosque are expected to be released soon.

Peel Region’s Medical Officer of Health also confirmed on April 20 that mobile units would begin delivering the vaccine to adults living in Mississauga and Brampton hotspots and workplaces, starting as early as this week.

“We are moving to implement,” Dr. Lawrence Loh told Insauga. “The province announced it and then they reached out to us to see what resources we have. I’m hoping that we will be able to launch before the end of the month.”

Photo courtesy of the MAC