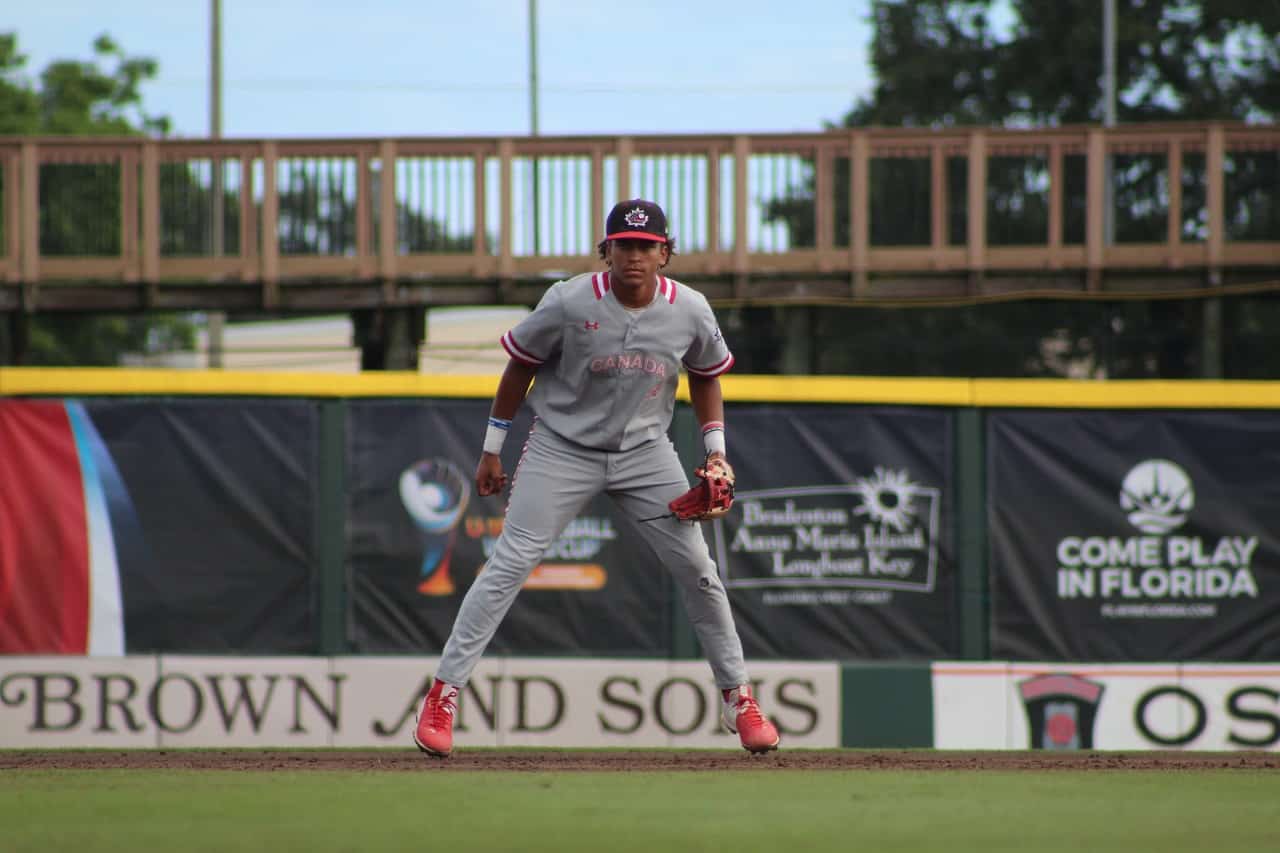 Mississauga brothers Josh and Bo Naylor have already begun making big names for themselves in Major League Baseball, and the story isn’t nearly complete as a third sibling is well on his way to joining them.

The recently-released MLB Pipeline list, widely respected in baseball circles, pegs the Mississauga third baseman as a potential first-round pick if all goes well for him.

If that happens, he would join his two older brothers, also first-round picks back in their day, as only the second brother trio in MLB history to all be first-round selections. Recent baseball stars J.D. Drew (1997 draft), Stephen Drew (2004 draft) and Tim Drew (1997 draft) are currently the lone trio to hold that honour.

Myles Naylor, the lone right-handed batter of the Mississauga siblings, has committed to Texas Tech University next year.

He’s currently finishing up studies at St. Joan of Arc Secondary School in Mississauga, where his brothers also attended.

Regardless whether the third Naylor brother becomes a first-round pick, it’d be quite a noteworthy accomplishment if he were to join his brothers at the MLB level one day.

Josh Naylor, a slugging first baseman/outfielder, and Bo Naylor, a strong-hitting catcher who made his MLB debut late this past season, both suit up for the Cleveland Guardians.

“It’s time for the third and final Naylor brother to come through the Draft pipeline. Oldest brother Josh went No. 12 overall in 2015 and middle brother Bo went No. 29 in 2018. Whether Myles can make the Naylors just the second brother trio to all be first-round picks, joining the Drews, remains to be seen, though the Canadian prepster is definitely on radars after a solid summer, especially at the Area Code Games.”

Callis went on to write that Myles Naylor’s hitting ability is seen as “somewhere between Josh’s raw power and Bo’s pure hitting ability when they were coming out. The youngest Naylor has a good swing, showing both strength and bat speed to go along with good extension and follow-through. There’s raw power, particularly to his pull side, that has yet to show up in games and he can struggle with breaking stuff, leading to some swing-and-miss. There’s a little less polish here than there was with Josh and Bo in their Draft years.”

This past MLB season, Josh Naylor, 25, became known for his exuberant home run celebrations. And he did his thing on the national/international stage in Game 4 of the American League Division Series between the Guardians and New York Yankees (see below).

Earlier in October, some MLB history was made in Cleveland when Josh Naylor and Bo Naylor, 22, a catcher, were in the starting lineup together against the Kansas City Royals.

Josh hit cleanup that game with Bo hitting right after him in the No. 5 spot in the batting order.

If it's a Cole World, this is Ice. 🥶#ForTheLand pic.twitter.com/hMaSJFTYL5