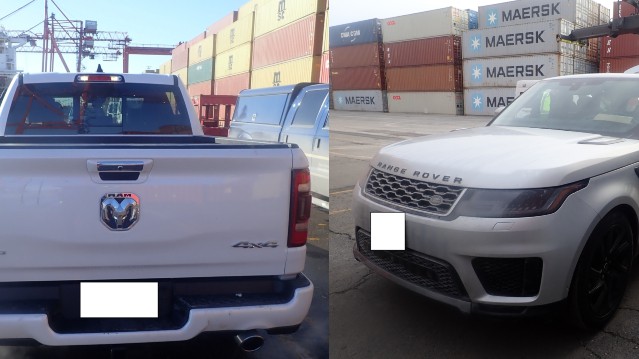 “Officers began the investigation in January 2020 after two pickup trucks were fraudulently obtained from a dealership in Oakville,” said Halton police in an official release.

“Through further investigation, officers learned multiple vehicles were being fraudulently obtained by the suspects, who then attempted to ship them out of Canada via the Port of Montreal to the Middle East and Eastern Europe.”

With the assistance of the Canada Border Services Agency, the vehicles were seized prior to leaving Canada, according to Halton police, who added that the vehicles were purchased from various dealerships in the Greater Toronto Area, including a local dealership in Oakville.

Police raided three separate locations in Mississauga and seized the vehicles, as well as electronics, and $4,700 in cash.

Police say the investigation is ongoing and more arrests and charges are expected.

Anyone with information is asked to contact Halton Regional Police Services or Crime Stoppers.