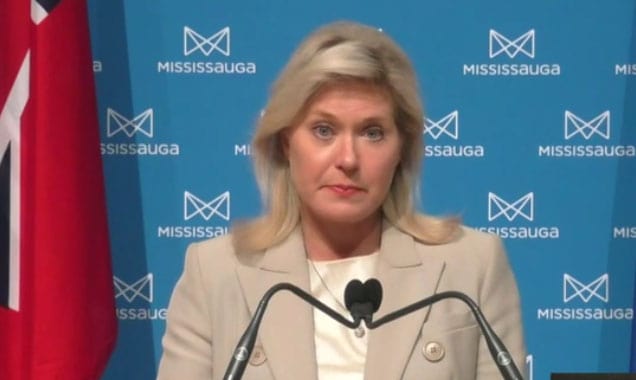 Mayor Bonnie Crombie, who was “extremely optimistic” about the downward trend in Mississauga’s COVID-19 case numbers, said her optimism took a slight hit after reviewing some data from Peel Public Health earlier this week.

Based on the data, she said she understands why Peel Region will open in the grey lockdown zone in the Province’s COVID-19 framework, instead of the red zone that she had been advocating for.

The data from Peel Public Health indicates that Peel is seeing an increase of variant cases and an increased infection rate, with every person who tests positive for the virus reportedly infecting at least one other person.

“The Grey Lockdown Zone will give us the opportunity to see how our COVID-19 case numbers play out, allowing us to balance the need to protect the community while also allowing many of our small businesses to reopen and recover,” Crombie said.

However, as not all businesses will be able to reopen, Crombie said she’ll be asking Peel’s top medical officer Dr. Lawrence Loh to review the region’s numbers every week in hopes of progressing to the Red Zone sooner rather than later.

“I truly believe that the current trend in the wrong direction is temporary and will begin to turn around in the coming days and weeks,” the mayor said.

Restaurants are still restricted to take-out and delivery only and gyms, movie theatres and other indoor businesses deemed non-essential (except for retail) are not permitted to open.

“Our small business community has had to pay an incredible price during this pandemic and are faced with an unfair and inequitable situation where neighbouring regions — literally across the street from Mississauga — have been allowed to open more fully in the Red Zone, while we are not.”

Crombie said she also called on the province to prioritize hot zones (including Peel and Toronto), for their vaccine allocation, and was pleased to hear that the Premier announced that direction on Friday.