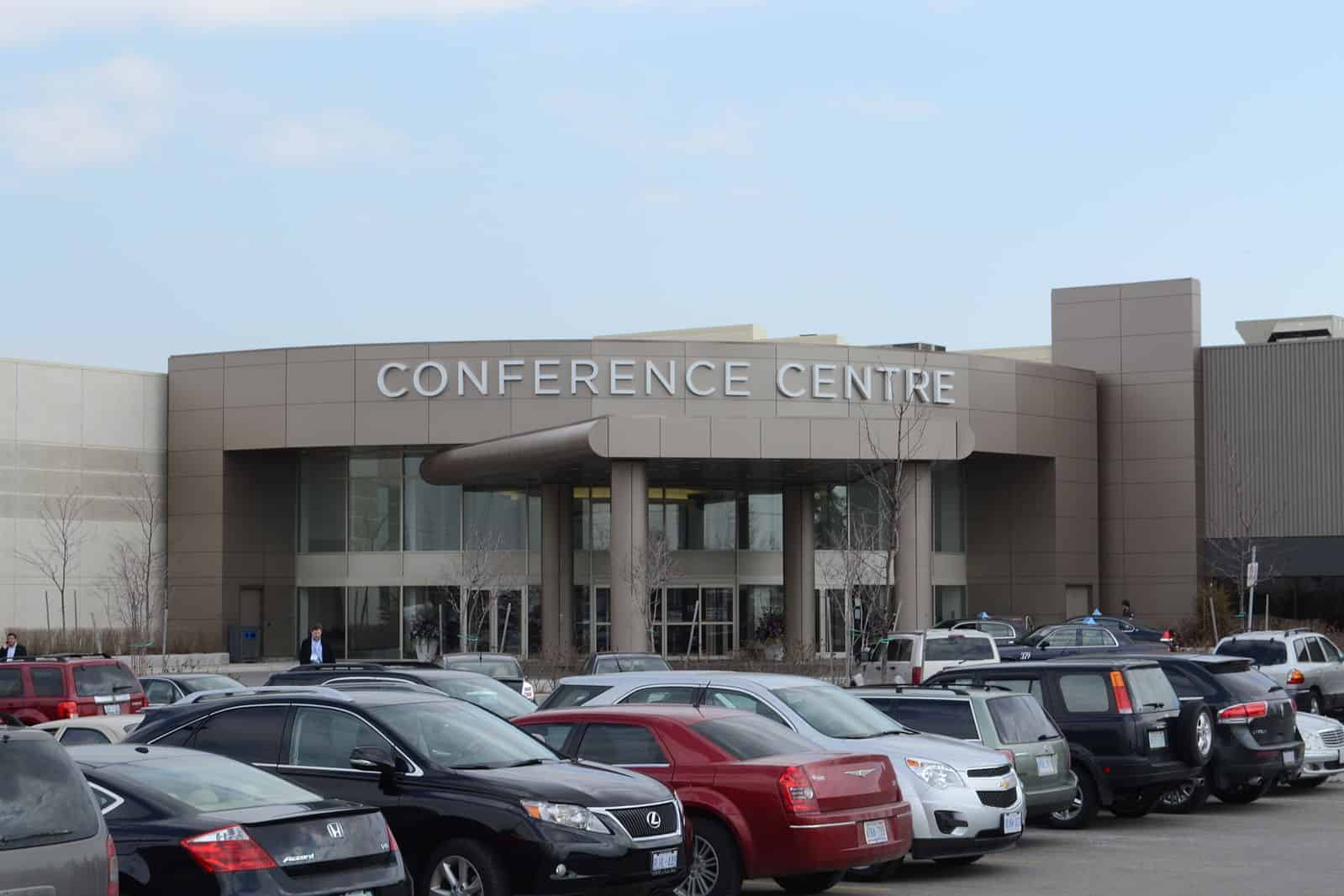 At a Feb. 3 council meeting–and at a press conference that was held later that day–Crombie said that the International Centre in Malton and Carmen Corbasson Community Centre in Lakeview are being examined as possible mass vaccination centres.

Crombie’s statement came a few weeks after the Region of Peel announced that it’s working to open community clinics in a bid to vaccinate Peel (Brampton, Mississauga and Caledon) residents “quickly, safely and efficiently.”

In a statement, the region said that the first community clinics, which will work to vaccinate health care workers, will be launched at 7120 Hurontario Street in Mississauga and 10 Peel Centre Drive in Brampton.

“At some point in late February or within the month of March, at least four community clinics will be ready to open, including 7120 Hurontario Street in Mississauga and 10 Peel Centre Drive in Brampton,” Peel Public Health said in an email to insauga.com

“Clinic opening dates will be finalized once vaccine supply is confirmed. We will be able to share more detailed information on sites as agreements are finalized and clinic ready dates are confirmed.”

In a January news release, the region said the clinics will first serve priority groups (such as seniors and those who are most vulnerable to severe reactions to the virus) and then expand to serve the broader community as supply becomes more readily available.

According to Peel Public Health’s website, 9,683 long-term care and retirement home residents have been vaccinated in Peel.

Although vaccination rates are expected to pick up in the coming weeks, the rollout has been plagued by shortages and delays.

This week, just 70,200 doses of the Pfizer-BioNTech vaccine are scheduled to start arriving.

Provinces and territories have already administered almost 90 per cent of the vaccines they have been sent. With this week’s new deliveries, there will be fewer than a quarter-million doses of vaccine available to be injected this week.

Maj.-Gen. Dany Fortin, the military commander in charge of the Public Health Agency of Canada’s vaccine distribution plan, has said this should be the final week of smaller shipments from Pfizer-BioNTech, which cut Canada’s deliveries by more than two-thirds over four weeks while a production site in Belgium was expanded.

Next week Canada is supposed to get around 335,000 doses, which would be the single biggest vaccine delivery to Canada thus far. Pfizer says almost 400,000 doses are to come the week after that.

Moderna, the only other company with a vaccine approved in Canada so far, delivers its vaccine once every three weeks and its next scheduled shipment isn’t supposed to be until the week of Feb. 22.

The company also shorted Canada on expected doses during last week’s delivery, a problem the company attributed to a slower-than-expected ramp-up of production with its Swiss-manufacturing partner Lonza.

However, Fortin said the company hasn’t given Canada a specific reason for the slowdown.

Health Canada could approve a third vaccine for use this week, this one from AstraZeneca. Two more are also being reviewed, with Johnson and Johnson’s vaccine possibly ready for a decision by the end of February, and Novavax’s potentially by April.

The three together would more than double the available doses to Canada this year, but the federal government has remained tight-lipped about when any of the vaccines would start being shipped.

Canada could also get about 500,000 doses of AstraZeneca’s vaccine from the global vaccine sharing program known as COVAX before the end of March.

Prime Minister Justin Trudeau has maintained that delivery delays are temporary and that Pfizer and Moderna tell him Canada is still on track to receive six million doses of their two vaccines by the end of March.

Health Canada projects with Pfizer-BioNTech and Moderna alone they will vaccinate three million people by the end of March, another 10 million in the spring, and any other Canadians who wish to be vaccinated by the end of September.