More like a “Political Blind Date” to be precise.

Mississauga Mayor Bonnie Crombie was set up with Conservative Party leader Andrew Scheer on a “platonic date” to bring two politicians with opposing viewpoints together to see if they can find common ground on a number of issues. The series is produced by TVO. 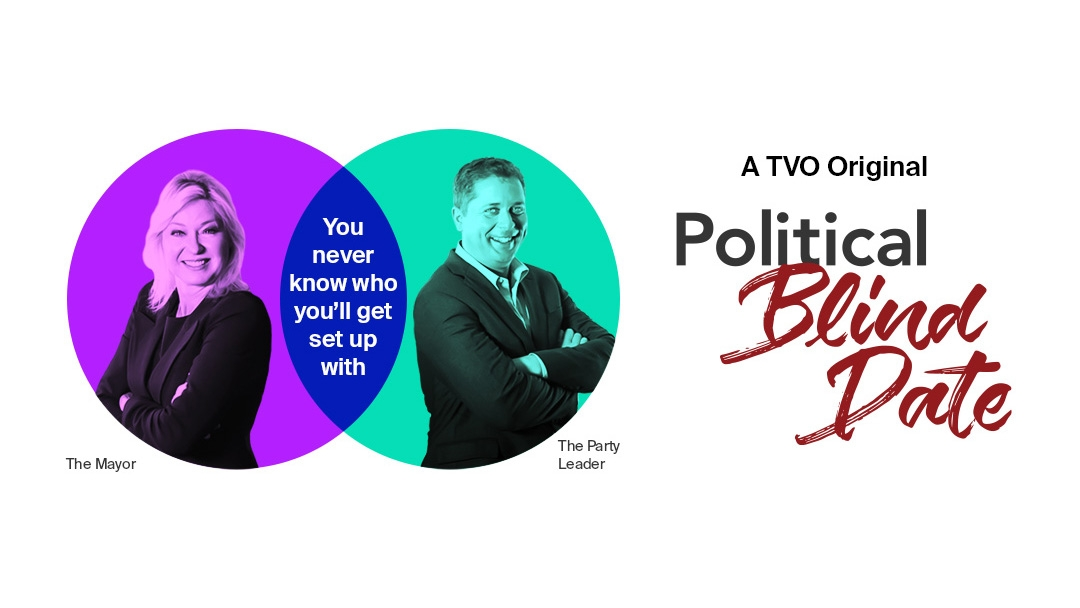 The issue that Crombie and Scheer had to discuss was the more ambiguous “urban rural divide” and whether governments should invest more in rural communities or Canada’s large urban centres. Scheer represents the riding of Regina—Qu’Appelle, which includes rural Saskatchewan and parts of Regina, while Crombie was the big city mayor from Mississauga.

Here’s how it works.

Each politician takes the other to a location that highlights their side of a relevant, debatable topic. The goal is to encourage one another to find common ground on their chosen issue.

“TVO Originals like Political Blind Date share thought-provoking, in-depth debates that explore social, economic and political topics,” says Lisa de Wilde, Chief Executive Officer of TVO. “The politicians featured in this program get outside of their comfort zones to explore a range of perspectives on the big issues of the day.”

In this episode, Crombie visited Regina to meet with Scheer, who took the mayor to meet with a family of Saskatchewan farmers where Crombie got to operate a combine. In Mississauga, Scheer was taken around a residential neighbourhood where Crombie asked him to guess the value of standard, single detached house.

Some takeaways from this episode were:

Overall, the interaction was rather cordial and not as contentious as some other politicians when discussing topics of a more controversial nature, such as gun control or safe injection sites. Perhaps it would be more interesting to have Mayor Crombie talk about something more specific instead of something she was readily prepared for because she’s been so immersed in those topics (affordable housing, public transit).

What is more revealing is the learning curve that Andrew Scheer has as someone aspiring to be prime minister of Canada. The Conservatives did not win any seats in the three biggest cities (Toronto, Montreal and Vancouver) in the last election, where urban issues like affordable housing and transit dominate the discussion. He sounded somewhat out of his depth when it came to learning about the challenges.

Many have criticized Scheer for just being “Stephen Harper with a smile,” without much difference when it comes to policies or understanding of regions where the votes are. Scheer still has eight months to change the minds of Mississauga and GTA voters and try to convince them that he understands the challenges of living in big cities. He might need to if he wants to be prime minister.