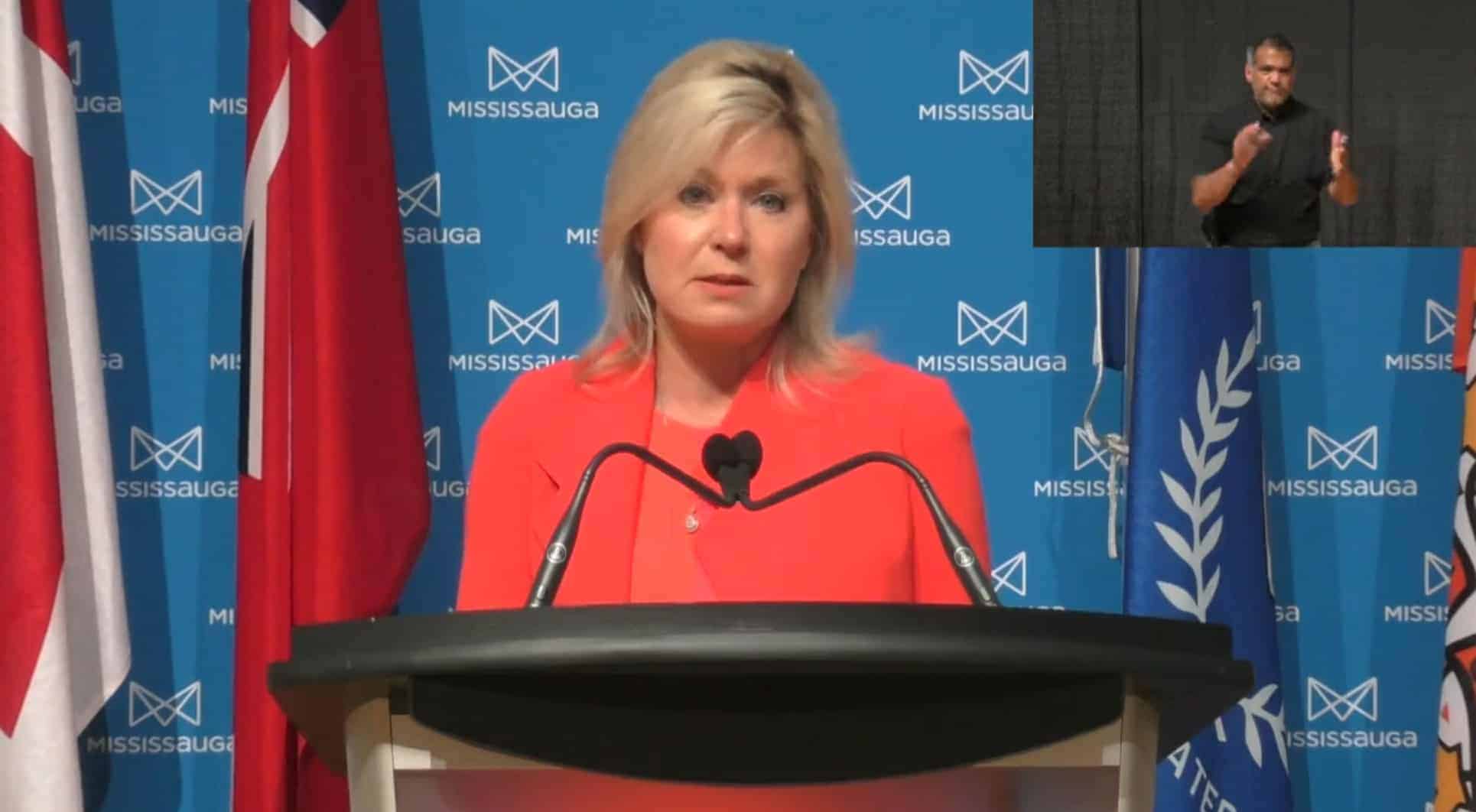 Speaking at a press conference Thursday morning, Crombie said prioritizing hotspots for second doses is a “winning strategy” for hard-hit areas like Peel, pointing out that the Region represents nearly 20 per cent of all new positive cases, yet receives just nine per cent of new doses.

Two-thirds of Peel’s new cases are in Brampton, where positivity rates are among the highest in Ontario.

Crombie said she is supportive of the re-opening plan from Queen’s Park, but said it’s only going to work if enough people get second doses of the vaccine.

Dr. Lawrence Loh, Peel Region’s Chief Medical Officer of Health, said there is an urgency to get second doses in arms because of the new B.1.617 ‘Delta’ variant that has recently been identified and is expected to become the dominant strain of the virus in the Region by the end of the month – weeks ahead of the rest of the province.

“We know the storm surge is coming and we know it’s going to land in Peel Region in a few weeks.”

First dose vaccination rates in Peel Region sit at nearly 70 per cent, but second dose numbers are just four per cent, a figure that will have to change in a hurry to avoid a fourth wave, Loh said.

Crombie is confident the Region can get ahead of the new variant if they get enough doses of the vaccine.
“When businesses open I want them to stay open. No more lockdowns,” she said. ‘And the best way to do that is to prioritize hot spots for second doses.”

“Keep the faith that all the hard work we’ve put in will pay off.”