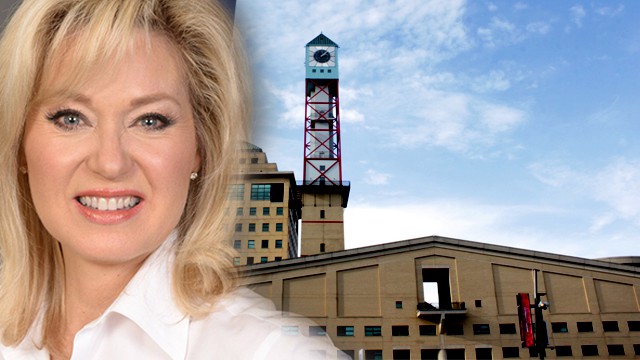 A year ago, Mississauga elected its first new mayor in over 30 years.

Having lived (and, many would argue, thrived) under the steadfast leadership of Hazel McCallion for over three decades, the city wasn’t terribly ready for change and it chose, in many ways, a safe and vetted candidate.

Some people might have argued that electing Bonnie Crombie, the current mayor, was a little “meet the new boss, same as the old boss.” Those people wouldn’t be entirely incorrect. Racing to the top of the polls with a Thanksgiving endorsement from the beloved mayor, Crombie ushered in a more youthful era of municipal governance that came with the coveted McCallion stamp of approval. She was new, but familiar.

A tried and true liberal with a background in federal politics, Crombie inherited a healthy but challenged city — a city facing a $1.5 billion infrastructure deficit, aging buildings, congested roads and major decisions to make in terms of taxation and transportation.

While the road ahead is long and the journey unpredictable, Crombie’s first year in office has been a good one. She’s shown principle, restraint, consideration and concern. She’s kept policies that work and implemented new initiatives that, while somewhat untested, are innovative.

Here’s a look at some of her achievements.

When Crombie ran for mayor, she supported the somewhat controversial Hurontario-Main LRT project. After the election, she announced that the project could only move forward if it was fully funded by the province. It was a move that showed fiscal restraint and concern and her request was honored back in April when the province pledged to fund the Metrolinx project to the tune of $1.6 billion. While some voters do not want the LRT to move forward, it’s hard to argue that a transportation overhaul is unnecessary. It’s a step in the right direction and Crombie seems to recognize that.

During the recent federal election, Mississauga joined the Federation of Canadian Municipalities in order to raise awareness of the need to Vote for Cities. The organization seeks investment in the infrastructure and transportation sectors of big cities like Sauga. It also focuses on growth, development and affordable housing. Mississauga, like so many other urban centers, needs federal investment and it was wise for Crombie to hitch herself to that wagon, especially in lieu of the promises some candidates were making regarding increased infrastructure investment.

In February, Crombie launched the Mayor’s Advisory Board on Poverty and Homelessness. Like any big city, Mississauga is home to people struggling with great financial hardship. With a lack of affordable housing available to lower-income residents, the board — which has a variety of advisors that include food bank operators, police officers, non-profit employees and social welfare advocates — is a positive creation that should, ideally, work towards combating poverty and assisting needy residents in a long-term, sustainable way.

Grade B+
(with these sorts of things, it’s important to see results rather than discussion and it’s early to judge impact).

The world has never been smaller and Crombie is focusing on building partnerships with places far beyond Sauga’s borders. The Mississauga International Partnership Program sells Mississauga to international businesses (namely South American ones at the moment). It’s an interesting and ambitious plan that’s decidedly “outside the box.”

Early in Crombie’s short tenure as mayor, a tax increase of 2.3 per cent was passed. While modest, this unnerved some residents wary of forthcoming hikes. While any tax increase — necessary or not — is a hard sell, Crombie and council have been honest about the need to invest more, particularly in the city’s transportation system. In terms of transparency, residents have a lot of access to specifics and can see them here.

When it comes to pressing and contentious social issues, Crombie has shown a refreshing amount of principle. During the heated debate surrounding the construction of the Meadowvale Islamic Centre, Crombie not only cast her vote in favor of the long-delayed project, she castigated some critics for dispensing overtly offensive material accusing the mosque’s leaders and supporters of essentially being un-Canadian sexist extremists. She strongly condemned the proliferation of graphic, gory abortion pamphlets distributed to Mississauga homes by the Campaign Life Coalition. While being careful not to take a stance on the contentious issue, she said the “graphic and unsolicited flyers” should not be “carelessly distributed” and potentially seen by children. She has also worked to raise funds to help Syrian refugees.

She has taken a fair stance against police street checks or “carding.” While Peel Police Chief Jennifer Evans initially refused to suspend checks, Crombie rightfully challenged a tactic that’s been shown to unfairly target people of colour. It’s a principled position to take and she’s been steadfast in her mission to end the practice. While the chief initially rebuked her and other public official’s call to end the practice, the province is on her side. Ontario’s brass recently announced that carding will end this fall. While it’s not clear how the new regulations will be enforced, Crombie can take comfort in the fact that she stood on the right side of the issue.

In a city as diverse as Mississauga, it’s important to have a mayor who addresses bigotry, shock tactics, human rights concerns and worrisome law enforcement practices that foster resentment and distrust. While not everyone will agree with her stances on these issues, it’s good that she takes them and does so unequivocally. It is, if nothing else, transparent.

How has Mayor Bonnie Crombie done in her first year as Mayor?
[[nid:6259]]