The urge to keep scratching made a Brampton man $250,000 lotto winner
Greyhound Canada to stop servicing Ontario and Quebec, halting all Canadian operations
Residents can post signs reminding Mississauga drivers to slow down
Police searching for people who fled vehicle after crash in Mississauga
Canadian politicians losing trust of public due to handling of pandemic: survey

“I’m mad as hell…and I’m not going to TAKE THIS ANYMORE!”

That was the famous line from embattled news anchor Howard Beale in the 1976 satirical drama film Network over the general state of media and society. But lately that anger has been channelled at Mississauga city hall by some elected officials incensed over Doug Ford’s decision not to allow the city to leave the Region of Peel.

After an almost year-long review of regional government, Ford ended up deciding to do nothing after all, instead giving $143 million for all 444 Ontario municipalities to find efficiencies. However, Mississauga’s politicians wanted separation from Peel, which the city has been a part of since 1974, saying the city’s growth and potential has outpaced the need for a two-tiered governing structure.

Ford’s decision didn’t sit well with Mayor Bonnie Crombie or Ward 5’s outspoken councillor, Carolyn Parrish, who has been one of the loudest voices pushing for separation. 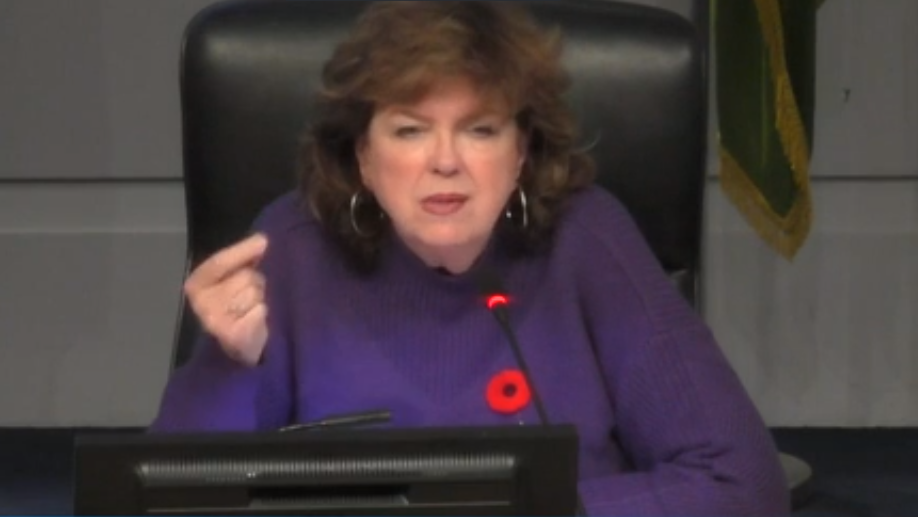 “This whole process has been a joke. It made me sit and think about what we did wrong,” Parrish lamented, adding how she and Crombie, both former Liberal MPs, had to ‘bite their tongues and ‘behave themselves’ while the Ford government was implementing its numerous program cuts.

Meanwhile, Brampton Mayor Patrick Brown and his council were more forceful in demanding a ‘fair share for Brampton’, such as more health care dollars, all the while during this regional review when they weren’t sure if Ford would grant Mississauga’s request.

“We keep getting coddled for the past five months, hearing rumours out of Queen’s Park, Doug Ford saying ‘Mississauga is different’, thinking that it’s finally happening. We ‘behaved’ ourselves and I bit my tongue so much I think I bit off a piece of it,” Parrish said.

“What did we get from our not complaining? Sweet Fanny Adams,” Parrish continued, alluding to how it was actually a brilliant strategy from Queen’s Park to ‘placate’ Mississauga until the province essentially no longer needed them.

Parrish read off a number of statistics to show how Brampton and Caledon had more democratic representation on regional council than their populations and financial contributions allowed. She also said she regretted not having done more research so as to present a case that was easier for the general public to understand.

The Ward 5 incumbent put forward a motion that was as direct as she normally is, demanding the province grant independence to Mississauga by 2022.

Parrish tweeted about the seat issue recently. A few years ago, Mississauga attempted to pass a motion at the region to take seats from Caledon and give them to Brampton, but that motion was not successful.

Ford had alluded that reforming the size of other municipal councils was one of the drivers in the municipal review. “Would you believe in the Niagara Region, they have 118 councillors for 500,000 people? Toronto has 25 councillors for 2.8 million,” the premier said back in March.

As for Parrish, the idea of Mississauga’s independence from Peel is not yet dead.

“We’re going to demand independence from the region by 2022, and we’re going to have to start behaving like very, angry children. I am suggesting we start lobbying missives on a regular basis. I’m disgusted. I’m a bit ashamed because I should have been doing more research. I want the world to know that we are damn unhappy and that we’re not going to take it anymore.”

Ever the one to adopt a more diplomatic approach, Crombie was a little more reserved although she saved some jabs at Brown for “lying” about the financial consequences. 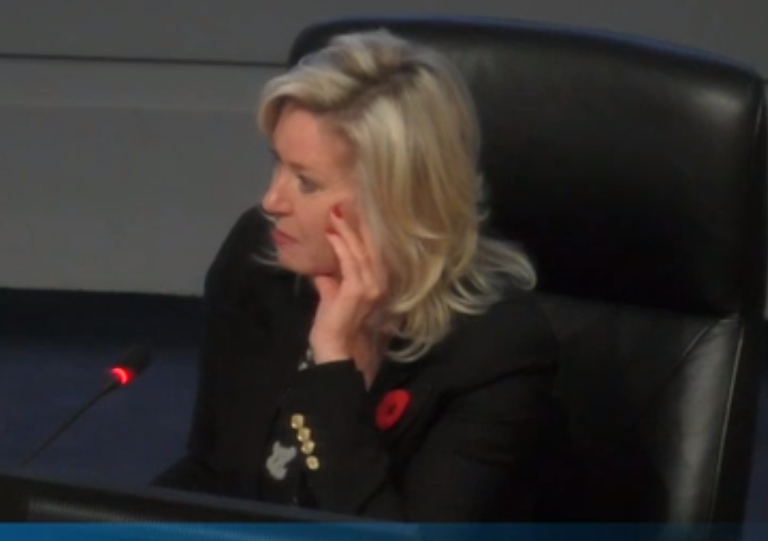 “I think you all are aware of how disappointed I am on this issue. I think there is still opportunity to convince (Ford) that we can go it alone as the third-largest city in Ontario. I do feel like we were given some false hope, I don’t know what happened, I don’t know why they decided to backtrack, but I hope they know that this is the right thing for Mississauga.”

“I don’t like the way (Mayor) Brown was basically giving a lie and saying this would have cost us money. Mississauga sends $84 million to the region and subsidizes them by 60 per cent, yet we don’t have a fair democratic vote on council. I am deeply disappointed,” Crombie added.

Maybe I can help ‘Madam Mayor’ a bit when it comes to why she didn’t understand why Ford would change his mind: last week’s federal election may have something to do with it.

The Ontario PC leader saw his federal cousins go down in spectacular defeat as the Liberals swept all the Brampton and Mississauga ridings, essentially increasing their popular vote from 2015. Perhaps the premier who says he’s always ‘for the people’ took a cue from the people and tampered down the more ambitious parts of his governing agenda.

Some may feel bad for Crombie, but others may not. The mayor spent almost the whole year placating and capitulating to the self described ‘first-ever government for the people’ in the hopes that Hazel McCallion’s long-lasting wish to make Mississauga an independent city would be granted, while giving herself one hell of a legacy item to hang on her proverbial trophy case.

Overall, this whole thing felt like an elitist exercise from the beginning, mainly understood by those who work for the City of Mississauga, its elected officials and the oddball political pundits and municipal government wonks who live and breath these type of issues.

For the average person just trying to get to work on time, take the kids to school, pay for the groceries and keep the lights on, it seemed like some fantasy far, far away from normal life.

If the city wants to continue with achieving this goal, they need to make sure all of Mississauga understands what is at stake for each and every person living here.

New Starbucks location now open in Mississauga
When the coffee gods close a door (or many doors), they often open a window.
END_OF_DOCUMENT_TOKEN_TO_BE_REPLACED