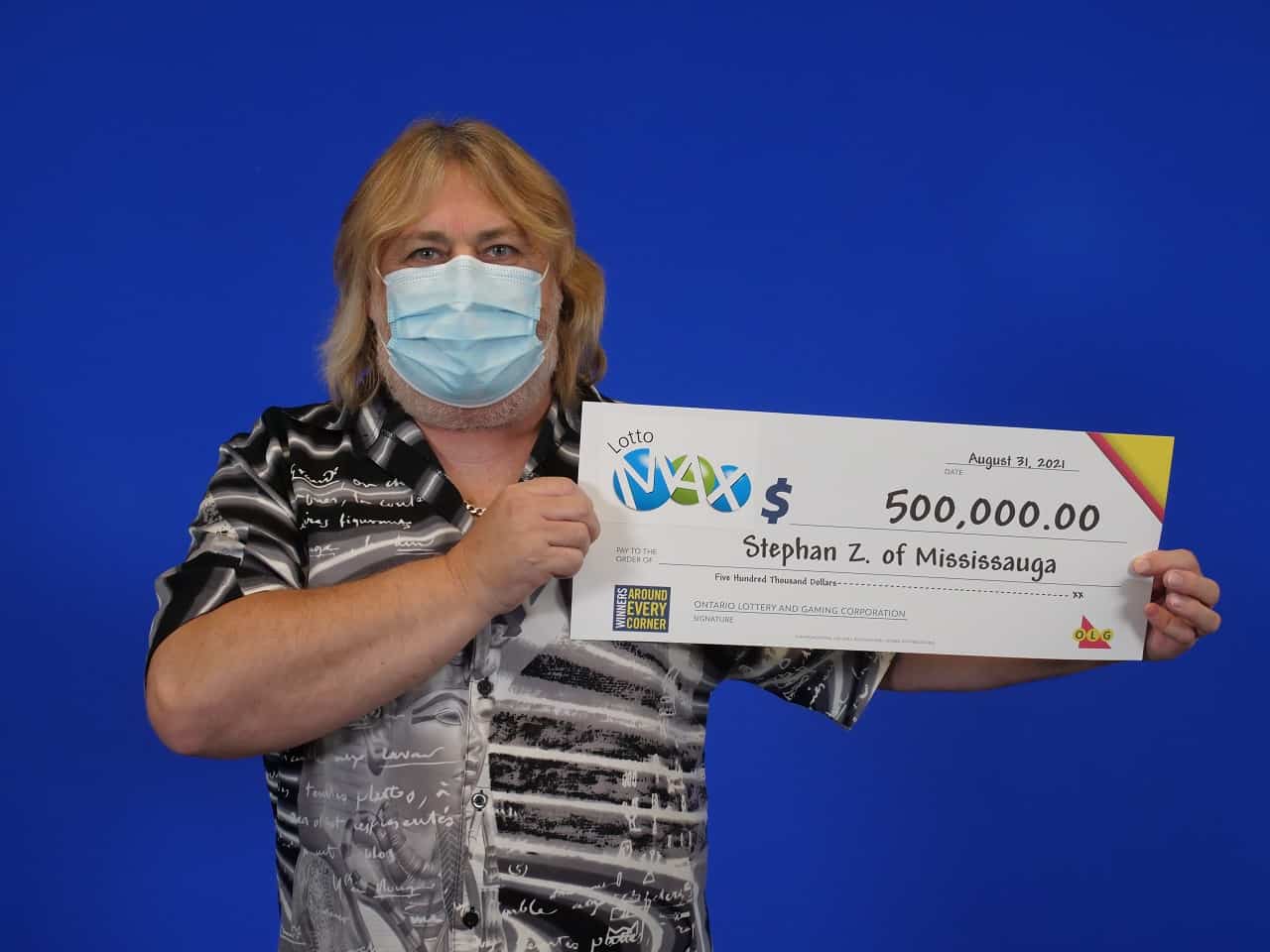 The now-retired skilled tradesman cashed in his winning ticket from the June 15 Lotto Max Maxmillions draw recently at the OLG Prize Centre in Toronto. He shared the $1 million pot with one other ticket holder.

Zimmermann, a regular lottery player for decades, said he has definite plans for the money.

“I’ll be accelerating my retirement by six weeks, which is great,” said Zimmermann, who bought the winning ticket at Mobil, on 45th St., in Wasaga Beach. “I plan to travel to eastern Canada to explore purchasing property out there.”

Zimmermann regularly plays a number of lotteries, including Lotto Max, Lottario and Lotto 6/49, and said he checked his winning numbers in the store.

“I’ve been playing the lottery since the Wintario draws. This is my largest win,” he said, adding someone else was even more pleased with the good news. “When I saw I won $500,000, I didn’t believe it. I checked it again and it said the same thing. I told my son, and he was happier than I was.”