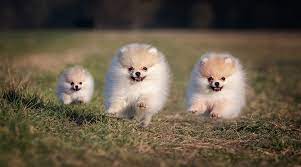 A 70-year-old Mississauga man has been charged with impaired driving and injuring an animal after a small dog was dragged alongside a moving vehicle in Erin Mills on Wednesday afternoon.

Peel Regional Police say several witnesses stopped the vehicle and rescued the seven-month-old Pomeranian, which was on a leash and being dragged near Winston Churchill Blvd. and Destination Dr., near Erin Mills Town Centre, at about 4 p.m.

Police say the driver of the car dropped the leash and quickly fled the scene.

The dog, named Sky, was taken by Mississauga Animal Services to an emergency vet hospital in Oakville, where it was treated for its injuries. The animal is expected to make a full recovery.

Police later located the vehicle at a Mississauga home.

Jose Tavares, 70, is charged with injuring an animal, possession of a weapon for a dangerous purpose, and impaired driving.

The Oakville veterinary hospital treating Sky has received countless offers of financial donations in the wake of the incident, but is unable to accept. Those interested in donating are asked to do so at their local humane society instead.