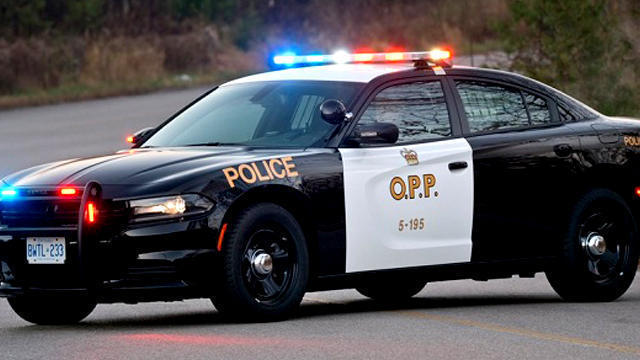 A Mississauga man is facing 14 charges after allegedly fleeing from police and driving on the wrong side of the 401 while intoxicated.

The Leeds County Detachment of the Ontario Provincial Police (OPP) says that on June 18, 2020, officers learned that a vehicle fled at a “high rate of speed” when an officer at a neighbouring detachment attempted to conduct a traffic stop.

Police allege that the vehicle was stolen and was seen travelling westbound on Highway 401 near Cardinal. According to police, officers used a tire deflation device in an effort to stop the vehicle, which continued westbound and collided with an OPP vehicle before driving eastbound in the westbound lanes.

Police say two other police vehicles were damaged, but officers were able to safely stop the vehicle near Gananoque.

Police say Sukhwinder Singh, 27, has been charged with fleeing from a peace officer, possession of property obtained by crime under $5,000, impaired driving, identity fraud, dangerous driving and more.

“Driving the wrong way on the highway is extremely dangerous behaviour”, said Acting Inspector Joshua Kingsley in a statement.

“We had officers focused on stopping the suspect vehicle while others were attempting to slow down westbound traffic for public safety.”

Police say one officer received minor injuries when his vehicle was struck.