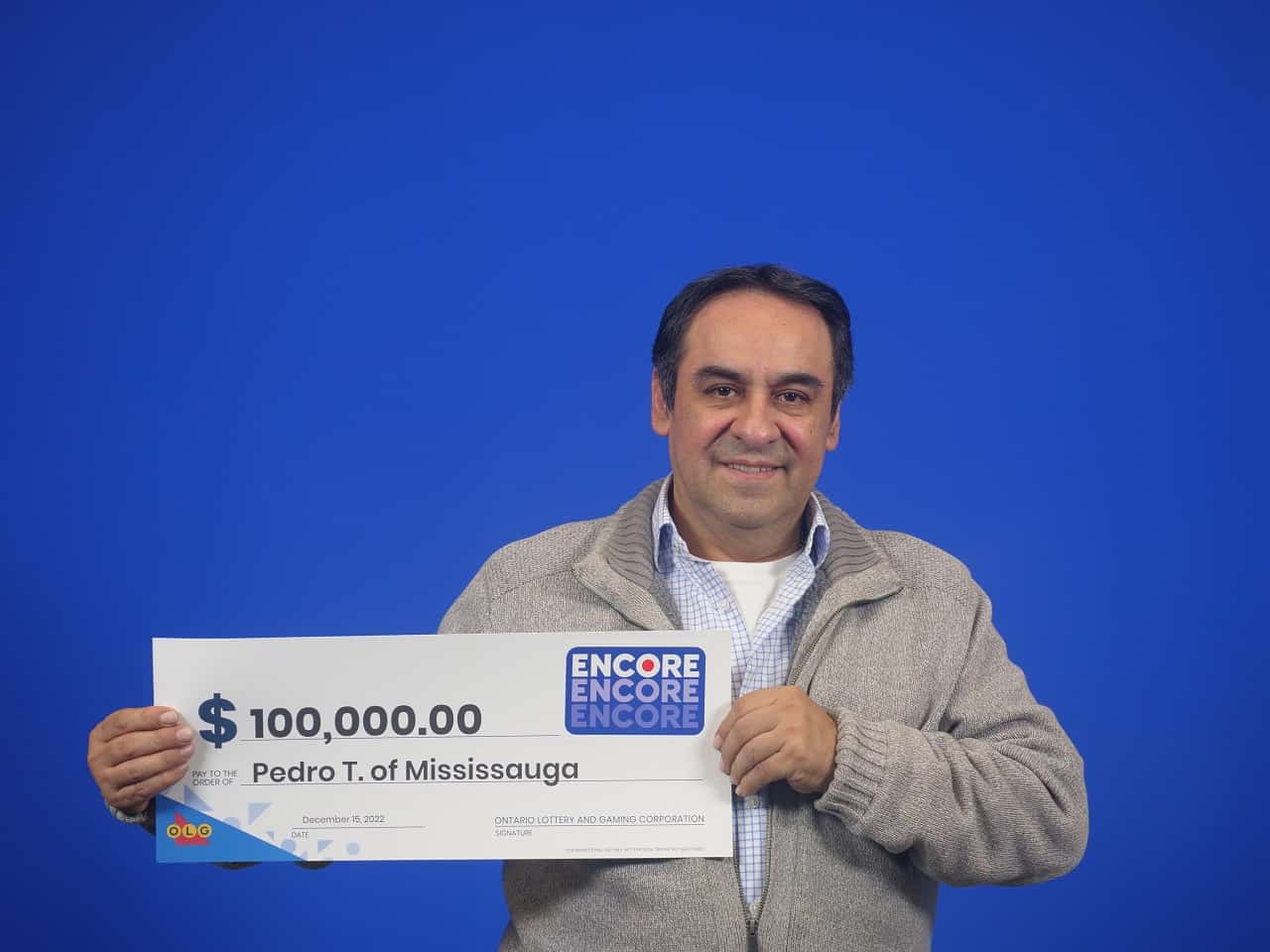 Pedro Tafur recently had to add an important item to his to-do list while heading home one night–and it was an extra task he was more than happy to tackle.

The Mississauga man had to stop for gas and pick up dinner for his daughter’s birthday. While at the gas station, he checked his Lotto 6/49 ticket from the Oct. 26 draw and found he had won a $100,000 Encore prize.

His ticket matched the last six of seven Encore numbers in exact order to win the big cash prize.

So, he quickly began work on his extra task–planning how the prize money was going to be spent.

“I stopped for gas on my way home and while I was there, I checked my ticket,” Tafur shared while at the OLG Prize Centre in Toronto to pick up his winnings. “I was shocked. I went out to the car and called my wife. I had to pick up dinner for my daughter’s birthday. She didn’t believe me when I told her.”

He says his wife then told their daughter that she was their good luck charm.

“I feel so blessed; I never dreamt this would happen. It’s hard to describe the feeling,” he said.

Tafur added he’s been a regular lottery player for the past 10 years.

Tafur plans to pay some bills and share the winnings with his children.

“I’d love to treat my family to a trip. And maybe a nice watch for myself,” he said.

The winning ticket was purchased at the CNIB kiosk in Walmart, on Matheson Blvd. in Mississauga.