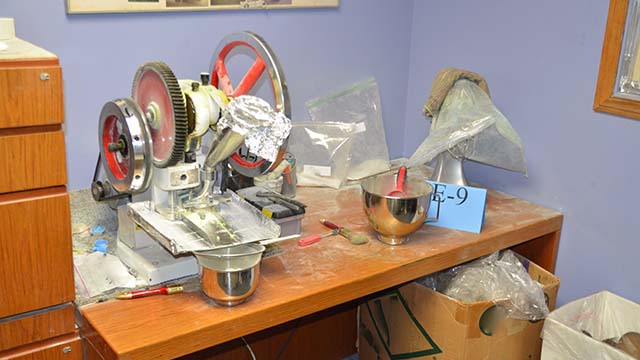 A Mississauga man has been charged with numerous offenses in connection with an anabolic steroid smuggling and distribution ring.

On Monday, Dec. 12, the Canada Border Services Agency (CBSA) announced that Mississauga man Eric Singh and Woodbridge man Emilio Sinapi were arrested and charged with “numerous counts of smuggling and possession, purchase, selling, exchange, acquiring or disposing of unlawfully imported goods under the Customs Act; importation, production, possession for the purpose of trafficking under the Controlled Drugs and Substances Act; and conspiracy to smuggle anabolic steroids without authorization contrary to the Criminal Code of Canada.”

According to the CBSA, officers from the organization’s Criminal Investigations Section in the GTA executed search warrants and arrested the men on Dec. 1 as part of an ongoing investigation.

The investigation began in February after steroids were intercepted and seized at the CBSA Vancouver International Mail Processing Centre. Further investigation revealed links to previous steroid seizures from centres in Vancouver and Montreal

“The CBSA conducts investigations of border-related criminal non-compliance and prosecutes offenders to the full extent of the law; our investigative efforts are focused on activities and offences posing the highest risk to Canadians,” says Goran Vragovic, CBSA Regional Director General, Greater Toronto Area Region. “I applaud the great work of our Criminal Investigators for these arrests and the dismantling of two drug labs in the GTA, keeping our communities safe and secure.”

Over the course of the investigation, an estimated 36,500 tablets, over 11 kilograms of raw powder, 15,000 millilitres of liquid containing suspected steroids and other controlled substances, a commercial pill-press and $12,000 (undisclosed cash) were seized.

Both of the accused appeared at the Brampton Provincial Court on Dec. 2. They have been released on bail.