Mississauga lotto winner sees a relaxing beach in his future 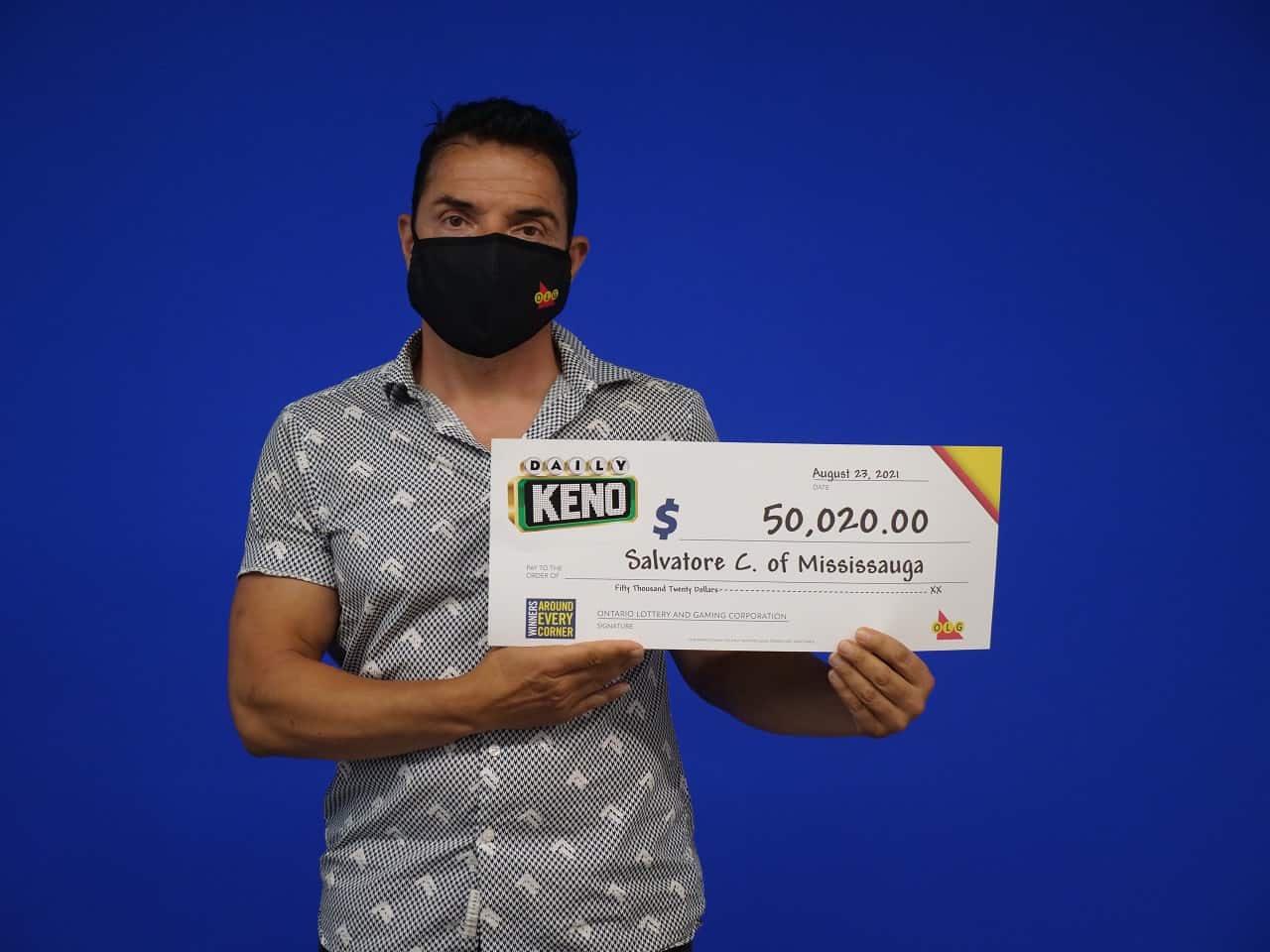 Salvatore Calabretta has always used significant dates to choose his lottery numbers, and that approach has paid off for the Mississauga man with a $50,020 win in the Daily Keno 8 Pick draw.

Calabretta, 54, won $50,000 on a Feb. 11 ticket, and added $20 in winnings from another Keno ticket. Collecting his prize at the OLG Prize Centre in Toronto, he said he’s a regular Daily Keno player.

“It’s my favourite game. I play regular numbers with significant dates,” said Calabretta, who couldn’t believe his luck when he checked his numbers on the OLG site. “I was shocked. I had to check it twice to make sure.”

The married Mississauga man, and father, is planning a vacation when it’s safe to travel.

“I see a relaxing beach in my future. It’s an incredible feeling,” he said.

The winning ticket was bought at Busy Bee Mart, on Alexandra Avenue in Mississauga.