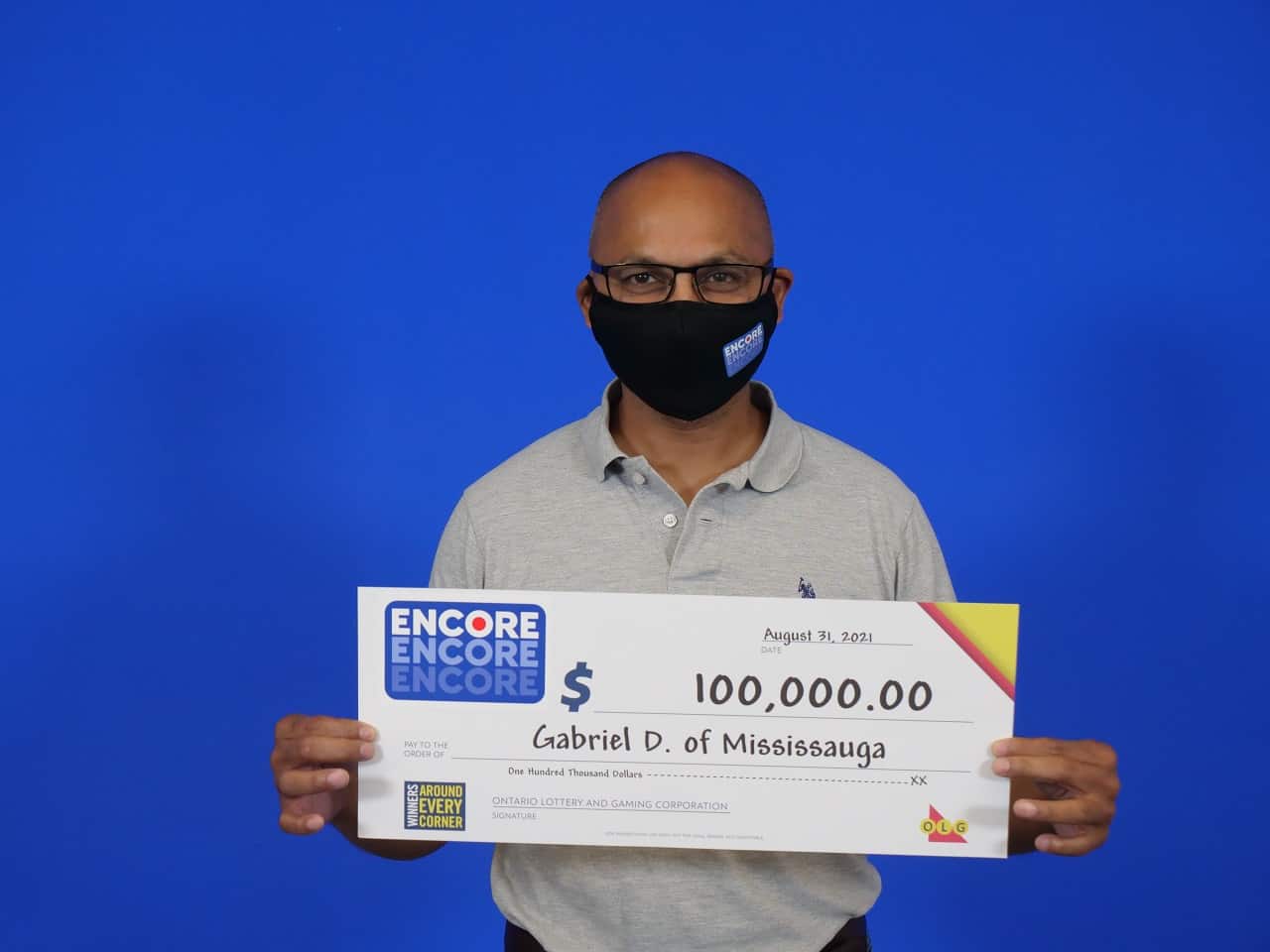 Mississauga's Gabriel D'Souza said he had to convince his wife their ticket had actually won $100,000.

Gabriel D’Souza’s wife initially ignored his text telling her they had won $100,000 on a Lotto 6/49 Encore ticket.

Then, according to the 55-year-old Mississauga man, the next day when he tried again to share the news, she didn’t believe him when he told her the June 9 ticket was a winner. He had learned the good news when he checked his ticket using the OLG Lottery app.

“The Big Winner screen popped up and I was quite surprised,” D’Souza, an occasional lottery player for more than 30 years, said when he picked up his winnings at the OLG Prize Centre in Toronto.

“I texted my wife to let her know and she ignored it. I brought it up to her the next day and she said ‘yeah right’,” he added, with a laugh.

“When I buy tickets, it’s always for Lotto 6/49 or Lotto Max, and I always add Encore,” said D’Souza, who plans to invest his winnings. “I’ve been playing on and off for more than 30 years. It feels great.”