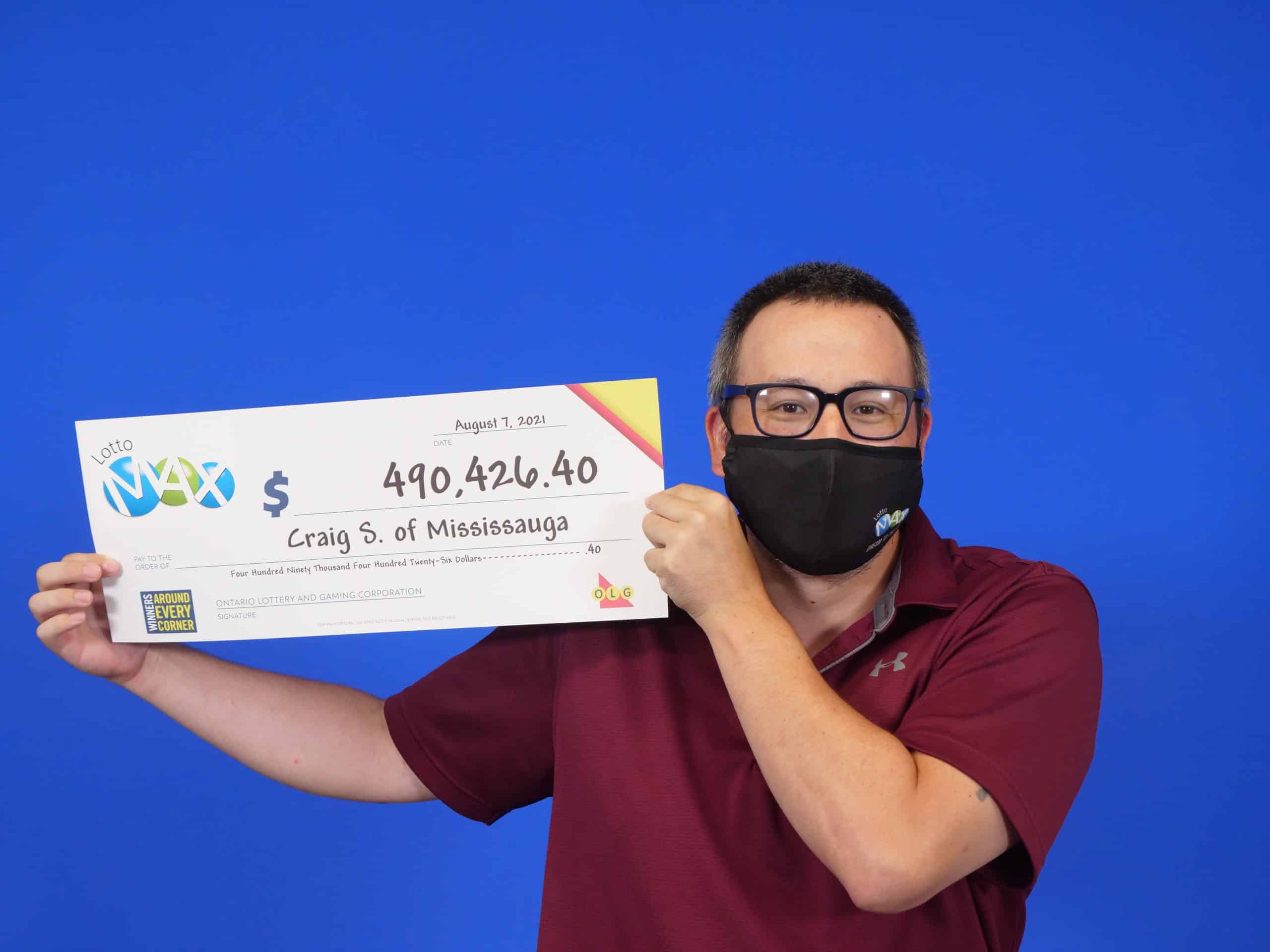 Craig Shinde’s strategy of only playing the lottery when the jackpot is huge has paid off with a $490,426 win for the Mississauga father of two.

Shinde, 40, won second prize in the June 15 Lotto Max draw. He bought the winning ticket at Petro Canada on Walkers Line in Burlington, and told OLG officials he only plays the lottery when the jackpot is high.

“I like to check my tickets by matching the numbers from the website,” said Shinde. “When I scanned it to confirm, I was shocked and started shaking.”

Shinde plans to buy a house and a new car, while also sharing some of the winnings with family.