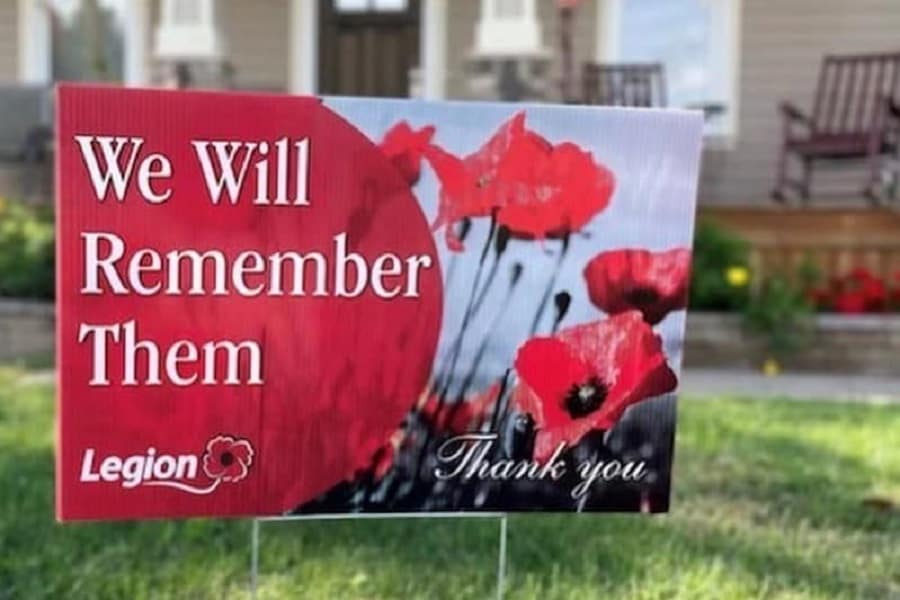 Mississauga officials will take their lead from the federal government on whether to raise and then lower again all flags at City facilities to mark Remembrance Day next Thursday.

Flags have been at half-mast at all federal buildings and City of Mississauga buildings—in addition to facilities in other municipalities—since earlier this year following the discovery of hundreds of unmarked graves of Indigenous children at former residential schools in both Kamloops, B.C. and Saskatchewan.

City staff told councillors yesterday that “we are following the lead of the federal government” on the matter, pointing to the ongoing debate in Ottawa as to whether to raise and then lower the flags again to honour the soldiers who have died fighting for Canada in the past century.

Mayor Bonnie Crombie said she believes raising the flags and lowering them again is the best approach.

Prime Minister Justin Trudeau said he’s confident a solution will be reached so Canada can honour its fallen soldiers by lowering flags at federal buildings on Remembrance Day.

He said the government is speaking with Indigenous groups to come up with ways in which flags can be raised, then lowered again.

The Royal Canadian Legion has said it will raise the flag, then lower it at the National War Memorial in Ottawa on Nov. 11.

The Legion is in charge of what happens at the memorial on Remembrance Day, and it has recommended Legion branches also hoist and lower the flag at services at cenotaphs across the country.

Meanwhile, Remembrance Day ceremonies in Mississauga will once again be scaled back as City officials continue to take COVID-19 precautions.

A Remembrance Day ceremony for staff will be held in Celebration Square.

Ward 1 Councillor Stephen Dasko said there will be no parade from Port Credit Legion on Nov. 11, just a gathering at the cenotaph to mark the occasion.

In Streetsville, Ward 11 Councillor George Carlson said a ceremony will be held at the Legion, the same as last year, and that the event will be a smaller-scale affair.

“It’s a very truncated process this year,” he said.