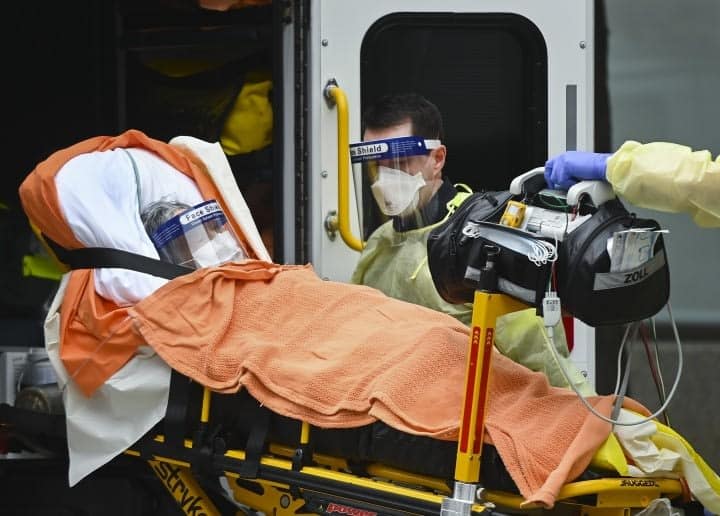 A proposed class action against a prominent nursing-home company now covers all its facilities, including those hit hardest by COVID-19, and seeks more than $200 million in damages, according to a fresh statement of claim.

The unproven claim alleges Extendicare failed to respond properly to the pandemic and was negligent in the care of residents.

“The plaintiffs plead that the defendants behaved in a reprehensible and unconscionable manner by failing to implement an adequate COVID-19 response plan,” the suit alleges.

“The defendants had a history of failing to implement properly, or at all, an adequate infection-control program.”

Extendicare has a Mississauga location at 855 John Watt Blvd.

A similar $500-million lawsuit announced on Wednesday also names Extendicare as well as other long-term care providers across Ontario such as Chartwell and Sienna Senior Living.

The unproven claim also names the Ontario government along with several cities, such as Toronto, Essex, Ottawa and Hamilton. The suit is the first to allege multiple branches of government were culpable for COVID-19 deaths, its lawyers said.

A second Extendicare-run facility, Orchard Villa in Pickering, Ont., has had at least 70 deaths, according to the latest provincial data.

The proposed lead plaintiff, Peggy Hannon, is a disabled resident of West End Villa in Ottawa. Her claim would include all residents of an Extendicare facility as of Jan. 25, 2020 or, if they have since died, their estates. Hannon’s daughter, Suzanne Zagallai, proposes to represent relatives.

“Extendicare owns or manages the two most severely devastated long-term care facilities in Ontario,” Stephen Birman, one of the plaintiffs’ lawyers said in a statement. “Extendicare continues to be cited for infractions regarding infection control.

In a statement on Wednesday, the company said it would respond to the allegations through “appropriate legal channels” in due course.

“Our focus at this time is solely on providing quality care to our residents, and supporting our families and team members,” the statement said. “Our hearts are with our community and those who have lost loved ones to this virus.”

According to its corporate profile, the company’s 23,000 employees operate or provide contract services to a network of 122 long-term care homes and retirement communities.

The proposed Extendicare class action was initially filed in September only against West End Villa in Ottawa and sought $16 million.

Since then, COVID-19 has ravaged other facilities, including Tendercare. Among those who have died there recently was Ping Qiu.

As recently as last month, a government inspection after a deadly COVID-19 outbreak that affected residents and staff cited Tendercare for violating infection-prevention protocols. Issues included “inconsistent” controls and an inconsistent supply of protective gear.

In a tweet, last June, New Democrat Leader Jagmeet Singh denounced Extendicare for short-changing residents to the benefit of shareholders.

“During the worst of the crisis, Extendicare gave $10 million to shareholders when only spending $300,000 on care of seniors and while dozens of seniors died from in their care,” Singh said.

The plaintiffs also note that Extendicare Care in the United States paid $38 million dollars in October 2014 in a settlement after an investigation into some of its American facilities. Soon after, the company announced the sale of its American portfolio for US $870 million.